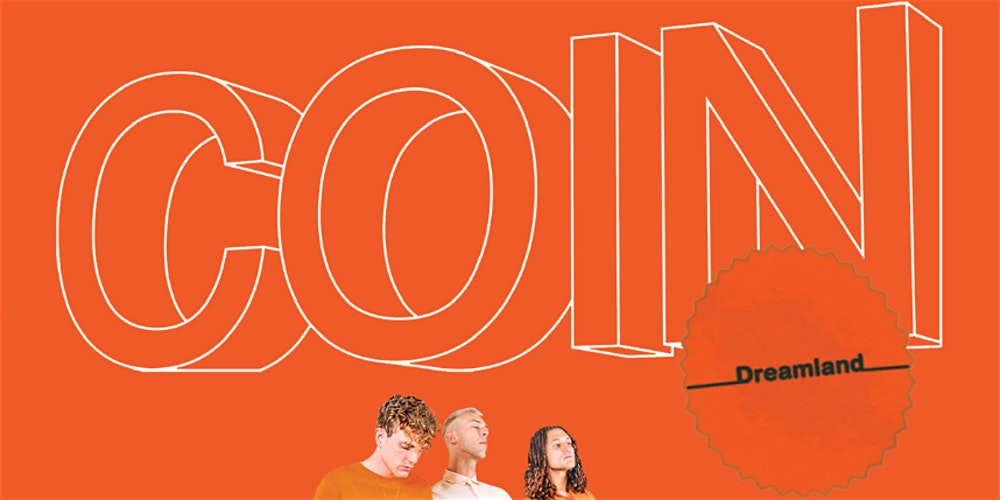 I spent my high school years driving around listening to COIN’s first two albums and I think it would be safe to say they are a big part of the soundtrack of my life. COIN is one of those bands I could listen to forever and not get tired of; I was ecstatic when they dropped Dreamland and this album does not disappoint.

Opening with “Into My Arms”, Dreamland immediately makes itself known as a good classic indie-pop record, joining previous self-titled COIN and How Will You Know If You Never Try. Less ‘windows down summer indie’, the next tracks “I Want It All” and “Simple Romance” both give off a slightly different feeling than the rest of the album; with both being co-written/produced by Mark Foster of Foster The People, it makes sense.

“Crash My Car” is probably the most musically powerful song on the album, being born out of wanting a song louder than “Talk Too Much” (their most popular song). The story behind “Crash My Car” is a perfect example of the band’s impact, and also why I was so eager for this third album.

“The day after we played Music Midtown in Atlanta [in 2017], we played for like 15,000 people and we heard thousands scream “Talk Too Much.” I knew, the next day, we had to write a song louder than “Talk Too Much.” I was so inspired. We went to the studio, literally the next morning, and “Crash My Car” came out in probably three hours. But we didn’t have a story. There was a chorus, there was some lyrics… it didn’t really say much. Then in October [2017], a girl came to a show in Oxford, Mississippi. After the show, she stuck around to tell me that she got in a very bad car accident on the way to the show in Little Rock, Arkansas. Her car was literally totaled — completely totaled. She showed up, still. She drove her totaled car and made it to Oxford, Mississippi in the same day. I was like ‘Why would you do that, that’s so dangerous!’ and she [said] ‘I want to be here. More than I care about my car, more than I care about my possessions.’ It all clicked. That’s what this song means. It’s not about what you have, it’s who you’re with. “

“Dreamland Sequence” is the first of two quasi-interludes on the album. Its dreamy sound definitely adds to the Dreamland experience, and provides a moment to just sit and think before going into “Cemetery.” In this track, COIN tells a story with the message that being “the richest man in the cemetery” is nothing compared to leading a life filled with love for those around you.

One of my favorite parts of Dreamland is the transition between some of the songs in the album. Lead singer Chase Lawrence likes the transitions between the last few songs, but I actually like the subtle transition between “Youuu” to “Valentine”. The fade-out/in musically connects the two songs, making room for a possible lyrical connection to be made. “You ever love something so much it hurts?” from the latter can enhance the entirety of “Youuu”, a proclamation that “it’s always been you” no matter who the narrator may love now. Still loving the past someone so much it hurts. “Youuu” is probably my favorite song on Dreamland, anyway. I’ve been waiting for this song since they added it to their live setlist a while back and the official released song is even better than I expected.

Next song “Nobody’s Baby” is also one of my favorites. This song encompasses my memories and feeling of driving around years ago better than any other. This is one that reminds me of how much I love COIN and why I still listen to them after years. “Never Change” also sounds a bit like past COIN to me for some reason. Both are highlights from Dreamland.

“Lately III” continues the tradition of “Lately” and “Lately II” from the past albums. Each “Lately” fits its respective album well, with this third installment sounding more dreamy, akin to “Dreamland Sequence”. “Lately III” also features the topic of sleeping in cars that has been crowned Dreamland’s most mentioned topic. The “Lately”s generally make my top songs and “III” is no exception. “Lately III” also begins the beautiful transitions of the last few songs.

“Babe Ruth” features one of my favorite lines from the album: “Oh baby, whatcha gonna do when the universe puts your hand in mine?”. Following “Babe Ruth” is the other dreamy interlude “Heaven Hearted”, which goes into closer “Let It All Out (10:05)”.

In contrast to the loud way power is harnessed in “Crash My Car”, “Let It All Out (10:05)” has the most power emotionally. If you’ve been a fan of COIN for some time, seeing that “10:05” in the title is already enough to know this song is going to be special.

“1005” came to be a sign that you are right here in this moment, and it will be okay; paired with “let it all out” meaning that once you let go of something, you can realize that “none of this is permanent anyway.” “Let It All Out (10:05)” is a perfect ending for Dreamland, as it holds the best representation of who COIN is in a song.

Dreamland is yet another great album by COIN, and solidifies their spot as one of my favorite bands of all time. I’ve had this album on repeat since it came out and probably will for years to come.