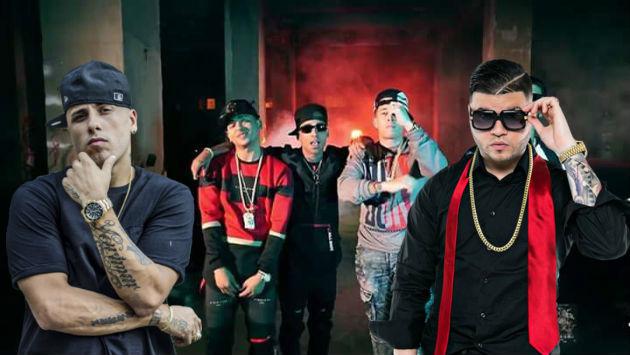 Latin trap has become extremely popular in the past few years. Artists like Bad Bunny, Anuel AA, Ozuna, Arcángel and Bryant Myers have been able to attract large audiences, frequently collaborating with each other, as well as with other Latin trap artists. Creating hits that become widely popular, they have reached hundreds of millions of views on YouTube and a similar amount of streams on Spotify.

Thus, this genre, with its great popularity and mass amount of listeners, obviously has a large platform. Yet, the genre is controversial amongst some people, particularly feminists, as this music is known to have vulgar and explicit lyrics about women and sex, as well as the glorification of drugs, money and weapons. If you put any song on by one of the artists mentioned above, or any other Latin trap artist, the lyrics are going to stand out. It is atypical for a song in this particular genre of music to not talk about the numerous sexual conquests of the men rapping the songs with explicit descriptions and to not objectify women, who are usually described for their bodies and their sexual performance.

When the wildly popular Colombian artist Maluma, who sings pop and reggaeton, dabbled in the genre of trap, there was immediate outrage. Maluma’s “Cuatro Babys,” which features Puerto Rican trap rappers Bryant Myers, Noriel and Juhn, was released in October 2016, and started great controversy. Particularly, the song was criticized by mothers whose children listen to Maluma’s music, as well as feminists, who described the song as being misogynistic and sexist.

The song basically discusses how he is in love with four different women, and can’t decide who to choose. His dilemma arises from the fact that they’re all good in bed and all four of them are always more than willing to satisfy him in the bedroom whenever he calls them. Essentially, these women are all at his disposal, and he describes in great and explicit detail their sexual encounters. As Yolanda Dominguez wrote in a Huffington Post opinion piece soon after the song was released, “It describes them as simple, interchangeable bodies that are at the service of the limitless, unrestrained and uncontrollable sexual desire of boys.”

Maluma is an extremely popular artist and has a very impressionable young audience of mainly prepubescent girls, thus the controversy makes sense. Yet, if a fan of Latin trap were to listen to the song, this song would not really stand out to them, in the grand scheme of this genre. Because, such lyrics are extremely common in Latin trap. Women are constantly described in such explicit manners, and are objectified in these songs.

Thus this begs the question: is Latin trap a deplorable genre of music that glorifies the portrayal of women as mere sex objects? And by listening to this music, is this in turn supporting these men’s views and perpetuating this idea that women should be viewed in this manner? Or, on the other hand, is Latin trap, and its lyrics, which describe street life and the artists’ perspectives from living in the hood, as Alejandro Pino, a scholar in cultural studies, describes it: a direct product of an entire culture that objectifies women in the first place? Are these artists merely just rapping about their personal experiences, and these lyrics are a mere social reflection of a cultural problem?

Featured Image can be found here.