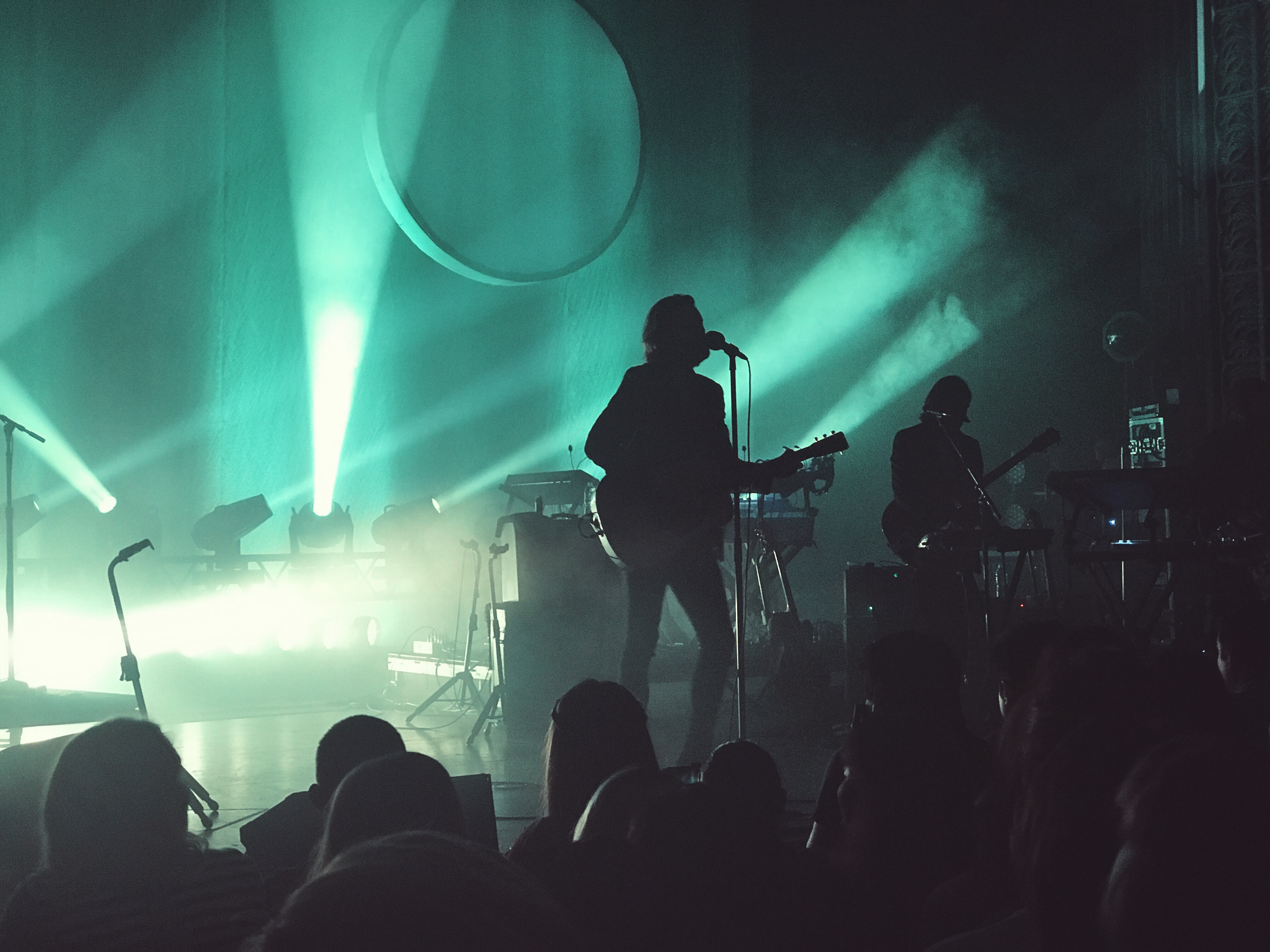 The opening act had just finished and now the crowd started to inch closer to the stage. Weyes Blood was the talented singer-songwriter who had to preface the night before none other than Father John Misty aka Josh Tillman.

Once the lights dimmed, the usual cheers were thrown at the stage as the band came out. And in his very own dramatic fashion, Father John stepped out. He opened with the title track of his newest album “Pure Comedy,” in which the lyrics speak of the trials of man and their inability to get things right in this troubled life. With lines such as “…Where did they find these goons to lead them? What makes these clowns they idolize so remarkable?…” Josh certainly wasn’t pulling any punches with the current issues plaguing our society.

After the first few songs and once the stage was clouded with fog, he continued to power through his songs. I turned to my friend to tell him that he was going through his setlist fairly quickly. I thought perhaps Josh had been going through some sort of sickness. Shortly after I made my observation, in his congested talking voice, Josh confirmed that he was “a brittle, sick and decrepit man,” telling us he was on medication but was still excited to be performing for us.

Towards the end of the set, Josh played one of his most popular songs “Hollywood Forever Cemetery Sings” from his debut album “Fear Fun.” Its instantly recognizable guitar introduction and drums got everyone in the theatre excited, as what most crowds do when hearing their favorite songs. Everyone immediately pulled out their phones.

“YEAH! PULL OUT YOUR PHONES! RECORD IT ON YOUR PHONES!” yelled Josh as he continued to play the intro for the song. It was an obvious jab at the crowd for only wanting to experience things through their phones. I had mine out. I’m not not about to document this great song. Josh even knows this is the song that put him on the map in the first place.

He ended the show with a song titled “Holy Sh*t” off of his sophmore album “I Love You, Honeybear.” He exited stage left. And that was it.