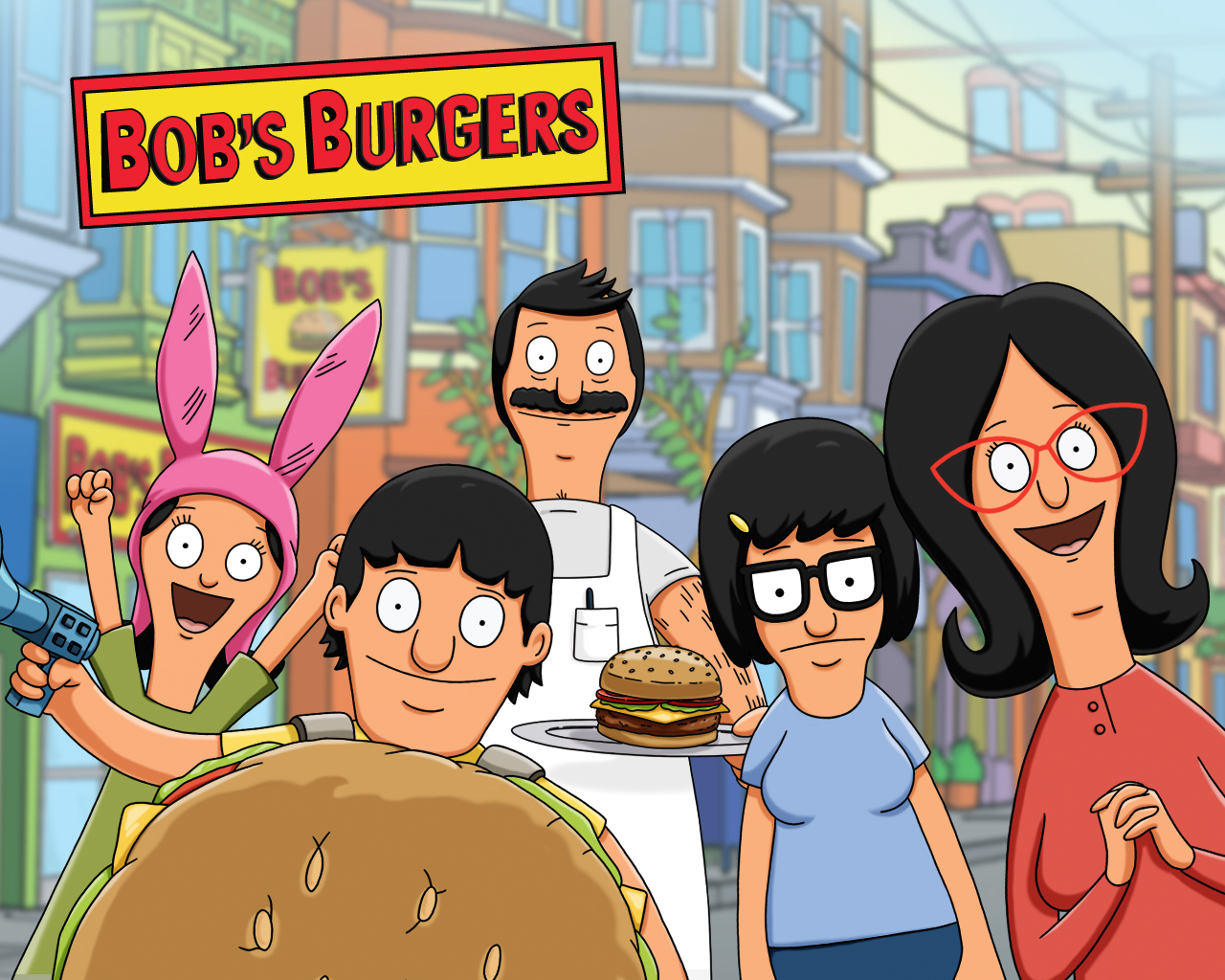 “Dear Diary, if guys had uteruses, they’d be called duderuses.”

It’s easy to mistake Bob’s Burgers for another Family Guy or Simpsons, because it essentially has the same premise. Animated television comedies have had so much critical success in the past two decades that some have lasted for over ten seasons. However, while critically successful, many animated comedies seem to feel a little bit familiar and formulaic…:

For Bob’s Burger’s, the similarities end with the dysfunctional family because what sets Bob’s Burgers apart from everyone else is it’s portrayal of a family that actually doesn’t hate each other and its portrayal of those dreaded “tween” years through it’s hit character, Tina.

Bob’s Burger’s is about the unconventional family, headed by the average father, frustrated Bob Belcher and eccentric mother Linda. Linda is the weirder one of the pair, with her obsession with animals and synchronized swimming, while Bob is the more irritated one, trying to find peace in the chaos. To put it simply, Linda is Homer Simpson, while Bob is Marge. Mommy doesn’t get drunk. She has fun.

They run a burger joint (which is located next to a crematorium), with their three eccentric kids. The Belcher kids are what make Bob’s Burgers unique. Unlike other shows, like Family Guy or the Simpsons, these siblings don’t merely tolerate each other or harass each other, but as a viewer you get the sense that the siblings are united and they support each other (despite their quirks).

I’m not a hero. I put my bra on one boob at a time like everyone else.

I think the reason Tina is appealing to viewers is because she epitomizes those tween years we are all ashamed of. Middle school for the most of us was a time of hormones, acne, and awkward growth spurts and Tina perfectly encapsulates that awkward time we’d rather forget. While much of our personal episodes from those tween years were horrific at the time, we have to admit, in retrospect, that middle school was pretty damn funny. The middle child, Gene, is a clueless and filter-less (if that’s a word), boy who also finds something new to obsess over (i.e. a gorilla mask, playing keyboard, a toilet lying in the forest.) There’s not much to say about Gene because well, his character is self-explanatory. He’s weird. Often, at times, the middle child is the most overlooked, and it shows through Gene, who always is trying something new to catch his parents attention.

The youngest, but probably the psychologically oldest, is Louise, who is a very comically dark, tough and witty tom-boy who wears bunny ears and bosses her siblings around. The opposite of the socially awkward Tina, Louise is outgoing and very demanding. Funnily enough, Louise is the only character voiced by a female in the show. Voiced by the talented and hilarious character actress, Kristen Schaal, Louise is probably the second funniest character on the show.

The charm behind the show lies in the quirky sense of humor displayed by the smart writers of the show. It’s a refreshing change from the borderline offensive and vulgar humor displayed by most animated shows today. Bob’s Burgers manages to get the laughs without shocking you with vulgarity, which is a mental relief. It’s the little “blink and you’ll miss it” moments of the show that are the funniest, mostly Tina’s side comments.

It’s mostly how the writers have crafted the family different from other show families which makes it unique. As I stated before, it’s easy to mix Bob’s Burgers with Family Guy or American Dad, however, the family in Bob’s Burger’s is unique in the fashion that no one is malicious. They don’t tolerate each other, but support each other. It’s heartwarming how the Belchers maneuver between their individual quirks to make each other happy. It’s the portrayal of family and what family means throughout the seasons which keeps this show from straying into the hated “we all tolerate each other” family mindset of Family Guy and other cartoons.

While the show is mildly funny at the start, it doesn’t really get genius until the second season on, where the writers churn out hilarious situation after situation. Often, for comedies, they start out good and the humor gets stale after on (ex. New Girl, Parks and Recreation, Family Guy etc.) However with Bob’s Burgers, with each episode, it gets funnier and funnier. The situations get odder and odder with each episode, leaving the viewer wondering what shenanigans the Belchers will get themselves into next.

A sleeper hit, that might become the next iconic animated series of our time, Bob’s Burgers should be definitely be watched by anyone who has an itchy crotch.

We feel you, Tina. We really do.

Catch Bob’s Burgers Season One and Two on Netflix, and on Fox Sunday nights at 7PM.

Also Listen to “18 and Not Pregnant” with Tony Monday Nights at 8PM.