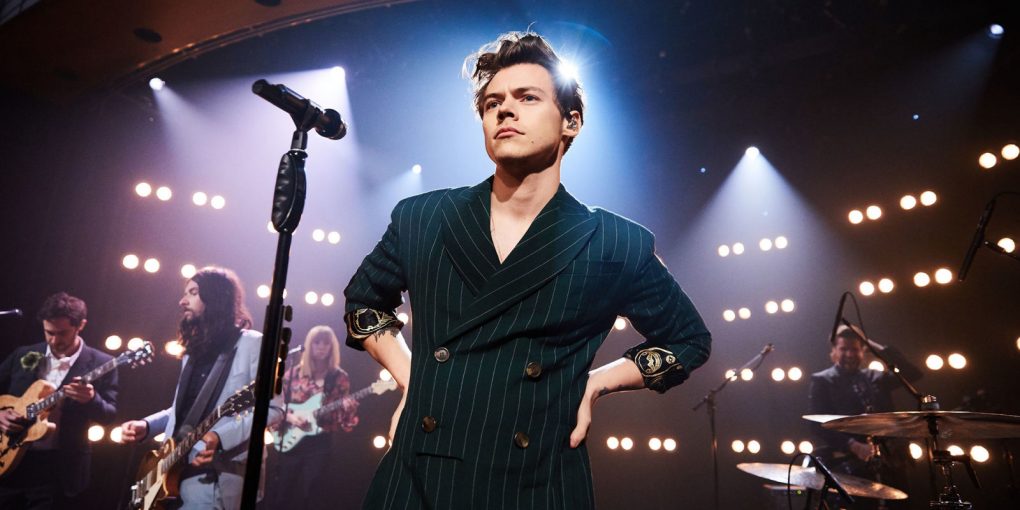 A series dedicated to what the media does not broadcast about your favorite musical artists. I present you, Harry Styles

Where do you even begin? Harry’s story and his name he has curated for himself is unlike anyone else. If you are not aware, Harry Styles is a part of the boy band One Direction that has been on a hiatus since 2015. One Direction was founded by Simon Cowell on the British X Factor back in the 2010 auditions. Harry is one of five members who Simon paired together because he saw potential in them as a group rather than solo. Harry Styles has gone on his own to produce music and develop a name for himself beyond the boy band persona. Whether it be singing with the coveted Fleetwood Mac or becoming the face of Gucci. He has proved to the world that he is here to stay.

Once Harry released his solo project in 2017 he came to the forefront of pop music as his own. People who don’t even know One Direction know his solo music without the ties of the band. Harry Styles has in no doubt cultivated a name for himself apart from being in one of the biggest boy bands ever.

Becoming famous from a boy band can still carry a stigma around someone.

There is an image that we, as a society, connect with a boy band member. Usually, the media says that boy bands create “cookie-cutter” pop music to market towards young girls. Cookie-cutter meaning basic beats and melodies with lyrics that are only surface-level content. You may hear that all pop music sounds the same, which is part of the cookie-cutter brand.

I think One Direction created a few cookie-cutter songs because of the environment they were thrown into. However, if you listen beyond their hit songs there is some magic found within their work. Not everyone listens to this type of music because they believe that it is only for young girls, which is a wrong notion we have learned over the years that needs to be broken. A weird stereotype happens when someone is a part of a boy band where people perceive them as less credible than other artists. Somehow if screaming girls are the majority of an artist’s fan base then they are viewed as less talented than an artist with a different fan base.

Harry himself said it best in a Rolling Stone article from 2017 regarding his fans.

“Who’s to say that young girls who like pop music – short for popular, right? – have worse musical taste than a 30-year-old hipster guy? That’s not up to you to say. Music is something that’s always changing. There’s no goal posts. Young girls like the Beatles. You gonna tell me they’re not serious? How can you say young girls don’t get it? They’re our future. Our future doctors, lawyers, mothers, presidents, they kind of keep the world going. Teenage-girl fans – they don’t lie. If they like you, they’re there. They don’t act ‘too cool.’ They like you, and they tell you. Which is sick.”

What I love about Harry Styles is he has never tried to prove himself as being more than a boy band member. Harry has always been himself even in One Direction. Who he is and his music speaks for itself. There is no need for anything or anyone else to prove his credibility as an artist. The Harry that is shown to the world proves he has never been worried about how people view him but rather just being himself.

Harry is taking the music world by storm being the man he is.

If people like Stevie Nicks love his music and admire him then I think he is doing okay. Harry had the honor of welcoming Stevie Nicks into the Rock and Roll Hall of Fame for her second time. Stevie has made comments that Harry is her “lovechild” and “the son she never had.” They both value each other’s talent and it’s an unexpected friendship that is worth the follow. Stevie even posted photos of her and Harry on her Instagram page. Now if a legend like Stevie Nicks posts pictures of you, then you have made it. See the posts below.

It is a rare occasion in today’s world where a celebrity does not get caught up in the glitz and glam that fame brings. It is even rarer that an artist uses their platform to wholeheartedly spread positive energy to the world. In 2017 Harry started selling merchandise with the phrase Treat people with Kindness written on it. He even sold this merch at his concerts which proves he is not all about promoting his music or tour.

Harry wants to focus on what is important for humanity to remember, kindness goes a long way. When people leave his shows with a shirt or hoodie with the phrase “treat people with kindness”, they will always be reminded to spread kindness to everyone beyond the concert. That is what Harry stands for. Kindness to everyone no matter their identity, race, sexual orientation, etc. Everyone deserves a little kindness in their lives and TPWK (Treat People with Kindness) has become Harry’s trademark.

Harry has not been the celebrity to share every ounce of his personal life with the world. The media is constantly pushing towards content that they can twist the words said by celebrities to receive more clicks or money. Harry stays away from that dark hole of media. There are a countless number of interviews where Harry is being asked about topics he would rather not talk about but he somehow diplomatically answers and it works.

Harry answers an interview question in an Independent UK article regarding a line from one of his songs.

“I’ve never felt the need to explain myself in terms of my personal life. I very much feel like writing is the way you get to say what you want to say and be like, “That’s all I have to say on it.” With that one, I think it’s up to everyone’s interpretation, which is obviously an incredibly diplomatic answer. The line in particular, in context of the verse, paints the picture of the feeling that I was going at. It’s much more powerful when not taken simply as what it is. Was that an all right answer for that question? I think it was all right! I think we danced around that OK.”

What the media doesn’t understand is that Harry gains attention from the world for a reason, which is that he doesn’t share his whole life story to everyone. He has a name for himself because of the music he produces. But not only has his music defined him but how he carries himself. If you watch his journey on X Factor at age 15 he is still the same person he is today. That is what makes Harry special.

“I like to separate my personal life and work. It helps, I think, for me to compartmentalize. It’s not about trying to make my career longer, like I’m trying to be this ‘mysterious character,’ because I’m not. When I go home, I feel like the same person I was at school. You can’t expect to keep that if you show everything. There’s the work and the personal stuff, and going between the two is my favorite. It’s amazing to me.”

Harry has created timeless music that anyone and everyone can enjoy. Your Dad, Grandma, little sister, etc. can all enjoy the music Harry Styles has shared. If you have yet to hear his beautiful voice on his solo project, click here to listen to his full album. Be on the lookout for new music as Harry just announced his new album Fine Line will be released on December 13th.

Harry Styles is a special artist who everyone can be a fan of. Give him a chance and you will fall in love. One thing that Harry has given to this world is his kind soul. In the spirit of what Harry would do, remember to always treat people with kindness. An act of kindness can go a long way to impact others for the better. Channel your inner Harry Styles and help make this world a little bit better by spreading kindness today.