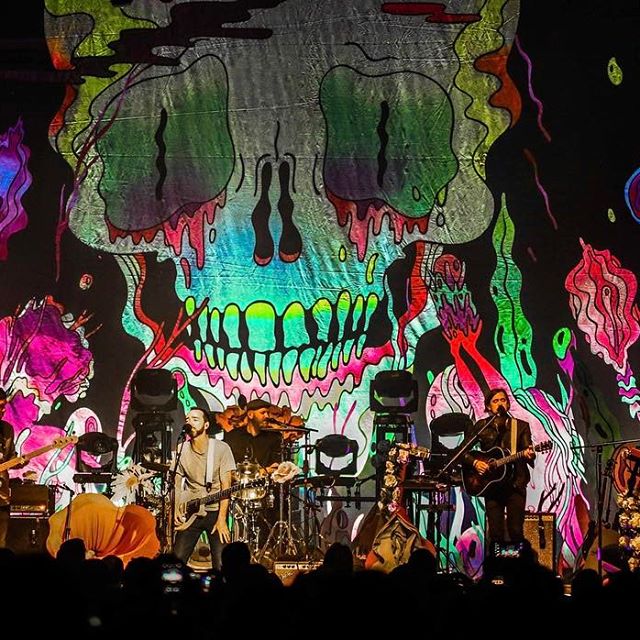 For those of you who are not familiar with The Shins, they are an American indie rock band from Albuquerque, New Mexico. I was lucky enough to see them perform on Tuesday, March 8th, right here in San Diego. The concert took place at a cute little venue called The Observatory, which is a restored theater in North Park. This concert attracted an eclectic, artsy crowd.

John Mercer, the talented main vocalist of The Shins, was a phenomenal performer. He thoroughly entertained the crowd with his outstanding voice, sweet dance moves and sly comments. Mercer was the man who formed the band, but they were pretty under the radar until 2004, when their song “New Slang” was featured in the movie “Garden State.” Fun fact… In the movie “Garden State” one of the main characters, Sam (Natalie Portman),  tells another main character, Andrew (Zach Braff), that the song “will change your life.” That exposure, coupled with the fantastic musicality of “New Slang,” definitely changed the game for The Shins, and they instantly became indie rock icons.

This concert was such a cool experience, especially as a Shins fan, as so many other fans  were immersed in the music and having the time of their lives. They played a handful of their new songs at the concert, including “Name For You,” which is featured on the groups upcoming album, and a bunch of oldies such as “Phantom Limb” and “Caring is Creepy.” Their highly anticipated new album, “Heartworms” will be released on March 10th! So, if you are into the indie rock genre and haven’t listened to The Shins, be sure to check them out, online or in person.

Rachel is currently a sophomore at SDSU studying Foods and Nutrition. You can find her wandering around San Diego, always looking for an adventure. She is an advocate of good style, passionate about all things health and fitness, and enjoys art, music, and culture. Oh, and good food. Can't forget that one.