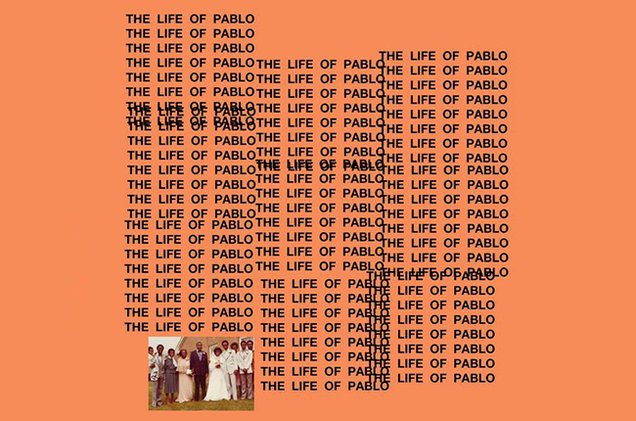 As with all of Kanye West’s album releases, there is an inordinate amount of talk leading up to and after its release. West’s eighth studio album, , , , The Life of Pablo, was no different. In fact, the talk around TLOP compared to West’s other albums is the zenith. Static noise in the form of think pieces and blog posts were numerous, easily fed by their main subject’s outstretched Twitter fingers (hands?). It takes a special type of artist to warrant this much public opinion on a grandiose scale, even more so for their music to transcend the chatter and not be consumed by it. I do not know if TLOP will do this, but it does justify a spot in the Kanye West discography. So here is a breakdown of five songs on TLOP that in my opinion best represent a sometimes messy, beautiful, repulsing, confounding, but always exciting album.

A lot of people scoffed when Kanye West called TLOP a gospel album (myself included). And with good reason. West is arguably the most bombastic and non-apologetic artists we have today. The subject matter in his music up to this point, put kindly, probably won’t be playing on your local Christian radio station. But then you hear it. You hear a mini-sermon given by a child passionately shouting,”We want the lord / And that’s it!” You hear the child’s mother prodding her on, “Yes Lord!” You hear the soothing hums of R&B singer The-Dream, the slow ascension of an organ which is supplemented by a controlled, forceful drum. West enters, his presence ominous but comforting pleading for peace and prayer. Afterwards, two sermons disguised as verses are delivered by the invigorating soul singer Kelly Price and the eccentric Chance the Rapper. This is an underrated part of West’s skill set; as a collaborator, bringing all these moving parts together even to the point of him being reduced to the choir rather than the preacher. And here he is reduced. Chance is the songs beam of light, his verse vulnerable but assuring,” When they come for you, I will shield your name / I will field their questions, I will feel your pain.” By the time I hear the end of Chance’s verse, an actual sermon by Preacher Kirk Franklin and the final pleas for penance from a choir, I thought to myself, ”My goodness maybe he actually did.”

Nope. That feeling lasts about one minute and five seconds into Father Stretch My Hands Pt.1, the very next song after “Ultralight Beam. After a soaring sample of Pastor T.L. Barrett’s own, “Father Stretch My Hands,” a sluggish Future/Metro Boomin tagline into a beat drop (AND WHAT A DROP IT IS) and the crooning warmth of a hook with frequent collaborator Kid Cudi, West proceeds to boast about relationships with models and the bleaching of a certain unprintable area in one of the most unforgivable bars he’s ever written. But then you hear him protest through heavily saturated autotune about wanting to feel liberated, that he’s sorry about his past transgressions, and asks if anyone can relate. And for a moment I feel as though I might (I didn’t, at least not for those four opening lines, it’s the dark spot on an otherwise perfect song).

FSMH Pt.1 and Pt. 2 are listed separately on the TLOP track list but transition so seamlessly into each other that it is impossible to separate them. That being said, if Pt.1 is about feeling repentance in a roofless church, than Pt.2 is about those transgressions in a club at 3 A.M. West’s voice aches with sorrow, ”Sorry I ain’t called you back / Same problem my father had” and vengeance, “ ‘Member I’m coming back / I’ll be taking all the stacks” in mind as he recounts his father’s vices and his own. His claims to cash are accompanied by Brooklyn rapper Desiigner, whose flow has the characteristic of a Future acolyte who more than holds his own on a song that wouldn’t be the same without it.

“Famous” has gotten more talk around those first few lines about who was the originator in the conduction of some sort of transitive property of fame, rather than the song as a whole depending on who you side with (I’m a fan of both Swift and West. So this is my nightmare). Which is a shame. “Famous” is in the same vein as other classic Kanye braggadocios songs like “Can’t Tell Me Nothing” and “All Day.” Coupled with superfluous pronunciation (“float-ENNNNNNN”) and an outrageous breakdown of Sister Nancy’s “Bam Bam,” Kanye happily goes on about flights to Puerto Rico, leaving a trail of paramours and economic turmoil in his wake. West’s fame makes him a planet, and he is using his gravitational pull. He has a pop star (and a planet in her own right) Rihanna reciting Nina Simone lyrics and Swizz Beats playing hype ad-libber throughout. Again we see Kanye the conductor and other artists are his instruments. “Famous” is a full-on ego-play and no one – not even the biggest pop star on the Earth – is safe.

Deeply rooted with Chicago House DNA – West is from Chicago – “Fade” is a track that, sure enough, sounds like a track for the club. If that club was only inhabited by robots in an apocalyptic future where the only way the robots can recharge their Iron Man-style battery cores is by turning up to a Barbara Tucker sample spliced together with a beat that sounds like the drum of war the robots played during the takeover. Tucker is one of the only voices of humanity on a track devoid of it. West and other noted pro-autotune affiliates Ty Dolla $ign and Post Malone are terminators, foreboding and caustic. If “Fade” is a premonition to the eventual robot takeover, then I’m here for it.

The cheekiest, most self-aware thing Kanye has ever done.