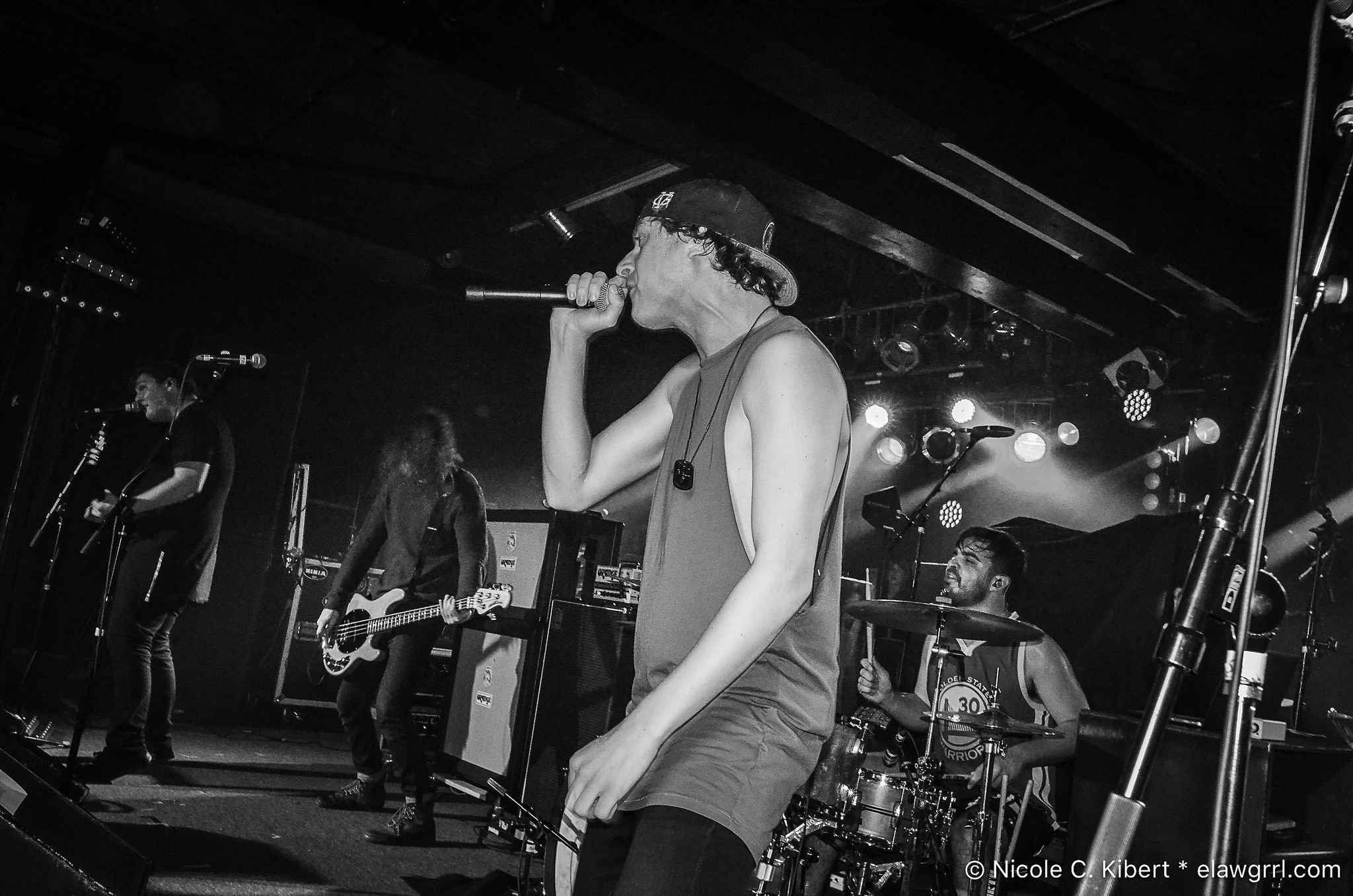 On Sunday, April 23, State Champs put on a stellar performance at the Observatory in North Park. Openers included London based rock band Don Broco, newcomers With Confidence and fellow New Yorkers, Against the Current.  Although I only knew a few songs from the opening bands, I can say they were successful in hyping up the crowd for the main event.

Don Broco energized the crowd with its heavy guitars, groovy bass line and Rob Damiani’s unique vocal melody. Up next was With Confidence. This Australian pop punk band first started by uploading covers onto Youtube and playing local shows. Now, they are running with the big kids. They expanded their fanbase after performing at the 2016 Vans Warped Tour and releasing their new record “Better Weather.” This pop punk quartet takes a soulful approach to the genre’s sound – a similar vibe to State Champs. This band is going to get big, just wait and see. The last opening band to take the stage was Against the Current. The major problem I have with them is not their music itself but their sound system. The bright guitars, synth sounds and instrument effects drowned out Chrissy Constanza’s vocals. Despite the cohesive sound made by the band, the singer’s vocals were not my cup of tea. Overall, the performance was mediocre at best.
Finally, it was State Champs’ turn to blow away the audience. And they did. From start to finish, the group put their all into the show, playing old songs, new songs and fan favorites. Their setlist included oldies such as “Stick Around,” “Deadly Conversation” and “Mind Bottled.” They even played a new song, “Slow Burn,” and “Around the World and Back” from their latest record. Opening with “Remedy,” Derek’s vocals blasted throughout the venue as he sang “I got no time…” over and over again. Arguably, he has the best vocals in the pop punk scene, and his performance merely solidified that. Each note, each verse, each vocal run he sang was perfect, and hyped-up the crowd. However, with the rest of the band included, State Champs becomes an unstoppable pop punk act. Each member has their own musical finesse and is capable of creating magic in the studio and on-stage.
By the end of the concert, the crowd was going insane and the atmosphere was electric. Crowd surfers were flying through the air, stage lights were flashing and everyone was going wild. I, for one, was right at the barricade, dripping with sweat and having the time of my life. After the show, I even had the pleasure of meeting Ryan Scott Graham, the bassist, and had him re-sign my inhaler. You could say I was overwhelmed.
This was my third time seeing State Champs and they never disappoint. Pop punk is not dead, kids. It is bands like this who keep that spirit alive.
Featured Image (State Champs @ Masquerade 11.21.15-52) by Nicole Kibert. No changes made.