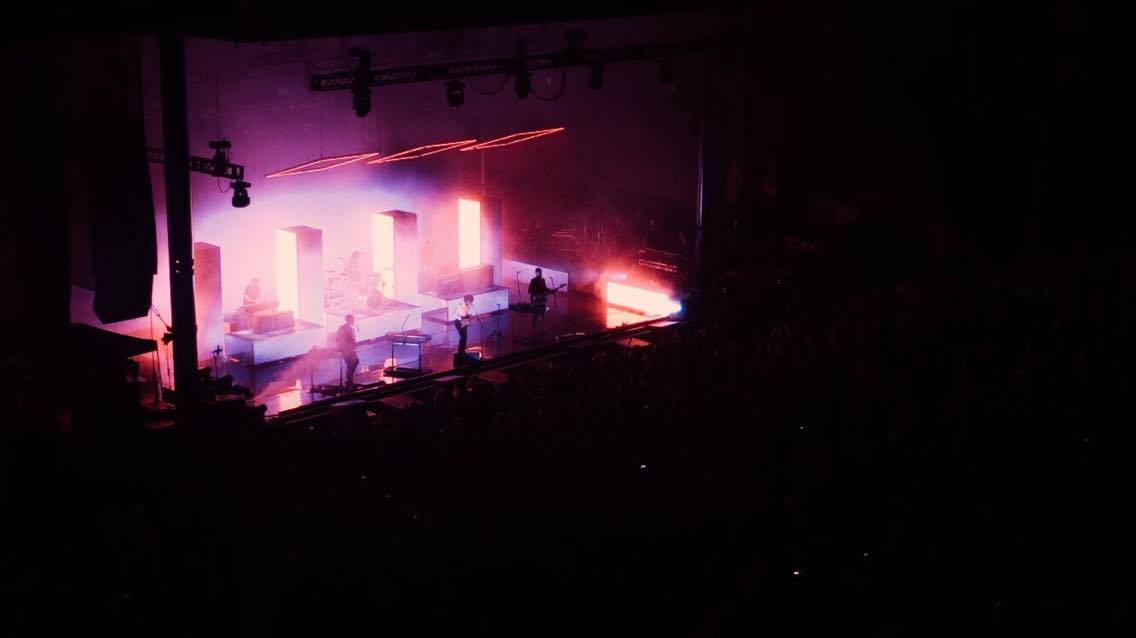 The 1975 brought all their heavy hitters and fan favorites to their set at Cal Coast Credit Union Open Air Theater on Tuesday, April 25.

The massive, dedicated community of The 1975 fans gathered in excitement, screams piercing from the band’s first sign of movement to the final bow.

The night began with “Love Me,” the first single from “I like it when you sleep, for you are so beautiful yet so unaware of it.” With the first distinctive guitar riff, the audience’s enthusiasm was palpable. Matty’s dancing was the sporadic movement of lanky limbs.

“UGH!” and “Heart Out,” the latter from their eponymous debut album, continued the high energy start, but the band soon slowed down for the more personal tracks, “A Change of Heart” and “Robbers.”

Aside from fan favorites, the band pulled out deep cuts (songs) throughout the night, like “Menswear,” “M.O.N.E.Y.,” “Me” and “fallingforyou.” The fans’ excitement did not waver, and their dedication to The 1975 was made even clearer with their knowledge of these more obscure songs.

Healy talked to the crowd in between songs, praising the audience’s liberalism and compassion, before dedicating the “I like it when…” single, “Loving Someone,” to the LGBT community. He also made sure the fans knew that a percentage of the revenue made from the band’s merchandise was going to be donated to charities supporting the LGBT community.

Despite Healy’s showmanship, the excellent music and the crowd’s energy, the show stealer was the lighting design. Each song had its own lighting scheme: rainbow during “Loving Someone,” a cityscape during “UGH!” and “I like it when…,” and pink during “She’s American.”

“Somebody Else” proved to be a favorite performance among the audience, as Healy led their shouts of “F—k that, get money!” during the song’s bridge. Even Healy himself noted that the crowd reached peak energy during that song.

The set rounded out with the bona fide anthems “Girls” and “Sex,” two of the most famous tracks from The 1975’s debut album. The band members walked offstage, but were quickly ushered back for an encore by the passionate crowd, who was not ready to let the night end.

The encore brought about the best, and last, performance of the night, “The Sound.” The shouts of, “I know when you’re around ‘cause I know the sound, I know the sound of your heart,” almost drowned out Healy’s own singing.

The 1975 ended the night with their most vigorous performance, and the fans were left more than satisfied after hearing every song a 1975 fan would have wanted to hear.