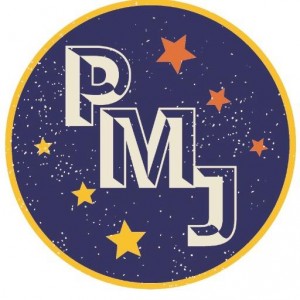 Add a little jazz to your life. Postmodern Jukebox is coming to San Diego next month. They’ll be stopping by the House of Blues on Wednesday, December 9.

Whether it’s a 1930’s Jazz style of Fountain of Wayne’s Stacy’s Mom or a vintage Motown version of Beyonce’s Halo, Postmodern Jukebox has it covered.

The Jazz band is a collective of rotating performers led by musician, composer and band founder Scott Bradlee. Bradlee’s band does not stick strictly to one genre or convention, but instead he enlists guest musicians to help bring Jazz, Swing, and Soul from every musical decade into the mix.Their distinctly vintage style gives a new sound to every song they play.

As their name suggests, Postmodern Jukebox gives an old school twist to modern music. On their YouTube page the band describes what they do as “pop music in a time machine.” They do covers of popular songs, creating as drastic a contrast from the original as possible. From Lady Gaga and the Plain White T’s to Fall Out Boy and Radiohead, nothing is out of bounds to Bradlee and company.

A number of American Idol alumni such as Casey Abrams and Joey Cook, are reoccurring guest musicians on a number of Postmodern Jukebox tracks. A tap dancing duo, The Sole Sisters,  and a very passionate singing clown named Puddles are just a few more of the collaborations featured on the album.

If like me, you shudder at the word “fleek”, try and move past it. Is it as slightly strange name for an album? Possibly, but don’t judge a book by its cover and don’t judge an album by its attempt to be culturally relevant. Roll your eyes, then get over it and go appreciate the musical content.

Past records include Twist is the New Twerk, Selfies on Kodachrome and Emoji Antique. The names of these albums and the Jazz included on them represent what this band is all about: the convergence of classic and modern.

The band uploads a new video every week. With over 1.6 million subscribers, something about the vintage musicians seems to be resonating. If you haven’t already done it,  head over to Youtube and check out one or two…. or 100 of their strange and awesome music videos.

Click here to buy tickets for their San Diego show.