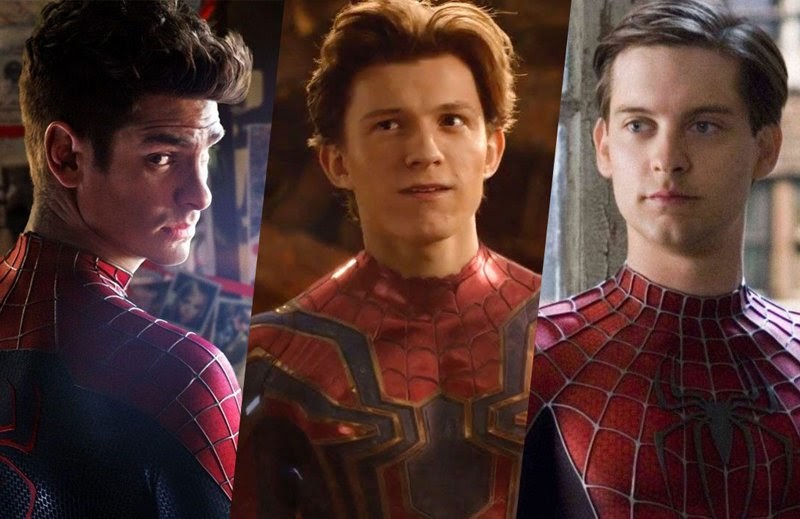 As various reports indicate that Andrew Garfield and Tobey Maguire will join Tom Holland for the third Spider-Man film, Sony finally comments on the rumors surrounding this highly anticipated release.

The Hollywood Reporter has recently stated that both Jamie Foxx and Benedict Cumberbatch were reprising their respective roles as Electro and Doctor Strange for the upcoming Marvel movie. News of this sent fans into a frenzy, pointing towards the possibility of tie-ins with previous Spider-Man installments.

Shortly after, other sources claimed that Garfield and Maguire were in talks with Sony and Marvel to also make reappearances. This would unite three live-action renditions of the character, connecting parallel universes similar to Sony’s 2018 animated film Into the Spider-Verse. Maguire, who first starred as Spidey in the mid-2000 Sam Raimi films, would join forces with Garfield, who took over the reboot in 2014’s The Amazing Spider-Man. Pairing these two with the current web-slinging hero Holland is surely something to attract nostalgic viewers and new fans alike.

A potential storyline revolving around a multiverse of Peter Parkers would definitely serve as an interesting plot, but fans might not want to get their hopes up too soon. A representative from Sony released a statement to Entertainment Tonight Canada saying, “These rumoured castings are not confirmed.”

As straightforward as that might sound, the statement doesn’t entirely deny the casting buzz. It could mean that the roles are still being figured out, which would technically make the statement true–the rumored castings are not confirmed…yet. Many have speculated that both studios are simply trying to keep information confidential until closer to the film’s release, slated for December 2021. Considering that news of Jamie Foxx’s return was reportedly leaked, it would make sense for Sony and Marvel to restrict what they say in order to avoid any more spoilers. While these rumors are yet to be 100% verified, it would be exciting for all of these worlds to collide in one cinematic universe.