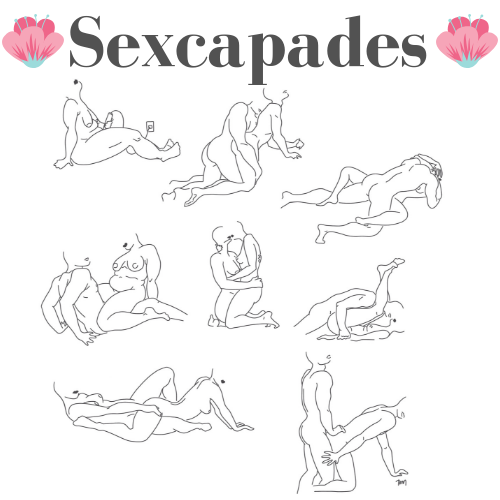 My trials and tribulations on achieving a healthy sex life continue as I journeyed to Planned Parenthood for my birth control implant.

For the last ten months or so, I’ve been thinking about changing my birth control method. I’ve been on the pill for four years now and I’ve been getting tired of taking a pill every day. In my research I found that hormonal forms of birth control can be linked to depression and autoimmune disease. In high school I struggled with symptoms of depression which increased when I began to take oral contraceptives. Additionally, the maternal side of my family has a history of autoimmune disease.

Two years ago I had a blood test done and my antinuclear antibodies (ANA)results came back positive. A positive result doesn’t necessarily indicate that I have an autoimmune disease like lupus; healthy people can have a positive result. What it does mean is that antinuclear antibodies are present and being produced. Recently, my younger sister had the same results and this brought some concern to our mom.

After conducting sufficient research prompting me to change to a non-hormonal IUD, I decide to be proactive and make an appointment at Planned Parenthood. My overall experience with PP and its staff was very pleasant. I was able to make an appointment online and set up text alerts. Shortly after I was contacted by PP and to my surprise they were very inconspicuous on the phone. I didn’t really need them to be, but I appreciated it because not all women have open-minded parents like I do.

On the day of my appointment I was very nervous because I knew after the procedure I would experience ‘mild to moderate’ pain, but I was not prepared for what happened. The nurse practitioner did a short pelvic exam to see the placement of the uterus. This is when the nurse practitioner told me that my cervix was really small and tilted, which may impose complications during insertions. This made me a little more nervous but I wanted to proceed.

After the pelvic exam, they will prep you by using an instrument to open your cervix then clean your vagina and cervix with an antiseptic solution. Following that they will insert another instrument to measure the depth of your uterus. It is here where you will feel some cramping similar to your period. Finally, they will insert a tube containing the IUD through your vagina into the uterus where it will stay.

On my first attempt, I did not go through with the insertion because the instrument opening my cervix came off. The pain was unbearable, my legs were shaking so bad and I began to blackout. The nurse practitioner told me that is a normal for some women as she removed the instruments from my body. The other woman in the room began to place an ice pack underneath my neck and a hot pack on my lower abdomen.

After a little of resting they asked if I wanted to try again, I said yes still determined to get an IUD. Again there was complications and I didn’t let the nurse practitioner get to insertion. She told me that I can reschedule and take a medication that will dialate me. I declined because I was seriously traumatized and I wanted someone I trusted to be there with me. I left PP in pain and slightly disappointed because I don’t want to be on oral contraceptives anymore nor do I wish to be on synthetic hormones. I went home, cried and took a nap.

There are many ways to be proactive about your sexual health and protect yourself from unplanned pregnancies, diseases and infections. Below are four ways that you too can take control of your sex life.

This oral contraceptive stops the sperm from fertilizing the egg by stopping containing hormones that stop ovulation and thickening the mucus blocking the sperm from reaching the egg in the uterus. It works best when taken around the same time every single day. There are apps like Bedsider that sends you reminders. I have friends who set alarms, whatever works for you just make sure you take it!

FYI: Oral contraceptives do not protect against STIs so use condoms!

According to PP, even if you use the pill perfectly, it will be 99 percent effective, but since that is not realistic it is about 91 percent effective. Using condoms and the pill together is a perfect combination against the spread of sexually transmitted infections and unwanted pregnancies.

It is important to note that oral contraceptives, like other forms of birth control, are not one size fits all. There are different brands, different doses of hormones, there are combination pills and progestin-only pills. Talk to your gynecologist to see what form of oral contraceptive would be right for you.

The Implant aka Nexplanon is a little rod that is inserted into your bicep and it releases hormones that prevent pregnancy. It is very low maintenance because it is under the skin and is effective for up to five years. The implant method works similar to the pill, it releases the hormone progestin which thickens the mucus in the cervix and prohibits ovulation. Side effects include spotting, some may experience longer and heavier periods, while most experience short and lighter periods. Pain and bruising maybe a side effect after insertion.

According to PP, the Intrauterine Device (IUD) is the one most effective birth control out right now. Currently, there are five FDA approved brands: Paragard, Mirena, Kyleena, Liletta, and Skyla. The IUD can be hormonal or non-hormonal. Paragard the only non-hormonal IUD is wrapped in copper that prevents pregnancy for up to 12 years. Since there are no hormones, Paragard does not interfere with your natural cycle and ovulation and it does not increase cervical mucus. Paragard can also be used as an emergency contraceptive if inserted within five days of unprotected sex. There are some side effects of IUDs that included cramps and backaches, worse period symptoms and heavier periods(Paragard), spotting between periods and irregular periods.

And for those who haven’t heard: both implants and IUDs do not protect against STIs and HIV so use condoms!

Condoms are probably the most commonly known and popular forms of birth control methods. They prevent pregnancies and lower risk of contracting STIs. They come in a variety of forms liked lubricated or non-lubricated, some contain spermicide (do not use for oral or anal sex), some do not contain spermicide, latex and non-latex (my personal fave because I’m allergic). Spermicide contains chemicals that stop sperm from moving, therefore spermicide condoms are lubricated with it. Spermicide condoms may cause irritation to some men and women so you may want opt for another type. Be wary of the types of lubricants you use because they may cause certain types of condoms — like latex — to break.

Ella is a new form of emergency contraceptives in the United States that blocks the hormones involved in contraception. It comes in a one pill pack and it is most effective within the first 24 hours of unprotected sex when conception of pregnancy is at its highest. Ella does not decrease fertility or cause infertility. It is only intended for one-time use so if you want to have unprotected sex again, I would suggest using condoms or change your birth control method. Ella is available at family planning clinics like PP, campus health centers and in certain states your local pharmacists can prescribe Ella to you (California is one of them!).

Plan B is probably the most commonly knownemergency contraceptive. Plan B is a one pill, progestin-only emergency contraceptive (reminder: progestin delays or stops ovulation). It has the same ingredients as birth control just at higher doses. This emergency contraceptive also does not decrease fertility, so when you are ready to have a baby you are free to do so. Plan B is not an abortion pill either and does not protect you from HIV and STDs. Some women found after taking Plan B they saw changes in their period that include spotting or bleeding. However, it is recommended that you take a pregnancy test if you miss your period.

According to Bedsider,the Yuzpe method is an emergency contraceptive method that dates back to ‘70s. In this method, certain everyday birth control pills can be taken in two doses 12 hours apart to decrease the risk of fertilization. It most effective within the first 72 hours of unprotected sex. Women who use this method may feel nauseous and some may vomit, it is suggested to take the pills with food. Since you are taking an increased amount of your everyday birth control pills you are going to want to talk your doctor about what to do to get back on your regular schedule.

Take Control of Your Sex Life

If you are curious about other forms of birth control or want more information on the ones, I listed above that my go to websites are Planned Parenthood and Besider. Overall, I think birth control and safe sex practices are really important to a healthy, enjoyable and chaos free sex life. I wish I was taught more forms of birth control growing up and in high school. One of my greatest hopes for this world is the incorporation of realistic safe sex practices in our education system. As a youth leader in an after school program for middle schoolers, I’ve noticed that sexual education is not a part of curriculum. It deeply concerns me that some of these teens are engaging in sex without knowing the risks and ways to prevent these risks. Another one of my greatest hopes is access to realistic sex education programs and access to birth control methods.