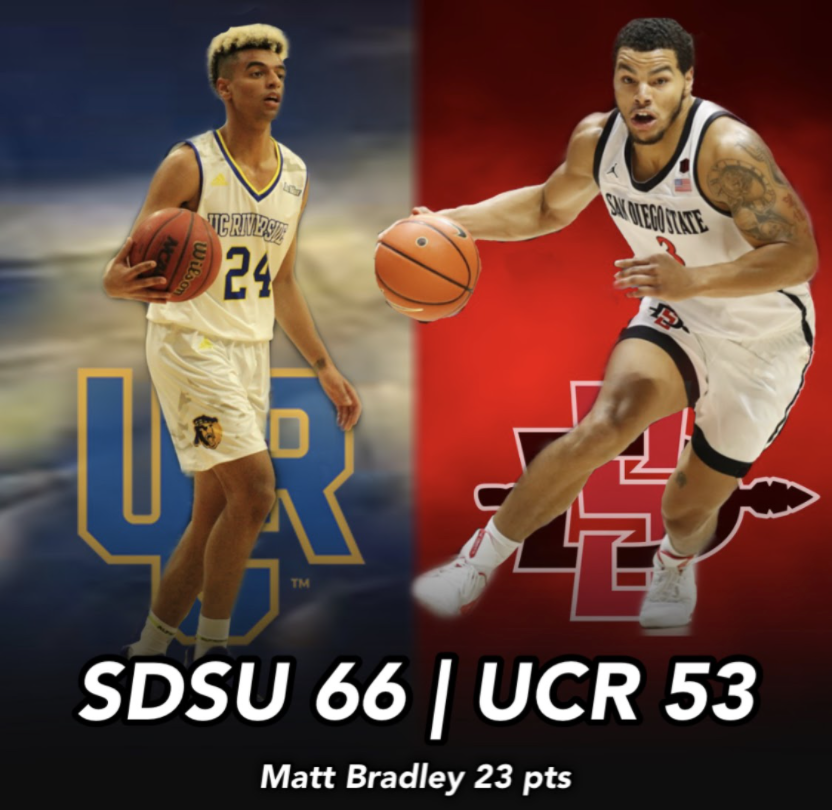 SDSU MBB returned to Viejas Arena on Tuesday to face off against UC Riverside. The Aztecs looked to show their dominance after a sort of disappointing win against St. Katherine.

Any win is good, especially if it’s starting off the season 1-0. But for the Aztecs, these are not the wins that they should be ecstatic about. The Aztecs won by 13 against UCR but a double-digit win doesn’t tell the whole story.

The two teams were close throughout the entire game even being tied 13-13 with 11:38 left to go in the first half. Offensively besides Seniors Matt Bradley and Trey Pulliam, the Aztecs could barely buy a basket. Only two players for the Aztecs scored in double digits, Bradley 23 and Pulliam 15.

The team shot just 2-11 from deep and 18-29 from the line. Although the Aztecs won the rebound battle 34-26 it wasn’t pretty. Without Nathan Mensah on the court, the rebounding was sloppy and lackadaisical.

A bright spot for the team was Chad Baker-Mazara. In 16 minutes, he brought energy, energy, and more energy. Baker-Mazara had a crowd-raising block and knocked down three free throws early in the game.

Once again, if the Aztecs want to be a top 25 team in the nation, THEY NEED TO PLAY BETTER! Next up will be a good matchup against an always competitive BYU team.