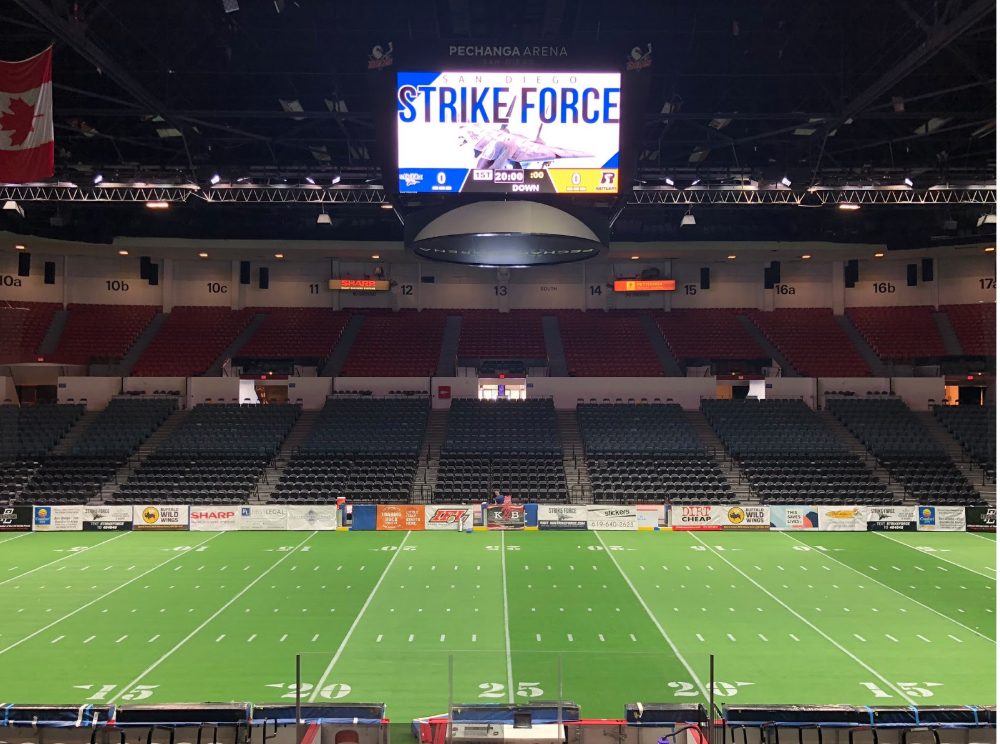 “[Head] Coach Kevin Guy is one of the best in the business; he does a great job of game planning. That’s a play caller I aspire to be like, and his preparation was better than mine.”

The Strike Force wasn’t able to find much offense against the Rattlers, finishing with 127 passing yards and -18 rushing yards.

The Rattlers held a one-point lead after the first quarter and a 10 point lead at the half. It wasn’t until the third quarter, which the game became lopsided. Right after the second half kick off, the Rattlers got on the board via a Gensey Jr. touchdown and a safety. For the Strike Force, the offense gained very little momentum in the second half. The Strike Force’s quarterback Jihad Vercher finished the game with one touchdown and three interceptions while completing 50% of his passes. All of his interceptions came in the second half.

“I need to minimize the mistakes. I let my guys down today as far as my decision making I need to go back to the drawing board and get it right for my guys. We have to play as one. We have to come together, fix our mistakes today, and come out a lot harder against Tucson.”

The Indoor Football League (IFL) began to play in 2009, but 2019 marks the inaugural season for the San Diego Strike Force.

The team plays at the Pechanga Sports Arena. The league has noticeably different rules than the NFL. Some differences include the field only being 50 yards in length, teams are made up of only 21 players, only eight players take the field for each team at a time, and out of bounds is the walls. Any time a player makes contact with the walls or goes over the wall, the play is dead. For the complete list of rules visit here.  The team has six games left, three of them at home.

Coming up for the Strike Force team is an away game against the Tucson Sugar Skulls on May 4. The team will return home May 9 to face the Sugar Skulls once more.