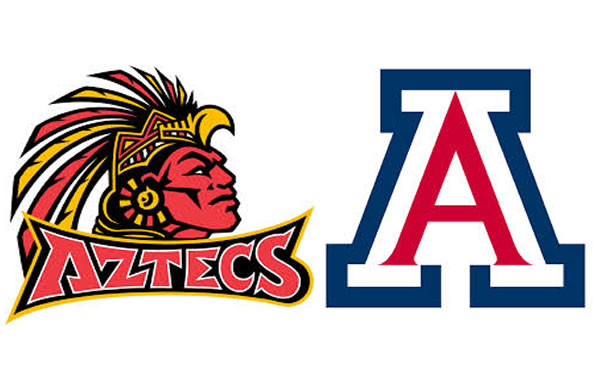 The San Diego State men’s basketball team will welcome Arizona State to Viejas arena Saturday afternoon for one of the biggest games of the season for both teams.

The last time these two teams met on the court, the Sun Devils came out with the win 57-54 but the world was a different place; the Pac-12 was the Pac-10, Malik Pope was 14, Kawhi Leonard was still in an SDSU uniform, and the year was 2010. A lot has changed for both teams in the last six years.

The Aztec’s NCAA tournament bid hangs in the balance as this game is a necessary win to keep the dream alive. San Diego is coming off a two game road trip which included surprising losses to Loyola University and Grand Canyon University. With this game being the last big non-conference challenge on the Aztec’s schedule, all eyes are on Coach Fisher and his team.

Arizona State is looking to defy pre season predictions of a last place finish in the pac 12, and they are trying to rebound from a huge loss to purdue 97-64 in the Jimmy V Classic Tournament in New York.

SDSU’s leading scoring, Sophomore forward Jeremy Hemsley, will look to continue his offensive dominance, as he has averaged a team high 18.1 points per game this season. His offensive talent has played a key role in the four wins that the Aztec’s have compiled this season.

The Aztecs come into this game with all starters healthy and ready to battle, and Senior Forward Malik Pope will have national attention on him as he attempts to lead his team to a huge victory on Saturday against the Sun Devils. Not only does Pope dream of an NCAA bid, but the NBA is a very realistic future for the senior, who has been regarded as a lottery pick earlier in his career.

It will be interesting to see how the Aztec defense reacts to a Sun Devil offense that is averaging 84 points a game, but Aztec fans should not fear; Gonzaga, Savannah State, and GCU all averaged 83+ points before they played SDSU and were held under that mark.

The Aztec’s defense is ranked in the top half of the nation, only allowing 63.8 points per game.

A huge problem for the Aztecs this season is the zone defense. Both losses have come from teams that play zone on defense, and it severely impacts their ability to score the ball.

Only time can tell if SDSU will step up to the challenge and overcome their weakness.

Tip off in Viejas Arena is at 4 pm PST, and can be watched on CBS or listened to on The Mighty 1090 am. KCR will also be live tweeting the game from courtside at @KCRsports.