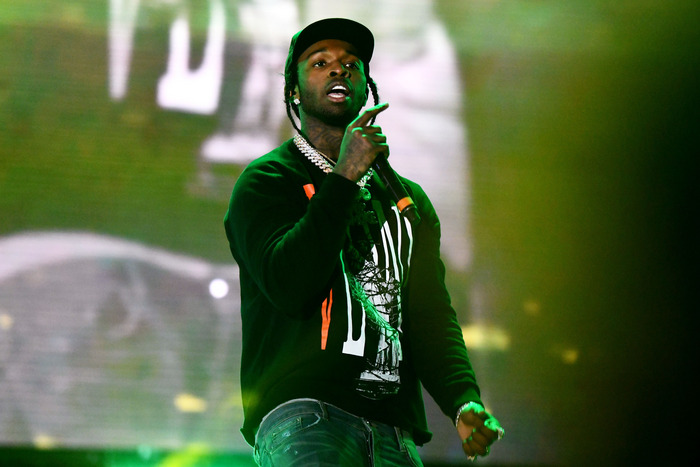 A new movement has been brewing in the midst of the New York rap scene for the past couple of months.

Take the gritty, haunting production from U.K. drill and mix it with the aggressive yet charismatic delivery of Brooklyn rappers and you have the Brooklyn Drill sound. The catapult-like rise of Brooklyn rappers such as Sheff G and Pop Smoke have officially put Brooklyn back on the map.

It’s clear to see that Brooklyn Drill has roots from the original drill scene in Chicago and the U.K. Nevertheless, the rappers from Brooklyn have managed to put their own signature New York flavor and created a new, bustling movement that’s taking hip-hop by storm.

The sound has already been steadily growing in the most thorough borough for a minute now with Flatbush’s own Pop Smoke’s track, “Welcome To The Party” gaining tons of traction during the summer of 2019. The song became a breakthrough hit and landed Pop Smoke at the forefront of movement.

Unfortunately, the fast-rising rapper’s career was tragically cut short on Feb. 19 as he was fatally shot in his Hollywood Hills home during a home invasion.

The shocking death of the promising rapper has left the rap world shocked with music artists from the rap community pouring their condolences and support on Twitter.  In light of Pop Smoke’s untimely departure, here are a few words about the young phenom as well as other Brooklyn Drill rappers to check out:

As mentioned previously, Pop Smoke reared the helm for the Brooklyn Drill scene. Listen to any of his tracks and it’s not difficult to see why. His low, gravelly voice matched with his effortless delivery and signature growl adlib caught the attention of many listeners worldwide. It even had one writer compare him to an ancient Sumerian demon. Out of all the Brooklyn Drill rappers, he saw the most commercial success garnering collaborations with artists such as H.E.R. and Travis Scott. It’s clear to see the prosperity Pop Smoke received brought much attention to the Brooklyn scene as a whole.  Now mainstream artists such as Tory Lanez, Quavo and even titans like Drake and Nicki Minaj have hopped on to the Brooklyn Drill wave. Despite the premature cut to a promising young career, his influence opened the gateway for the sound to reach the masses.

Due to Pop Smoke’s meteoric rise into the spotlight, he’s seen as the most prominent voice in the Brooklyn Drill soundscape. Before his arrival into the music scene though, Flatbush’s own Sheff G reared the helm. He first made waves back in 2017 with the release of his breakout track, “No Suburban” and then went on to release his full-length debut, The Unluccy Luccy Kid in 2019. Capitalizing off the momentum of the entire movement, the album proves to be a strong entrance for the Brooklyn rapper. If you’re new to the scene The Unluccy Luccy Kid is an amazing introduction to the subgenre as a whole.

Tracks to check out: “Flows,” “We Getting Money,” and “Menace feat. Sleepy Hallow & Mozzy.”

22Gz (pronounced as tutu jeez) is one of the earliest pioneers of the Brooklyn Drill wave, releasing his first song, “Blixky” back in 2016. After capturing heat with the release of his next single, “Suburban,” his career took a turn for the worse as he was arrested and charged with second-degree murder. Fortunately for the young Brooklynite, he only spent several months in jail as the murder charges were later dropped. Since then, the self-proclaimed “Brooklyn Drill General” has been steady on his grind and managed to ink a deal with Kodak Black’s label, Sniper Gang. With a successful mixtape under his belt, 22Gz is a force to look out for in the near future.

Fivio (pronounced as fabio) Foreign is another up-and-comer that’s firmly gaining traction beyond the Brooklyn music sphere. Landing a feature on Tory Lanez’ new single, “K Lo K,” Fivio shows up with an infectious energy and bounce as he puts on for the city of New York. His rapid rise to popularity has even caught the eyes of Drake who he’s rumored to have a feature with. After connecting with legendary New York rapper Mase and signing a record deal with him, Fivio is quickly becoming a force to be reckoned with in the near future.

If you’re looking to find out what’s currently hot right now in hip-hop, peep some of these joints out!