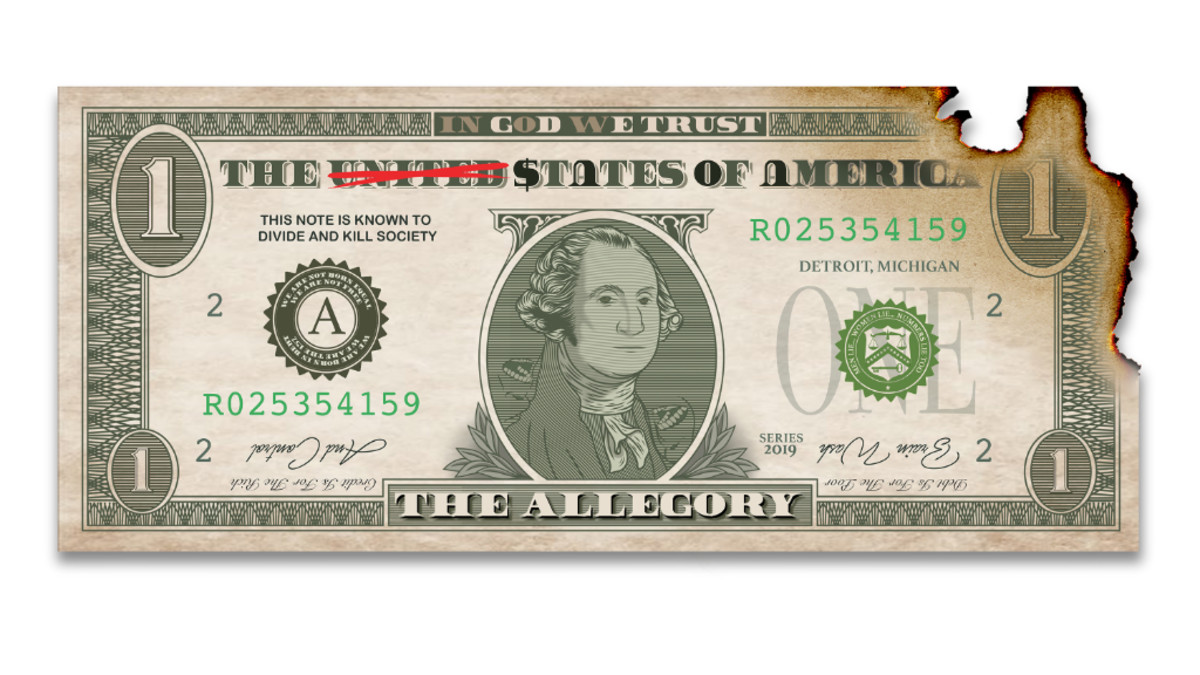 After reflecting on his life in the highly introspective, soul-baring album, The Book of Ryan, in 2018, rap veteran Royce Da 5’9’’ focuses his newest effort, The Allegory, on looking outwards and providing philosophical commentary on society at large.

In an interview with legendary Los Angeles radio host, Big Boy, Royce explained the origins of the album title, revealing it as a direct reference to Plato’s Allegory of the Cave.

“The album speaks a lot about perspective, I’m intrigued by perspective these days,” Royce said. “It’s amazing to me that two people could be looking at the same thing and seeing two totally different things, and each thing being their respective truth.”

With this project marking his eighth studio album, the Detroit emcee enlists a myriad of rappers to help push the album’s focus on perspective. The Allegory runs for a little over an hour with 22 tracks total of dense lyricism and philosophical messages meant to question the listener’s current perspective on reality.

In the rap game, Royce is best known as a top-tier lyricist and storyteller. But in this project, he switches things up by producing every track on the album. Considering that he has only recently started producing beats with his first credit on Eminem’s newest album, this is an ambitious feat that deserves its own applause.

The album opens up with the song, “Mr. Grace (Intro)” where a sample of a a father teaching his daughter financial literacy is played. Lines such as “If I gave you a million dollars right now, would you buy candy or a candy store? A candy store,” and “If I gave you something for 500, and you flip it to the next man for 2000, what is that called? Upselling” indicate Royce’s invitation to listeners to question their perspective on America’s lack of financial curriculum for its children.

He confirms this later on in his verse the repercussions of this lack of literacy rapping, “But this is America, where credit is for the privileged and profit is not my amenity.” In this line it’s clear to see that Royce is targeting the oppressors, namely rich white businessman who maintain the racist status quo of oppressing minorities.

A standout track of the album is the song, “Upside Down feat. Ashley Sorrell & Benny The Butcher.” As the fourth single of the album, Royce and rising New York rapper Benny The Butcher lay down a lyrically he avy tirade against the aforementioned oppressors. With Royce rapping, “White kids graduate to relationships with a ton of perks / Black kids, just aggravated and had to take a ton of Percs,” it’s clear to see the frustration he holds over the lack of equity in today’s status quo. Benny The Butcher voices similar frustrations rapping, “Young heathens clap tools over VVS jewels / White kids pull heaters at school, wanna CBS News.”

For a rapper with one of the most sharpest pens in the game, the production throughout the album never seems too boring or stale, despite the heavy reliance of sampling and boom-bap drums. The eclectic use of a wide range of samples such as Kool & the Gang’s funky hit, “Sunny Madness” in the song, “Dope Man” or the soulful crooning of The Linton’s “Lost Love” in “Overcomer” shows the hard work Royce put in before showcasing his work to the world. It ultimately pays off with an impressive production quality not typically found in rappers who decide to dip their toes into beat-making, especially one capable of such high caliber lyricism.

Overall, The Allegory proves that Royce’s pen is still sharp as ever and showcases his new production skills in this self-produced album. If you’re itching to hear some hard hitting bars that’ll have you reflecting on your own perspective, I suggest that you peep this joint out!