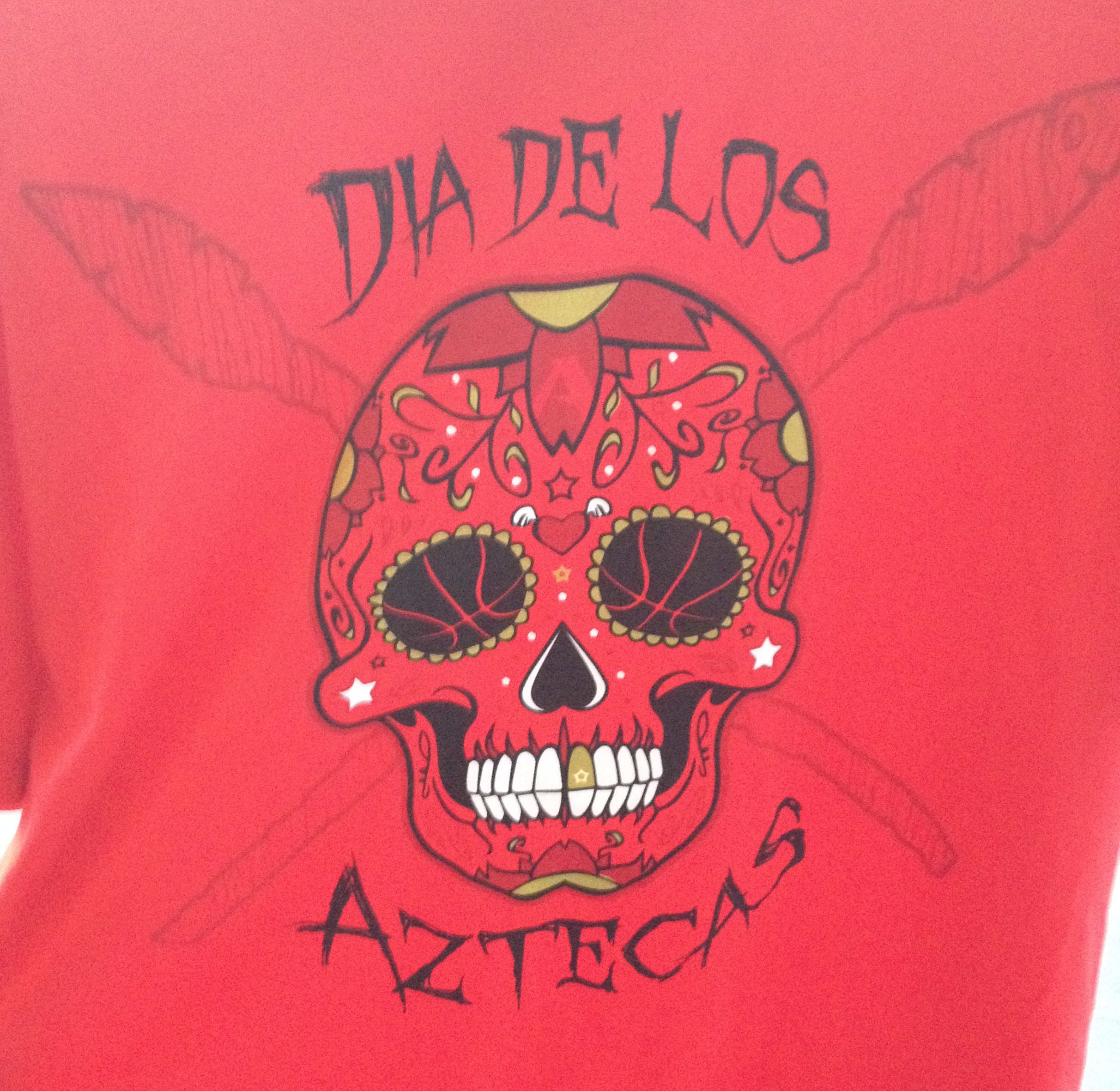 Well it was a great weekend for me personally, for the Aztecs, and the denizens of Seattle. Anyway, to Aztec sports.

The San Diego State men’s basketball team beat Colorado State 65-56 in a game where neither Josh Davis nor Dwayne Polee II played. Xavier Thames finished with 24 points and seven rebounds while going 12-12 at the free-throw line.

However, the two things that captured the short attention span of nearly everyone present in Viejas Arena were: the pretty-much physical confrontation between the Ram’s head coach Larry Eustachy and second-leading scorer Daniel Bejarano.

So that fight was interesting, and Bejarano didn’t play the rest of the game. Mind you, this happened after three minutes of the game and after he had picked up three fouls.

The second event of note besides the actual game was the smart Colorado State fan who decided to sit among the Aztec faithful and cause a ruckus. He got kicked out. The whole arena saw, and laughed, and chanted “kick him out” before he waved his way off out of the arena. Godspeed.

Also, The Show, SDSU’s lovably loud and disorganized student section, handed out free t-shirts before the game which said “Dia de Los Aztecas.” The shirts were rad, and what was even cooler was the fact that the Aztec players wore them in warmup.

But really, after the “I Believe” chant and the “Uprising” verse (which if you don’t get goosebumps, then you’re not believing hard enough), The Show becomes a flat, uninterested group of 20-year-olds whose attention spans vanish after 10 seconds.

It doesn’t help that The Show is really all about the hardcore group in the first three rows of the student section who, at times, will start doing chants that ONLY THEY KNOW and then complain to other 2,450 students for not being able to hear them from the top of the arena and cheer along.

Here’s what The Show needs to do. Do something like they do at Texas A&M, a form of the Aggies “Midnight Yell Practice.” The Show needs to get the students to know what they’re doing so they can be as loud as possible.

Anyway, the Aztecs play University of Nevada Reno on Saturday the 8th at Viejas Arena. That game will be on CBS Sports Network, and the Mighty 1090 (that’s am radio for those who don’t know what that means).

While the men were staying busy, the often-overlooked women’s basketball team was destroyed 95-48 against Colorado State in Fort Collins. The Rams made 19 three-pointers, and that’s usually going to get the job done.

The women have had a tough time this season. There are a lot of new pieces to this team, including coach Stacie Terry. Their record is 7-11, with a 4-4 mark in conference, and a tough schedule to come.

That being said, they need support. Go watch them, they play on Wednesday the 5th against Boise State at 6 p.m. inside Viejas Arena.

“We have a water polo team?”

That’s right, and they’re ranked ninth in the country after winning their first three games of the new season.

Ever played water polo? It’s tough, you get elbowed in the ribs sometimes. Anyone who plays water polo is automatically that much tougher physically.

Check them out at the Auqaplex this Thursday the 6th at 3 p.m.

Ever watched a tennis match? SDSU has two NCAA Division I teams, and they’ll both blow your mind. Tennis isn’t easy, and it’s fun to watch.

Catch the women taking on UC Irvine on Thursday the 6th at 2 p.m. and catch the men on the 27th of February at a time to be announced against Oklahoma State. So until then, the women play five times, so go watch them

My favorite NFL team, the Seattle Seahawks, won the Super Bowl over the Denver Broncos by a score of 43-8. Yes, that is 43-8. It was not a contest. But for me, it was a joyful exposition of smashmouth defense, hard-hitting tackles, and the calming arm of Russell Wilson, the Seahawks quarterback.

So for all the talk the past two weeks about how Richard Sherman was a “thug,” or “a terrible person,” here’s why the Seahawks won this game. Richard Sherman was the only person that was talked about, and not the other 10 players on the best defense in the NFL.

So by not throwing towards Sherman, Broncos quarterback Peyton Manning instead felt the wrath of the number one overall defense.