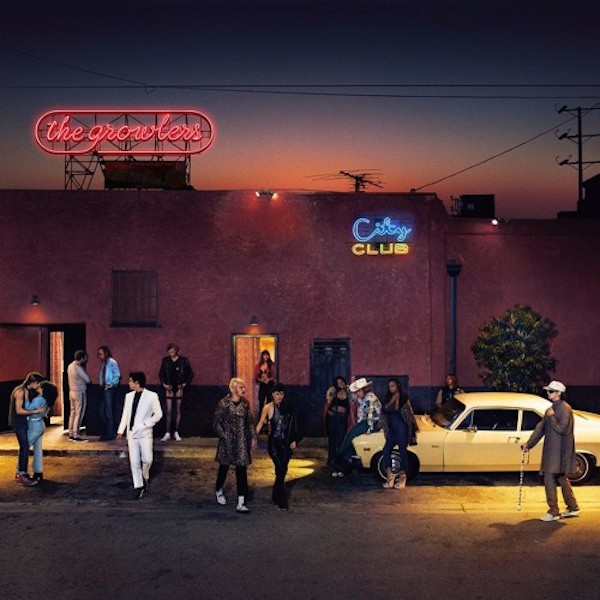 Hey Aztecs! Here on Now Listening with Lala I am very pleased to announce that The Growlers have finally released their new album, City Club. I have been patiently awaiting new music from this Southern California band, and am very excited to break it down for you.

The Growlers are typically known for the coined term “Beach Goth”, which is also a music festival that is happening this October in Orange County. Now, this particular band combines garage rock with elements of surf, folk, and a bit of a rockabilly 60’s vibe. Their unique sound is what has given them such popularity in the last few years.

City Club, however, strays from the typical country rock that we’ve seen from The Growlers in the past. Produced by Julian Casablancas and Shawn Everett, this album contains a much more synth funk and retro vibe. Pulling elements from the disco era, the tracks on this album have a more electro pop sound than previous albums from The Growlers.

Not that different is any bad, City Club is side stepping into a direction that the band has not dipped their toes into yet. This album is still fantastic overall, but it just might take a few listens to warm up to the tracks.

A few popular and favorite tracks on the album so far include the first track, City Club. Upbeat and very dancey, this track still maintains that Growler’s attitude, full of reverb, just less synth. In addition, World Unglued is a very good track. Reminding me most similarly to The Growler’s previously folky sound, this particular track talks about just letting go of the world around you and setting yourself free. Swanky and eclectic, The Growler’s really nailed it with this song.

Take a listen to these awesome tracks below and don’t forget to tune into my show, In Your Speaker, from 3-4pm PST on Tuesdays! ❃