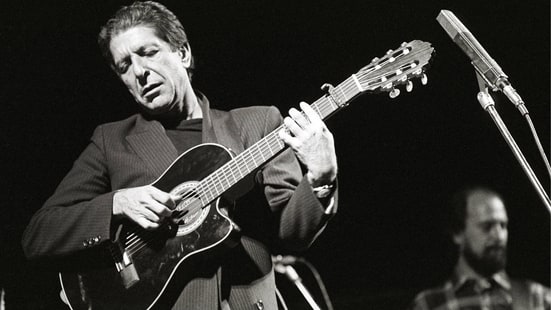 Amidst the political disgruntle and protests sparked by America’s passionate youth, the world lost an icon, musician Leonard Cohen, on November 7, 2016. Leonard was what many described him as an “unlikely musical icon”. He was not the best singer nor an over the top performer. In other words, Cohen was the complete opposite of David Bowie. However, what he lacked in stage presence, he made up for with beautiful lyrics, enchanting melodies, and songs that will last a lifetime. “Hallelujah” is one of those songs that will remain a timeless masterpiece.

Born on September 21, 1934, Leonard Cohen lived in Montreal, Canada with his Jewish family. It was here that Cohen was inducted into the Canadian Music Hall of Fame and Songwriters Hall of Fame. Canada also awarded him the highest form of civilian honor, admission into the Companion of the Order of Canada.

In  1967, Cohen released his first LP called Songs of Leonard Cohen which features one of my favorite songs called “Winter Lady”. The simplistic yet deep lyricism and composition are Cohen trademarks that, nonetheless, deem him as one of the greats. He released his most recent album You Want It Darker three weeks before his death on October 21. However, Cohen’s most popular album is still his 1988 release of I’m Your Man. Taking a more modernistic approach, this LP incorporates synthesizers and an upbeat 80s sound.

Besides writing songs, Cohen was also a writer, receiving the 2011 Prince of Asturias Award in literature. He also published Book of Longing in 2006 which features 167 unpublished works and drawings. Cohen wrote these works during his stay at a Zen monastery from 1994 to 1999 and his trips to India. Spirituality greatly influenced his life and transcended to his music.

Nevertheless, Cohen remained true to his Jewish heritage and on November 10 was laid to rest with a Jewish rite. His two children and two grandchildren continue his legacy in poetry and music, captivating audiences worldwide. His themes of sexuality, politics, religion, and social justice inspire artists to this day and act as a reminder of the true testament music holds.