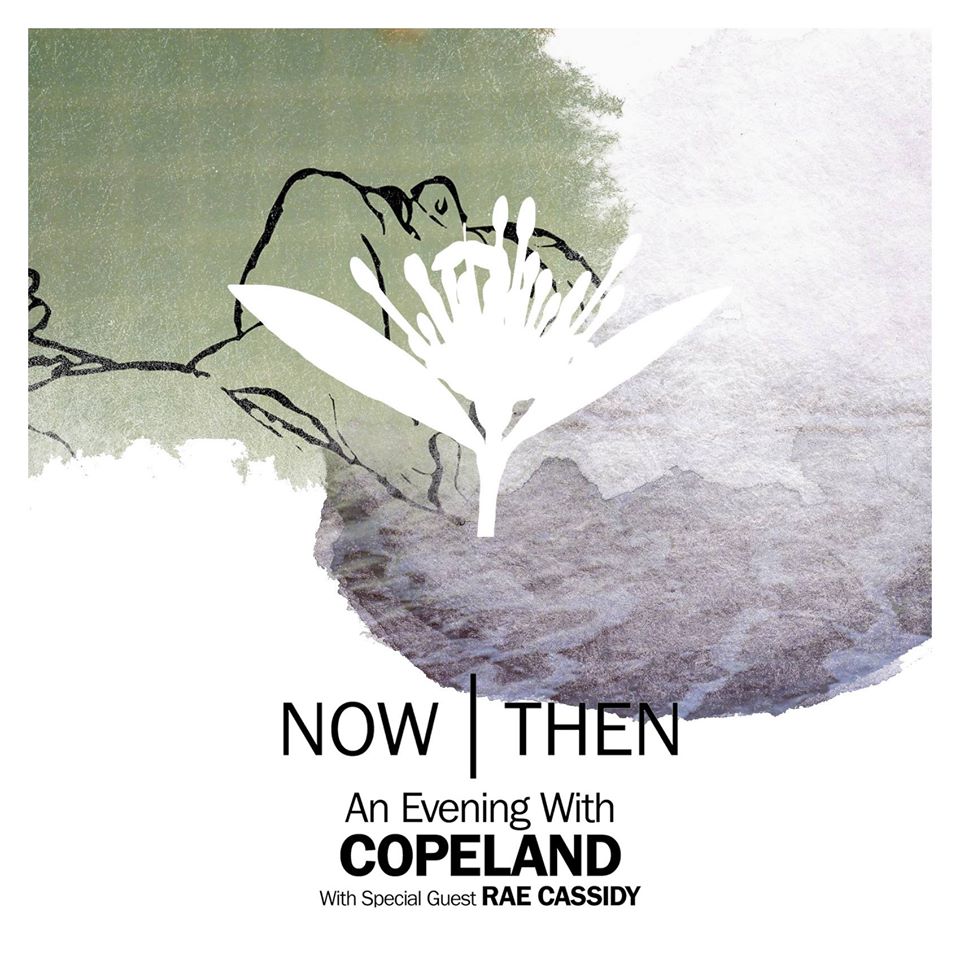 You know those days when you wake up and the sense of autumn is rising just as that early sun is? So you put on your fluffy socks, sip on a warm holiday-themed coffee, and walk outside to feel the crisp morning air* – all of these early morning activities are perfectly matched with this week’s Neighborhood Jam band.

Copeland was formed in 2001 in Lakeland, Florida.  The band currently consists of Aaron Marsh, Bryan Lawrenson, and Stephen Laurenson.  If you had to label their music it would be a combination of Death Cab for Cutie and Young the Giant. Copeland’s songs are slow and powerful accompanied with beautiful string melodies and easygoing guitar riffs. My personal favorite song is I Can Make You Feel Young Again from their latest album Ixora Twin.  I love the solo bass in the beginning, and Marsh’s vocals are deep and soothing.  I also really enjoy the music video that is post below.  The visuals are beautiful from the early morning sunrise, to the underwater scenes with the mermaid. Yes, the mermaid – but trust me, it’s not corny. It actually leaves you with a combination of feelings at the end.

Copeland was recently in San Diego on Wednesday, November 16th, and they played a show at the Irenic with special guest Rae Cassidy for an intimate show with a nearly sold out crowd.  The tour is called “Now | Then” and it is in celebration of playing music for over 13 years. In order to celebrate properly they invited a live string section to join their performance of their songs to the fullest potential.  The band also celebrated by playing songs from all of their albums ranging from their first album Beneath Medicine Tree (2003), to my personal favorite album Eat, Sleep, Repeat (2006), to their latest album from last year Ixora Twin.  This tour is one for the long-time fans, and Copeland is absolutely killin’ it right now.  Fans love hearing singles from all of their favorite albums.

Be sure to give them a listen and definitely check out the music video above.  And give them a like on their Facebook page so you can stay in the know with their current tour.

*Yes, I know we live in San Diego, and there is a new heatwave every week. Instead of socks we wear flip flops; instead of hot coffee it’s always iced.  But let’s pretend it’s actually the middle of November and the leaves are changing colors.