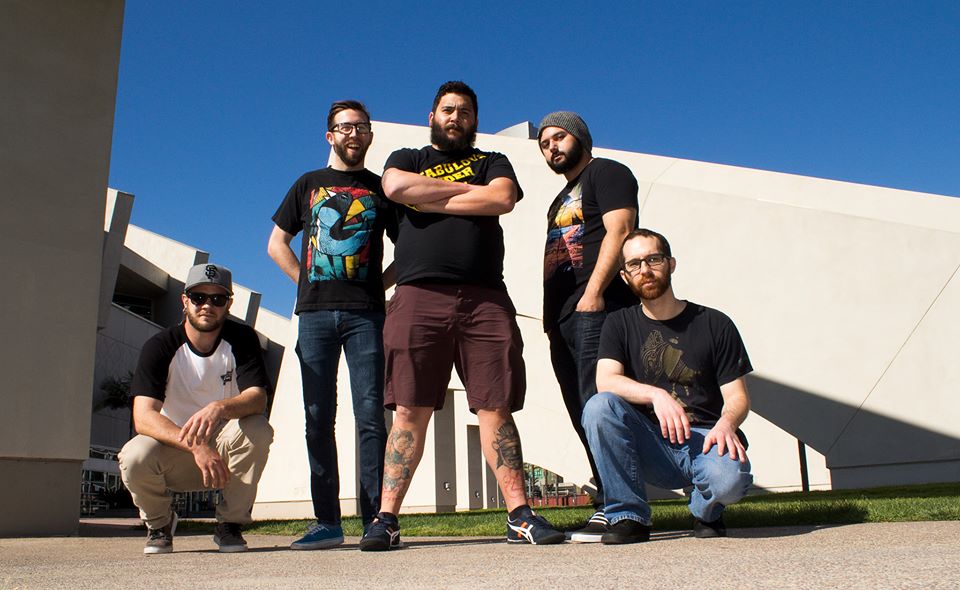 Welcome to another rendition of Neighborhood Jams where I feature a local San Diego band. This week I am featuring the San Diegan band Hard to Hit!

Hard to Hit formed in late 2015, and their pop punk vibes are already hitting stages including venues like Soma in Point Loma. The band consists of five punk music lovers: Jason Kubo on vocals, Ian Elkerton on rhythm guitar, Richard Franklin on lead guitar, TJ Feasby slappin’ da bass, and Pierce Watkins on drums. Together the band recorded at Panda Studios and released a five-song self titled EP with songs including Houston, We Have A Boner and She Doesn’t Even Go Here. Which yes, I got the inside scoop directly from the band, and it is influenced from Mean Girls the film.

You’re Not My Real Dad is Hard to Hit’s first single, and it’s the most perfect song to introduce their sound to the crowd. With the catchy lyrics, heavy yet upbeat rhythms, and great crowd chorus it’s a recipe for pure pop punk success. They sound like a combination of New Found Glory and Blink 182 put together. At Hard to Hit’s last show at Soma the crowd was screaming and singing along with the band. It’s so great to see so much loyalty from their fans.

Hard to Hit will be performing on the side stage at Soma on April 22, and you can buy tickets here! The next day they will be in San Bernadino at The National Orange Show Citrus Faire. KCR College Radio also got to interview the band, and that video will be up in the coming week. You guys can be on the look out for that video on our website or on their Facebook page.

Also be sure to click HERE and let’s help out these boys play at San Diego’s Warped Tour this summer! With every view of their lyric video, they inch closer and closer to gaining the San Diego spot – wouldn’t that be awesome! Best of luck, Hard to Hit! I will definitely see you guys at Soma on the 22nd, and I have my fingers crossed you will play at Warped Tour. Good luck!