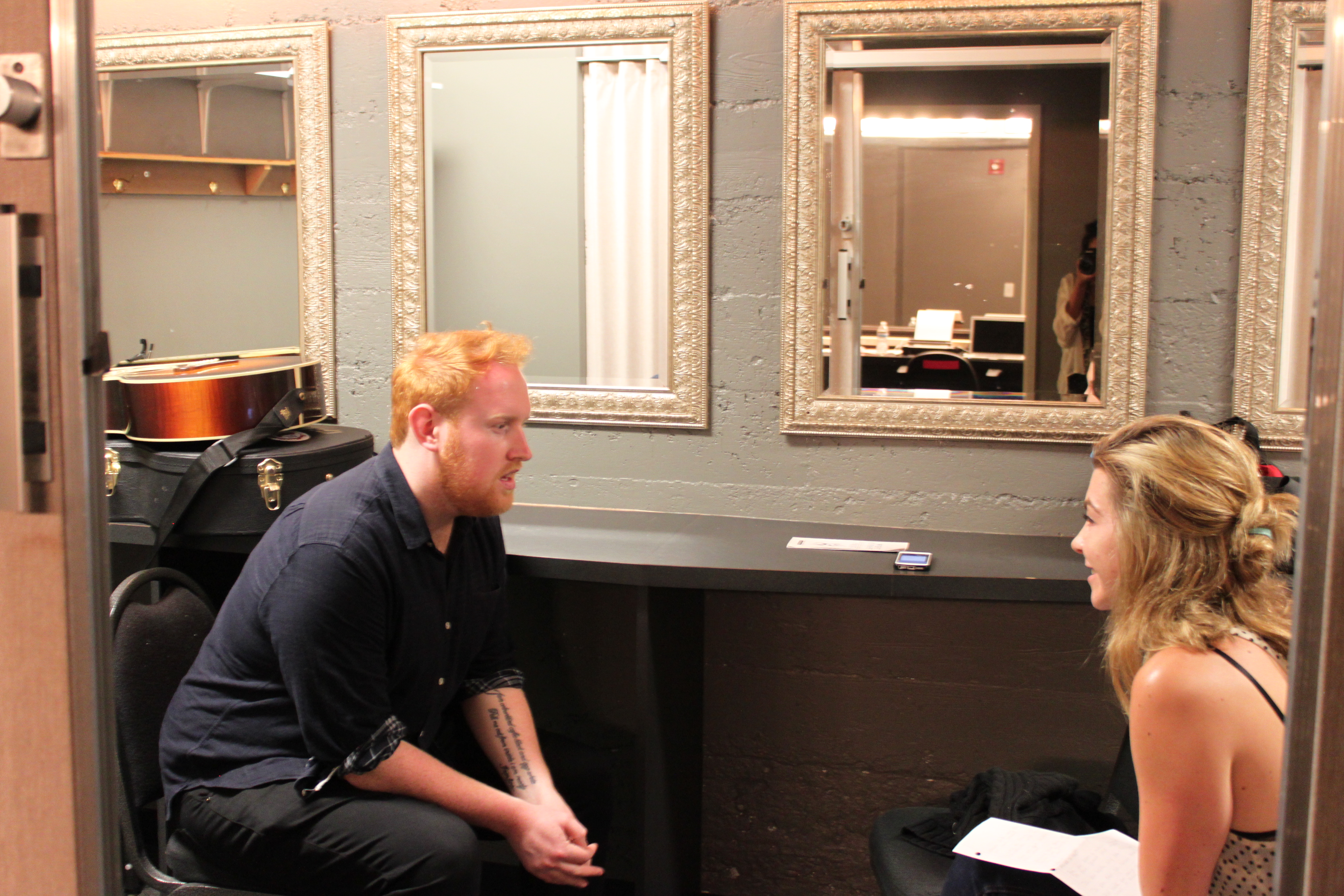 “It’s not where you go, it’s where you’re going, and who’s the company” – Remember Me

If you scroll through my twitter from the last eight months, 90% of the lyrics I tweet are those written by Gavin James. Before I start with the interview part of this article, I’ll tell you a little about how this unbelievably talented 24 year old from Dublin Ireland became one of my favorite artists.  On August 24, 2015 I got the pleasure of seeing Sam Smith at my all time favorite amphitheatre in the country; Red Rocks Park and Amphitheatre in Morrison, Colorado.  While Sam Smith was breathtaking, it was really the opener that set the mood for the rest of the show.  I had never heard the name of the opener, Gavin James, before this day but as soon as he set foot on stage and started singing, I would never ever forget his name.  From meaningful lyrics to beautiful guitar to high notes that literally give you goosebumps, he is truly one of a kind.

“I wish time would slow down, so I could keep your heart around” – For You

When I was presented with the opportunity to meet and interview Gavin James and attend the show where he opened for Ben Rector at The Observatory North Park in San Diego, I couldn’t pass it up.  Even though I’ve never actually done an interview with anyone before, much less one of my favorite artists.  Obviously I was nervous to meet and chat with Gavin but the nerves immediately went away when I was greeted by Gavin James and his manager with big hugs and banter about the horrible traffic from Los Angeles to San Diego.

Carson Stoltz: How old were you when you started to write and sing your own songs?

Gavin James: I was about fourteen more or less, I didn’t have much to write about then though. And then I really started writing when I was doing pub gigs and open mic nights, meeting loads of people when I was like sixteen or seventeen.

CS: Living or dead, who would you want to collaborate with most?

GJ: Sam Cooke, Smokey Robinson cause he’s just awesome, Hozier – I love Hozier! And he’s Irish and he lives pretty much down the road.

CS: Have you met Hozier?

GJ: Yeah I actually did a radio gig about three years ago in Dublin and I hadn’t heard about him and we just did this radio show and he started paying and that was the first time I’ve ever cursed on the radio in more whole life; after he played.  He did Take Me to Church and nobody had ever heard it before, and I just looked at him and I was just like “ahhh what the f***” he just blew my mind

CS: Who are your biggest influences in your music?

CS: You just started the tour with Ben Rector but how is it so far?

GJ: It’s great! It’s the third show that I’ve done!  Been in California for awhile.  He’s a lovely guy.  It’s so hot here! I really didn’t think it would be so hot, it’s only March! But it’s really hot.  I got majorly sunburned as well.  I sat in the sun for like an hour, and I knew it was happening just cause I’m ginger and I burn very easily.

CS: What is your favorite place that you’ve played so far?

GJ: I did this really cool thing in Germany, it was by the sea.  Crowds in Europe are really nice.  It was very cold though, it was so much fun though!

CS: Are you from a musical background? Do your parents play music or anything?

GJ: Yeah my mom and dad sing! My sister is a gospel singer.  My great grandparents were opera singers.  My granddad was a comedian.  My family brought us all up with music for sure though.

CS: Do you have any pre-show rituals?

GJ: Not really, I get really nervous though liken 20 minutes before the show.  Doesn’t matter where, just like 20 minutes before I get really nervous.  I get so nervous but once I step foot on stage it all goes away.  I just pace, do jumping-jacks to get myself to not think about being nervous and then it’s fine.  It’s a little harder here in America though because I talk really fast and no one understands me, I’m like a leprechaun on speed.

CS: What made you realize that you wanted to pursue a career in music?

GJ: I worked lots of other jobs and I kind of realized I didn’t want to do anything else.  Then I did pub shows, like really long shows.  Like three hour shows a night and I loved that, it was my favorite thing ever.  And I was just doing cover shows then, but then I started doing my own songs and people started coming in and requesting my songs and when people started singing them back I knew I should try to gig around Ireland.

“Here it comes, every red rose has its thorn that cuts” – Two Hearts

It’s hard to describe Gavin James’ music in words.  He’s one of those artist that you have to listen to, or go to a show to really understand how incredible his voice and his music are.  Not only is his music amazing, he is also someone that I would want to hang out with on a daily basis.  He made my first interview so easy, more like a chat than an interview.  His debut album came out just a few weeks ago on March 11, 2016 and he is already making a substantial presence in the music world, especially in Europe.  With several songs on the Spotify Artists to Watch in Europe.  Gavin James is really one to keep an eye on in the future.