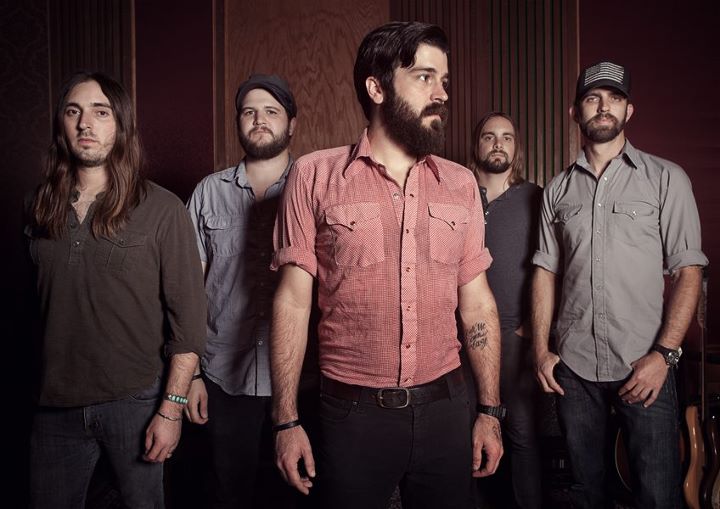 How’s it going everyone? Happy November! On this week’s neighborhood jam I didn’t realize what I’ve been missing out – and boy, am I happy I was introduced to this band recently. Dead Feather Moon is this week’s featured band from San Diego, and their sound is a perfect soundtrack for a long drive early Sunday morning with the windows down and your stereo turned up.

Dead Feather Moon consists of five rock ‘n rollers named: Justen Berge, Jesse Kling, Tyler Soule, Chris Bowling, and Greg Peters.  Together they have released two CDs – the first one in 2009 titled Leave Heaven to the Birds, and the second one released in 2011 titled Dark Sun. Both albums have a great overall sound. You can truly hear the heart and soul that these guys display.  One of my personal favorite songs is definitely Everything I Haven’t Said. In the beginning they are singing in harmony together with a single lone beat. As the song progresses they bring in the guitar and different percussion sounds, and even a harmonica joins the party. They just about sound like a combination of Mumford and Sons and Explosions in the Sky. Another one of my personal favorite songs is, Movers & Shakers. Dead Feather Moon brings a relaxed feeling of home with their harmonic melodies, and this song is the perfect example.

Now even though these CDs came out a couple of years ago, Dead Feather Moon is still getting awesome recognition for their work.  In 2012 they were a San Diego Music Award Winner for Best Alternative Album, and two years later they won another music award for Best Alternative Band.  They have toured all over the west coast, played at famous venues all over San Diego and even made an appearance at SXSW. Even with their busy schedule they are able to take their songs and creativity to the streets – literally by filming a music video on the trolley. Below is their video for the song “Snake Skin” – A Trolley Show. I take the trolley every day to San Diego State, and I would love to hear some professionals playing their songs live – it would totally make my day!

Dead Feather Moon is going to play at The Music Box on November 14th and you can buy tickets here! You can also hear some of their songs on their website, and be sure to give ’em a like on their Facebook page.