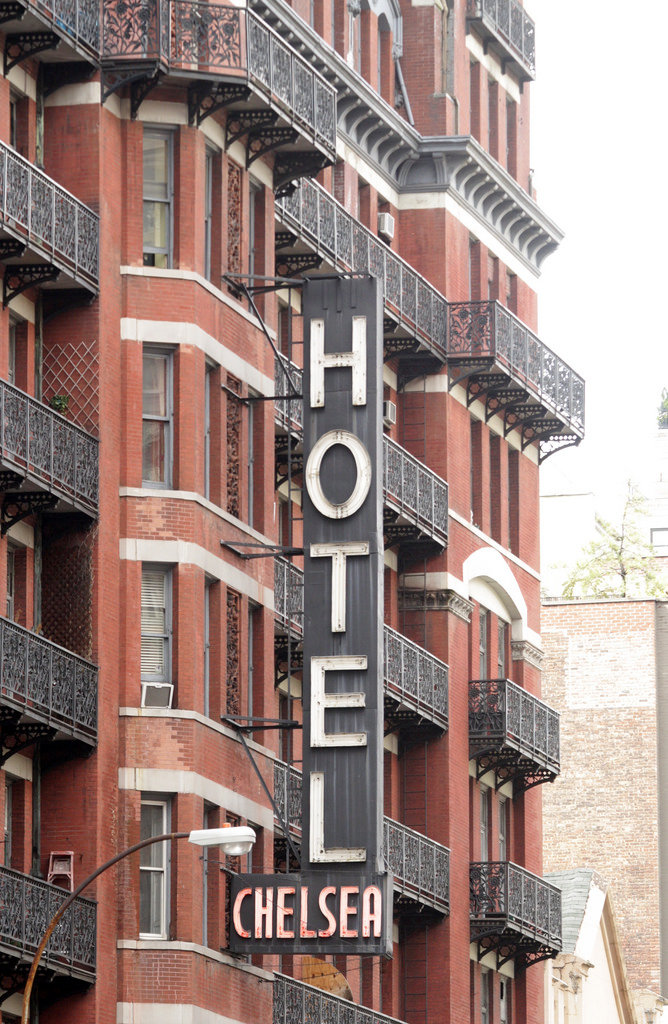 The Chelsea Hotel, otherwise known as The Hotel Chelsea, has housed many rock ‘n’ roll greats, authors and actors. People from the iconic Janis Joplin and Jimi Hendrix to the notorious Sid Vicious and Nancy Spungen have stayed in. In the late ’60s and ’70s, New York City was home to the whole new pop culture realm of music, photography and poetry.

I came to hear about the Chelsea Hotel through a book written by Patti Smith called “Just Kids”. She wrote about her many experiences in New York with her then partner Robert Mapplethrope. She talks about her time in the Chelsea Hotel and the people she met there.

As some of us may know, The Chelsea Hotel was were many artists spent the end of their lives. The most infamous was the murder of Nancy Spungen, Sid Vicious’ girlfriend. For those who don’t know the story, Nancy was found stabbed to death in her and Sid’s hotel room. Many believe that Sid killed her, including the police. So, they arrested him at the Chelsea Hotel.

Many songs, books and movies have been written about this hotel. We all know the lovely song “Chelsea Hotel #2,” by Leonard Cohen, who also stayed in the establishment. That song was about the affair with Janis Joplin he had during their stay at the Chelsea. Andy Warhol, the esteemed photographer, filmed a short film called Chelsea Girls about his models and their lives in the hotel. I recently had the privilege of visiting the Chelsea Hotel. Even though it was closed for renovations, I could still feel the essence of its glorious history. On the building people have written the long long list of names of legends that have stayed behind its doors. I hope to go back one day when it is open to really feel the spirits of those who came before. I’ll leave you with the words of Leonard Cohen: “I remember you well, in the Chelsea Hotel. You were talking so brave and so sweet.”