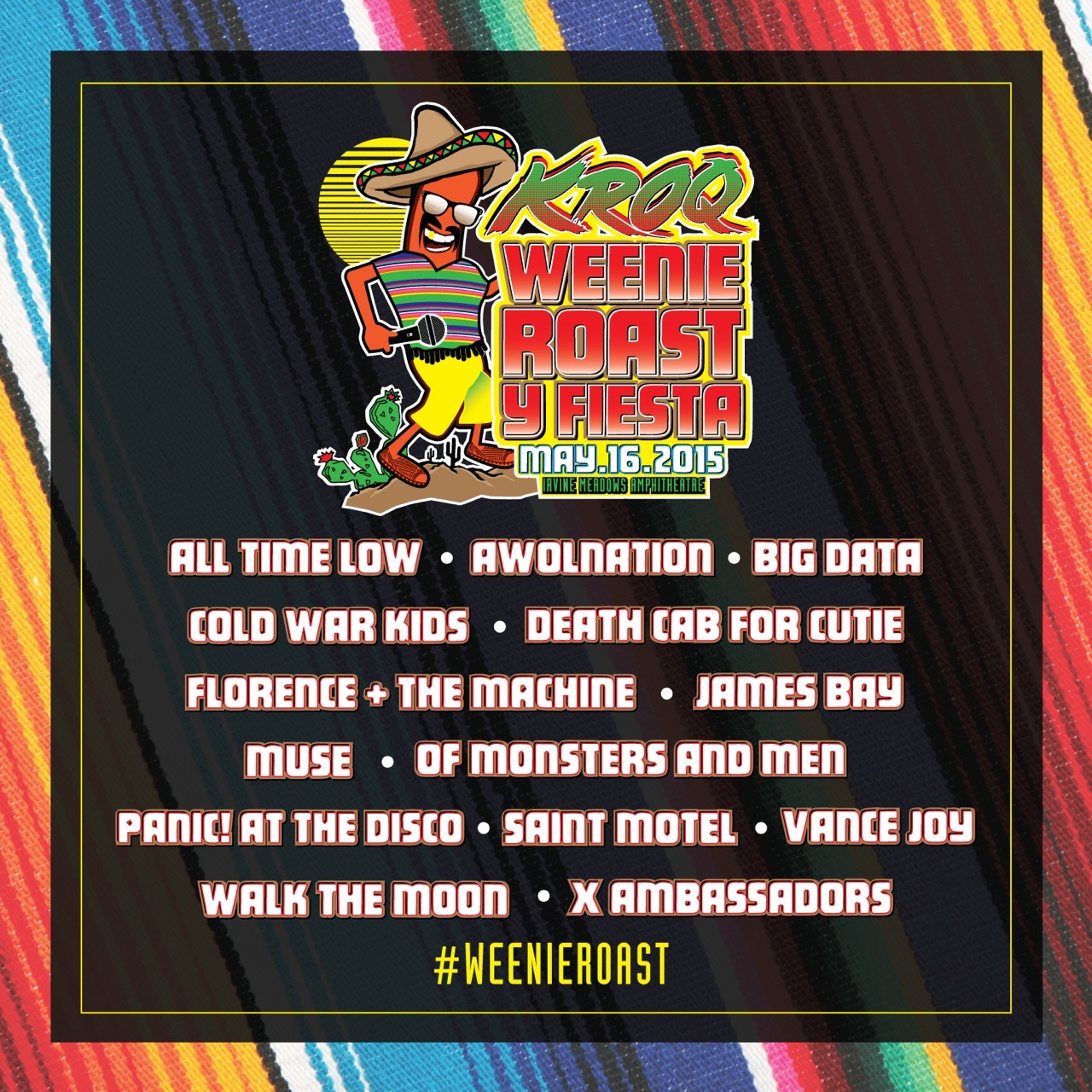 KROQ announced the annual Weenie Roast lineup this morning, pulling in big-time Florence + the Machine, Death Cab for Cutie, and Muse to help headline this May.

Other emerging acts such as James Bay and band Saint Motel (who recently played main stage at Coachella this year) are invited to KROQ’s Fiesta held in Orange County. The majority of the lineup consists of alternative and upbeat bands, KROQ’s specialty, with hits that have played through radio nonstop within the past year (lady, runnin’ down to the riptide) and have yet perform newly released music from upcoming records. Those who missed Cold War Kids and Vance Joy on tour can look forward to making up for it.

Compared to past lineups, this year’s acts do not seem initially breathtaking based on having to figure who will close the night compared to the 2013 and 2014 names that evidently stuck out to the public (e.g. Beck, Thirty Seconds to Mars, Jimmy Eat World). Guests Awolnation, Of Monsters and Men, and Walk the Moon  are also not newcomers to the mini-festival; it just feels a little too predictable. In my opinion, the lineup could have been stronger based on my music preference and as an avid KROQ listener growing up. I feel they could have hosted better performances alluding to a bigger indie-rock presence rather than pop-punk with random hits here and there. 2015 has been quite the year for music – maybe Weenie Roast 2016 will show a better festivity.

Nonetheless, the headliners know how to put on a good show; given that Florence Welsh broke her foot from her electric Coachella Weekend 1 performance gives some insight of how good. Ticket info and a YouTube playlist with music from all bands can be found here.