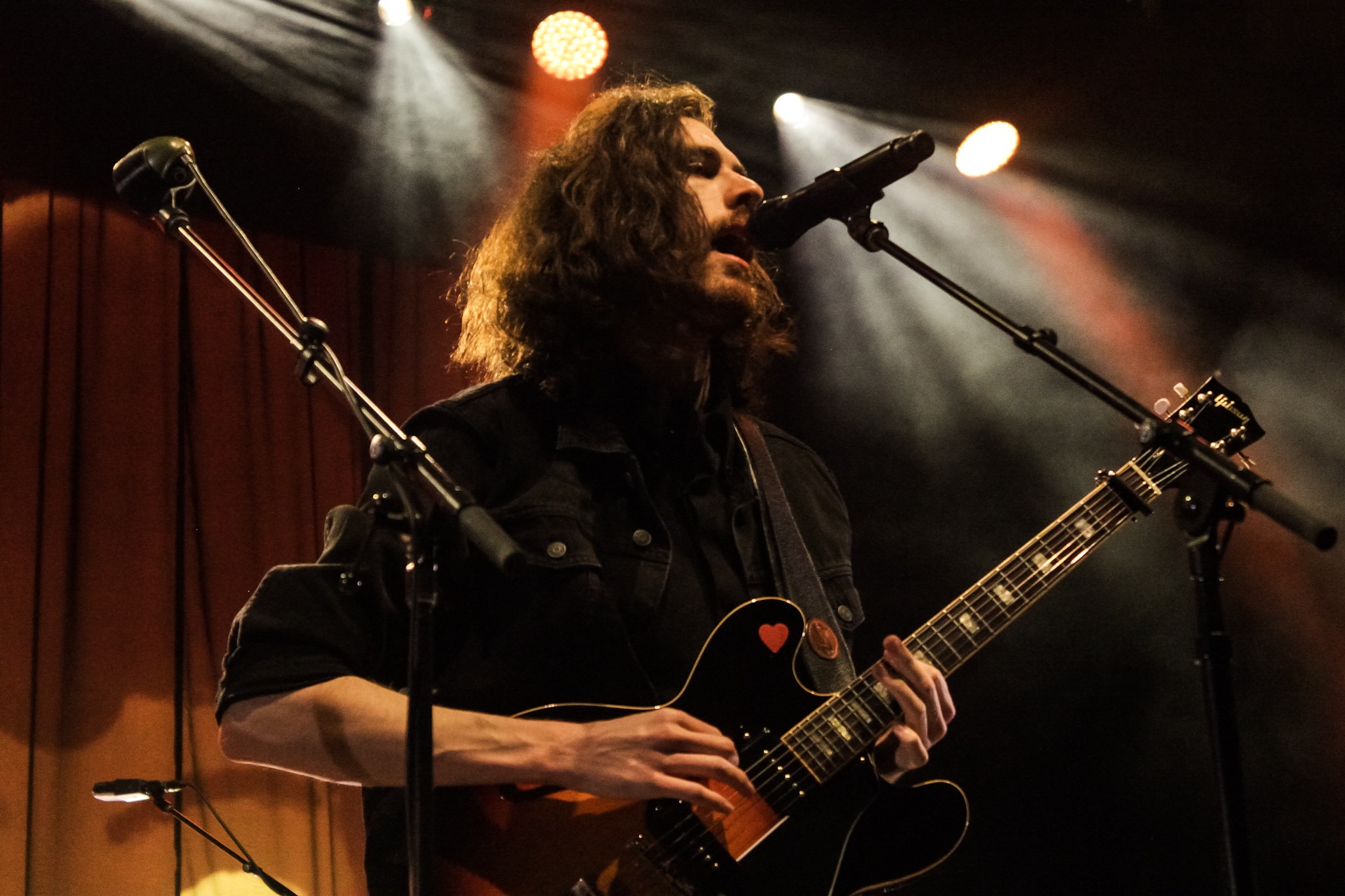 The stage was basked in red light as Hozier and his band members appeared. Accompanied by Rachel Beauregard, Jessica Berry, Cormac Curran, Rory Doyle, Emily Kohavi, Kristen Rogers, and Alex Ryan, Hozier began the show with “As It Was” followed by “Dinner & Diatribes”.

Behind the band, images of protests and fighting for rights were shown during “Nina Cried Power.”

The song is “a thank you note to the legacy of artists from the 20th Century whose work still inspires us” and would not be the first instance of protest music during the night. Hozier played his new song “Jack Boot Jump,” after politely asking the crowd to not record it and just “be present.” The rest of the band members left, leaving only Hozier and Doyle on drums for this “not subtle” song inspired by the protest music of Woody Guthrie and named after George Orwell’s quote “‘if you want to imagine the future, imagine a jack boot stomping on a human face forever”.

While Hozier’s newest album, and namesake of the tour, Wasteland, Baby!, is beautiful and had the crowd singing all night, his old material is what gained the most excitement.

Songs like “Someone New” and “Jackie and Wilson” from his first album seemed to receive the most reactions. Personally, these were some of my favorite songs of the night because his first album as a whole is special to me so it was quite fulfilling to finally hear some songs from it live.

Classic “Take Me to Church” was the last song before the encore and probably the one with the most overall energy to “end” the show. For the actual end, Hozier performed “Cherry Wine” and “Work Song”, and the stage was now adorned in vines to complement the beautiful feeling created by these songs musically.

Hozier made a point throughout the show to thank the people helping him; introducing the band members with a spotlight, saying their names whenever he had a chance, listing members of the crew, and displaying their pictures after the show as a final thank you.