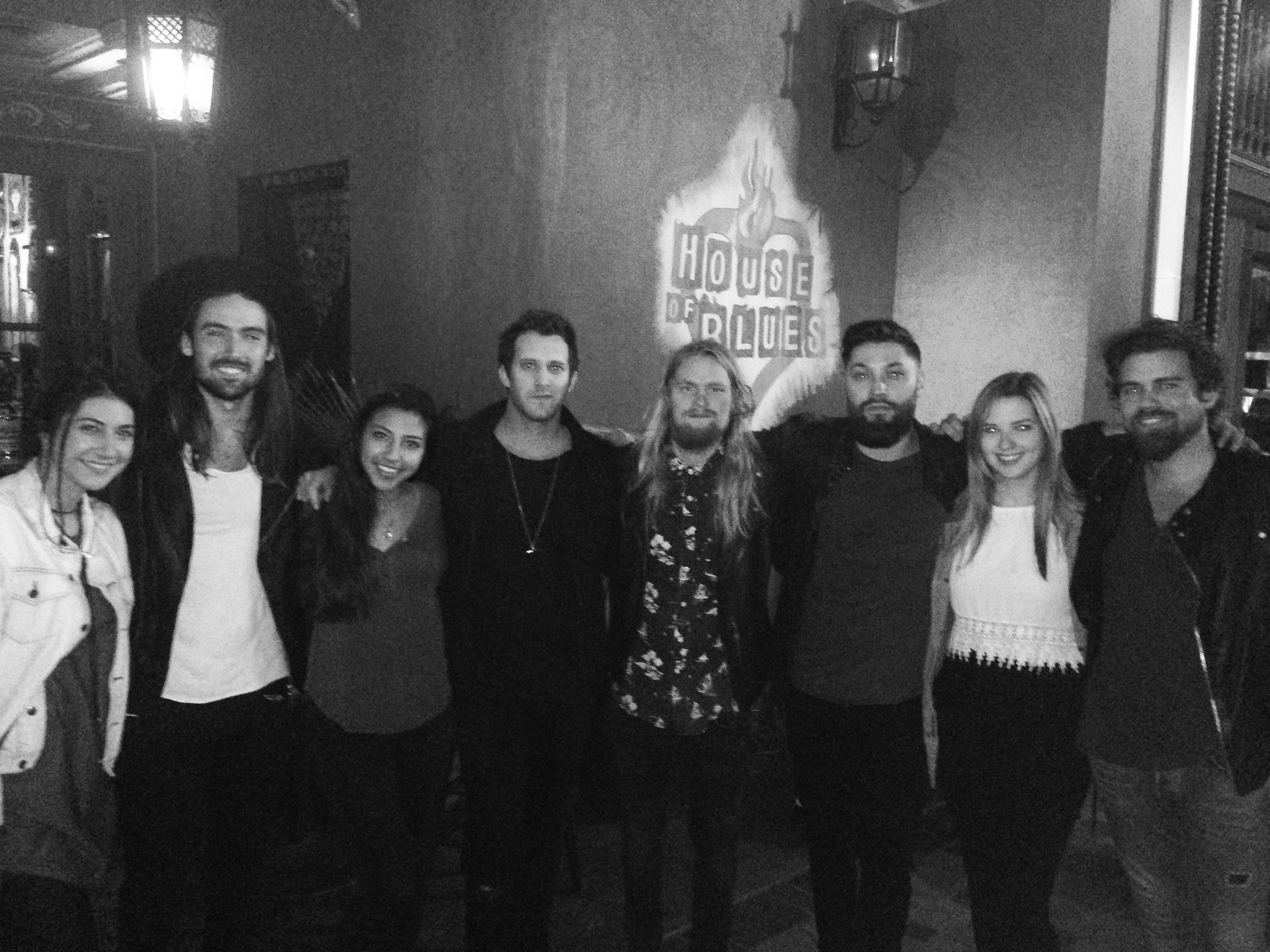 On Thursday night, Jan. 21, I had the privilege of interviewing Grizfolk as they kicked off their first headlining tour at the House of Blues Voodoo room in San Diego, California. The five-member alternative rock boy band gave me the scoop on their new album, music video and what to expect from them in the future.

I sat down at a bar table as the five guys sat around me. Right off the bat I asked if this was their first time playing in San Diego. “This is our fourth no, wait, fifth time in San Diego” the band finally agreed.

Before this tour and full album, the band released their first extended play “From the Spark”, which was wildly successful and led them to open for artists such as Bastille, Small Pools and X Ambassadors.

Since then, they have released their first full-length album Waking Up the Giants and have started their 2016 Troublemaker Tour.

After “[writing] a bunch of songs over the years and [a whole lot of] praying,” lead singer Adam Roth said, the album was finally complete or so they thought. “We thought the album was done but then came Troublemaker,” he said. “Troublemaker” soon became their hit single from the record, newest music video and name of their headlining tour.

The “Troublemaker” video was released on Nov. 22, and features a cameo appearance from the Walking Dead star Josh McDermitt, known for his role as Eugene.

The creation of the video was completely unplanned for “that’s our rehearsal spot … we were just practicing there actually and then the cameras came out and caught us in our element,” two of the band members said.

Two other members went on to explain that, “then there was this crazy car chase that went on and [the camera crew] was like ‘oh let’s film that!’ It was weird … one of the guys driving the car was Josh McDermitt. Crazy coincidence, but lucky us that they caught it all on film!”

All jokes aside, the making of this video was standard, however, that won’t change their explanation.

But, this is only the beginning of a long journey to success for Grizfolk. “[We’re] always thinking about what’s next, never going to stop,” Roth said.

So what’s next for the band?

“Right now we’re writing a song for a movie we want to try and work more with film and television [and of course] working on the next record,” Roth said.

With all their success in such a short amount of time I had to ask, what was the best advice they have been given?

There you have it guys, my interview with the very talented and genuine members of Grizfolk! What an awesome way for them to start the new year.

Be sure to check out their Troublemaker music video and get tickets for their tour before it’s too late! http://www.grizfolk.com