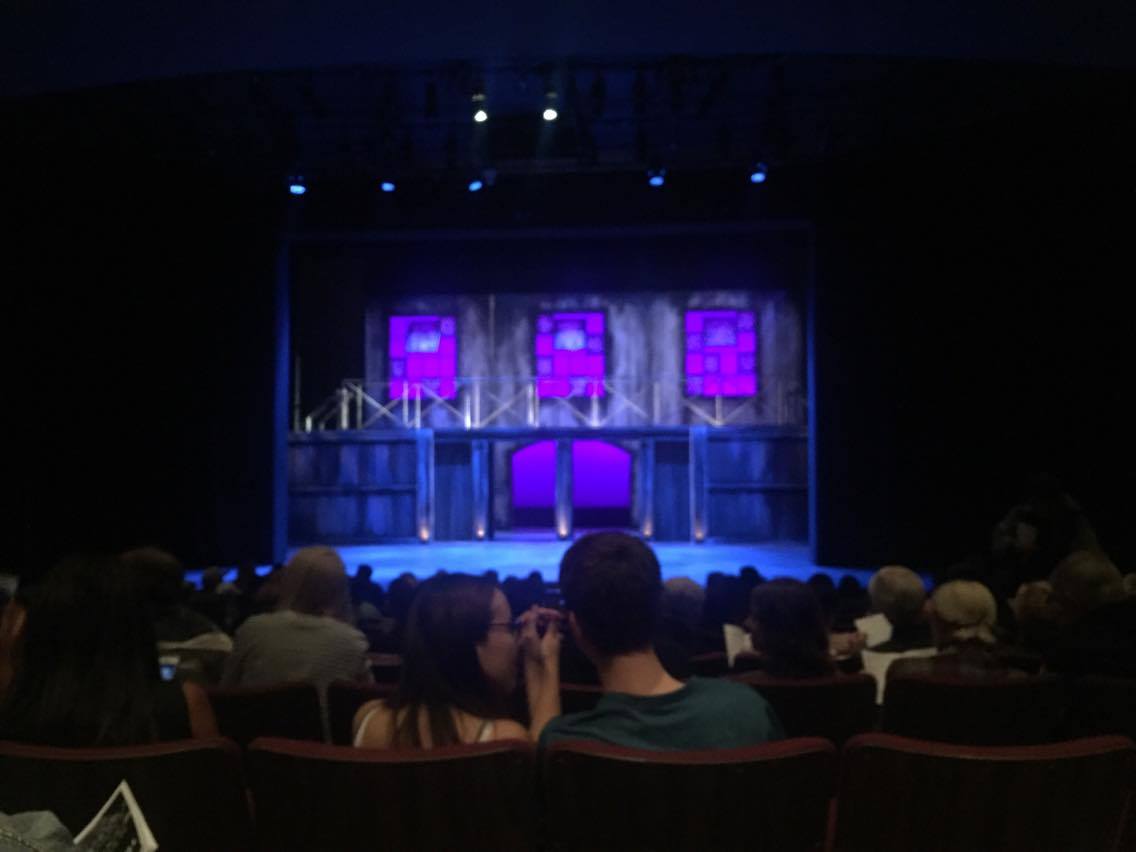 The musical comedy follows six unemployed men who stage a striptease act to raise money to support their families. The show is rated R for nudity and language, but the overarching theme of positive body image speaks to audiences of all ages.

Tug Watson led the cast with his portrayal of Jerry Lukowski, a divorced father who needs to come up with quick cash in order to pay child support and continue seeing his teenage son, Nathan, played by Miles Blue.

Jerry encourages his similarly unemployed best friend, Dave Bukatinsky, portrayed by Jonathan Brugioni, to join the striptease act, but Dave is insecure about his weight. Dave’s struggle to gain confidence resonated with the diverse crowd because body insecurities can be empathized with by almost anyone.

The musical contained numerous laugh-out-loud moments. One highlight was the dark, comedic number “Big-A—Rock.” The cast wonderfully executed turning what was a sad moment on paper into a light one, much to the audience’s enjoyment.

Kimberly Moller proved to be a scene stealer with her portrayal of Vicki Nichols, as her performance of the exuberant “Life with Harold” was one of the show standouts. Her energy was infectious and seemed to lift up the entire cast around her.

Paula Kalustian’s performance as Jeannette Burmeister was also a favorite. Her wise cracks and overall bluntness served as comedic highlights for the entire show. One scene, where Jerry is auditioning various men to be in the striptease act, fed Jeanette all of her best lines as she she hilariously commented on each audition.

Of course, the most fun and impressive aspect of this show was the choreography. The striptease scenes consistently got the crowd cheering and the cast members delivered them shamelessly and humorously.
Every character in “The Full Monty” struggled with their own insecurities throughout the performance, which made the play more relatable and the ending more triumphant. “The Full Monty” was an excellent display of song and dance, with an extremely relevant message of self confidence.