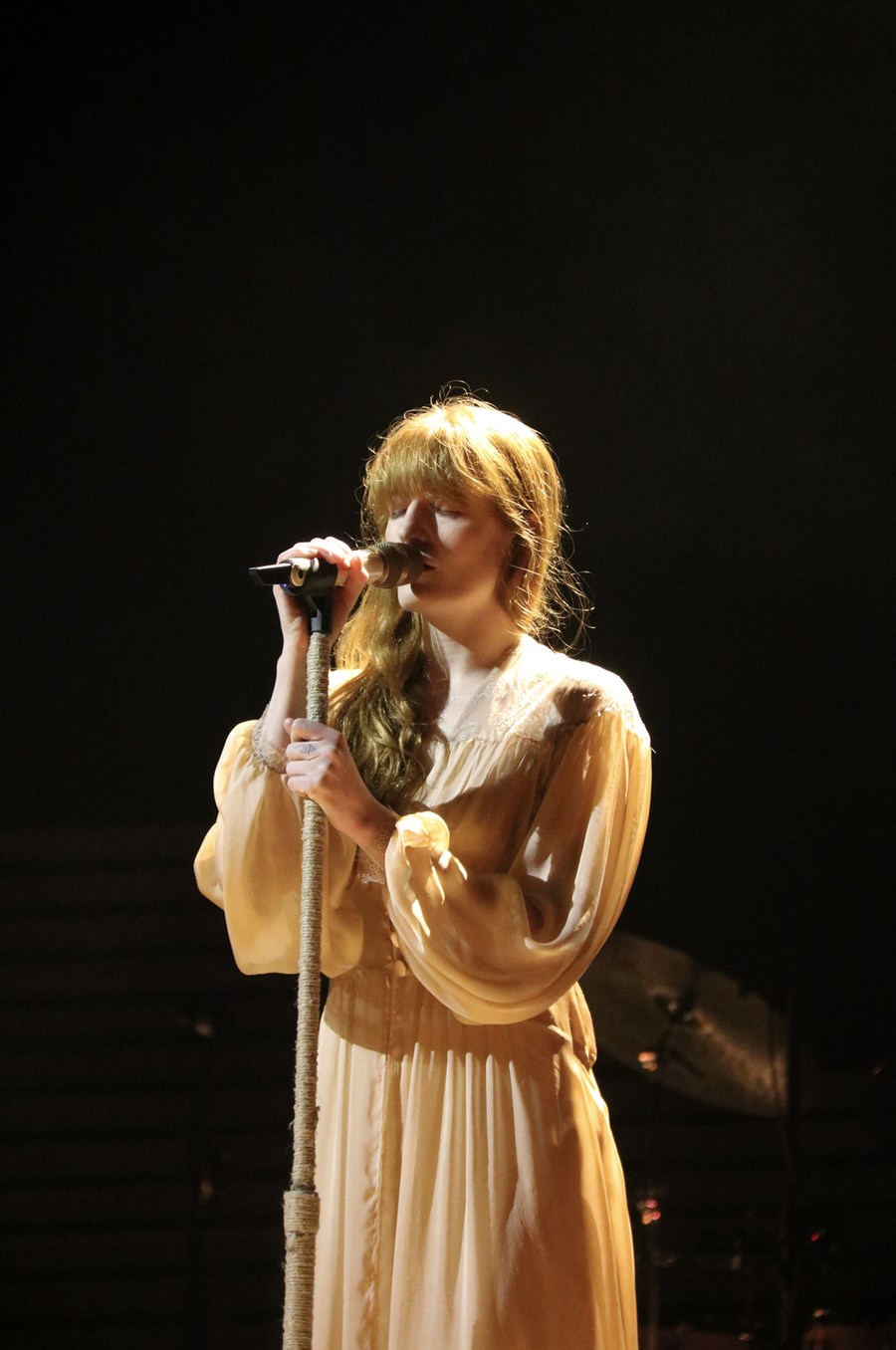 To simply call Florence + The Machine’s performance unforgettable is an understatement.

Kicking off their “High as Hope” tour, the band brought to old fans and new fans alike a raw and riveting show, all at the Viejas Arena. The concert was opened by Kasami Washington and his crew, immersing the audience into the night with some soulful jazz. Between his songs, Washington shared some words of wisdom and encouraged people to see the beauty in diversity and the importance of culture. Washington said, “We do not tolerate our differences. We celebrate them.” Washington’s message aligned beautifully with the theme of Florence + The Machine’s tour, where they hoped their new music would inspire and invigorate listeners through a time of oppression and activism. Watching Florence + the Machine perform is akin to watching art. Giving herself over to her music completely, Florence danced and twirled and pinned to the rhythm. At one point, she went into the crowd, and for a moment, disappeared. Not only was her music amazing, her feel was artistic and energetic. The flow of her dress and the wooden stage complimented the earthy and natural tone of her music wonderfully.

One of the highlights of the night, was when Florence herself encouraged each and everyone to turn and embrace one another. Whether it was a loved one or a stranger, everywhere, the arena instantly became filled with warmth and affection. There was so much love. Next, she asked for all cellphones to be turned off and put away. “This moment cannot be kept, but only remembered.” Miraculously, all the tiny screens and glowing lights disappeared, and the arena was filled with people who were wholly in the moment. That night, Florence + The Machine earned many new fans. Through her pure, yet powerful sound, Florence won over new fans and old fans all over again. Her ability to draw people, as well as create stories expressed in her music is a gift to behold. Since the lyrics are so truthful and genuine, her songs couldn’t help touching and bringing the audience together. As the band ended their set, applause filled the arena while the audience begged for an encore. Tiny, but beautiful camera flashlights filled the arena with the hope of just one more song. Returning to a wave of thundering approval, the group ended their concert with the songs “Big God” and “Shake It Out.” Overall, the entire experience was phenomenal.