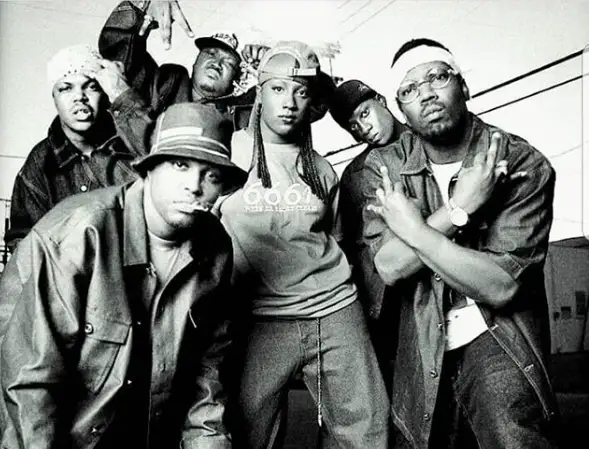 Over 20 years after their emergence in the rap scene in Memphis, the group created the blueprint for modern hip hop and lives on through artists such as 21 Savage, Denzel Curry, and Drake.

Back in 2018, the “Who Run It” challenge gained popularity on YouTube, with rappers like 21 Savage and G Herbo performing freestyles over Three 6 Mafia’s titular track from their 2000 album When the Smoke Clears: Sixty 6, Sixty 1. On Twitter, producer Metro Boomin professed his desire to produce a Three 6 album and in response to Mafia member Gangsta Boo over a controversy of remaking their old songs, producer Mike Will Made It explains that he tries to pay homage to the group with approval from members like DJ Paul and Juicy J. Also, Denzel Curry voices his love for Three 6 Mafia, openly playing their music in interviews and references such as “We was Three 6, Wu Tang, mixed with Dipset” in his 2019 track Ricky. These are examples of the impact on hip hop from the aforementioned Memphis-based rap group, commonly credited for the explosion in popularity of Southern hip hop and the creation of modern rap’s most popular sub-genre, trap music. Here’s three particular tracks have significant influence on today’s sound:

This track off their 1995 debut studio album Mystic Stylez is one of their earliest hits and it’s 1997 reworking was reportedly banned in several states due to its tendency to incite violence in clubs. Both versions of the track found new life in recent years with its usage as a sample on Travis Scott’s No Bystanders and Future’s Sh*t (Remix) featuring Drake. The cult-esque chant of “Tear Da Club Up” and its nihilistic tone as the chorus is reminiscent of songs such as Narcotics by Denzel Curry and I’m Sippin Tea In Yo Hood by XXXTentacion. The synth melodies that form the backdrop are eerily similar to those of horror movie scores, and lines such as “We should begin to come closer to killa dimensions, N*ggas getting lynchin’s from the Triple 6 anti-christians/May I mention the slizzugs I blaze Scarecrow’s unmerciful, Bullets are bombin da enemy n*gga, see death is unreversable” add a feeling of doom with references to Satanic themes for shock value. In recent years, Three 6’s horror-based and demonic themes spread to acts like $uicideboy$ with lines like “Devil laughs and black ski masks, I’m hearing footsteps through my house” in Vivivi, along with City Morgue with tracks such as Tourettes, containing lines such as “Can’t hold my hands down in Hell/Drain the blood til it bail/I’ll die on these tracks, cause I tripped on the rails.” Not to mention, the hi-hats and bass heavy drum patterns and rapid triplet flows, especially in the second verse, bear heavy resemblance to popular trap songs like I Get the Bag by Gucci Mane featuring Migos and Danny Glover by Young Thug.

Slob On My Knob

If you listen to a lot of current hip hop, chances are you might have heard something similar to the lines “Slob on my Knob like corn on the cob/Check in with me and do your job.” The track from the 1999 album Crazyndalazdayz by Three 6 affiliate Tear Da Club Up Thugs has been sampled and interpolated several times in recent years, from A$AP Ferg’s chorus on his 2017 track Plain Jane: “Ride with the mob, Alhamdulillah/Check in with me and do your job,” to the melody from the original track’s bridge (“Suck a n*gga d*ck or something”) on the G-Eazy/A$AP Rocky/Cardi B collab No Limit with the lines “F*ck with me and get some money” and “F*ck him then I get some money.” There’s also the famous line “La di da di da, Slob on me knob” from the Jay Rock/Kendrick Lamar/Future collab King’s Dead. Rapper Megan Thee Stallion, who has credited Three 6 as one of her main influences on her brash persona, mentioned the track in response to predominantly male critics of her sexually-charged single WAP.

Sippin On Some Syrup

This song from When the Smoke Clears: Sixty 6, Sixty 1 is a pivotal one, with its celebratory themes of drug use. Three 6 is no stranger to drug use in their lyrics, with lines like “Snowin, sneezin’, coughin’, chiefin’, blowin’ heavy dope, Playa f*ckin’ blessed by that funk crunk by onion weed/Don’t you think you higher than Lil Fly till you snort that P, P-funk got me goin’, h*e I’m blowin’ on montana pack” on Now I’m Hi Pt.3 alluding to coke usage. Neither is the genre of hip hop to the topic of lean (cough syrup mixed with soda) use, with early references in songs like Smokin and Leanin by DJ Screw and the Botany Boyz along with the former’s noted inspiration from the drug towards the creation of a now-common slowed down subgenre called “chopped n’ screwed.” With it’s chart position at #30 on Billboard’s Hot R&B/Hip Hop Songs chart, Sippin on Some Syrup is seen as a catalyst for a national exposure to lean in hip hop culture. In the years since, we’ve heard countless songs devoted to lean such as Lil Wayne’s Me and My Drank and Juice WRLD’s Lean Wit Me. In light of the drug-related deaths of Juice WRLD and other rappers like Mac Miller, Mafia member Juicy J acknowledged and apologized for his role in shaping the popularity of drugs in rap on Twitter.

Despite not having the chart topping accolades of their peers like Jay-Z and Lil Wayne or the immediate pop culture visibility of Snoop Dogg, Three 6 Mafia lives on as a fabric in hip hop history with successive waves of young rappers taking inspiration from their sound and persona.