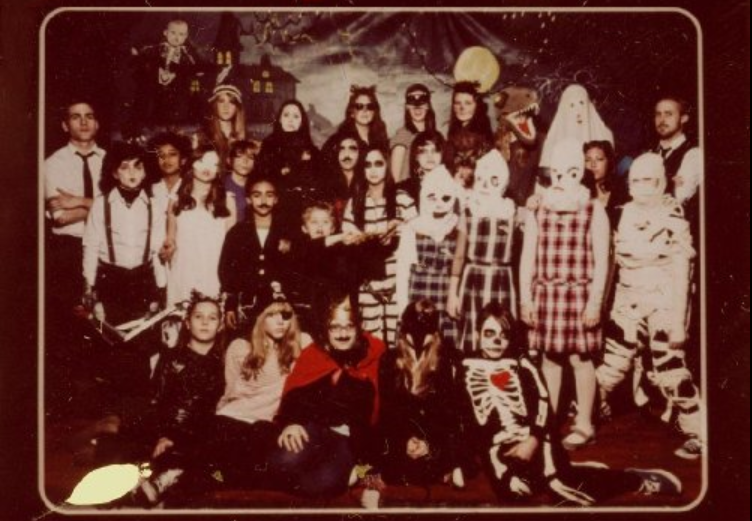 Did you know that Ryan Gosling is the co-founder of a Halloween inspired indie rock band?

Dead Man’s Bones, the name of both the band and their album, is an homage to Gosling and his friend Zach Shield’s love of ghost stories.  The duo released the album, the only on their discography, back in October of 2009.

According to ANTI, the band’s record label, Dead Man’s Bones was originally intended to be a stage play.

In a brief bio on the label’s website it says that, “This album was not supposed to be an album. This was intended to be a soundtrack to a play about a monster-ghost-love-story. When Zach Shields and Ryan Gosling met in 2005 and discovered their mutual obsession with ghosts, they decided to write the afore-mentioned ghastly love story. Scrapping the stage show when costs became prohibitive, they already had songs written and Dead Man’s Bones was born.”

Gosling’s deep haunting vocals and the band’s blend of indie and folk rock create a sound that is completely unique. Dead Man’s Bones teamed with the Silver Lake Children’s Conservatory Choir to record the album. The dark indie rock features the smooth, sweet vocals of the children’s choir singing along in the background to Gosling’s crooning.

The music is not perfect or clean, but that was the idea. Gosling and Shields are not master musicians, but they recognize this. Gosling has an old school voice lacking a contemporary sound. This is actually a strength not a weakness though. The concept album is unpolished and a little bit messy. That’s what makes it so perfect.

With songs like In the Room Where You Sleep, My Body’s a Zombie for You, Lose Your Soul and Dead Man’s Bones, the album is an excellent option to rock out to this Halloween.

Do yourself a favor and add Dead Man’s Bones to your Halloween playlist. After all, you can only play Monster Mash so many times.