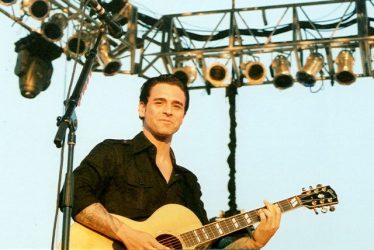 Pop-punk emo legends Dashboard Confessional are back, releasing their first studio album since 2009, “Crooked Shadows,” on Feb. 9. Perhaps this comeback is timed for the new era of early-2000s nostalgia, but like the Dashboard Confessional that resonated with angst-ridden teenagers 15 years ago, it feels comforting and sincere.

Two new songs preceded the release of “Crooked Shadows:” “We Fight” and “Heart Beat Here.” The superior track, “We Fight,” picks up where the band left off in an attempt to reignite the fire that drove their previous success. Frontman Chris Carraba’s voice is now a bit huskier, but still powerful enough to push the chorus into the anthemic shout-along it aims for. Lyrics like “Tired of beatings and battles and being sewn up / But that made us grow up / And that made ‘em scared” are just vague enough to be inoffensive and recall Dashboard’s heyday, but coming from Carraba there’s an undeniable layer of earnestness underneath.

After an 8 year break, it wouldn’t be a surprise to find a new, grown-up Dashboard on the rest of “Crooked Shadows.” Even “Heart Beat Here” is a bit of an updated sound for them, the acoustic track being more comparable to the Lumineers than “Screaming Infidelities.”

But outside the band, the emo music Dashboard were once at the forefront of has evolved. Nevermind fellow Fueled By Ramen prodigies Paramore and Fall Out Boy, who have both maintained success while delving deeper into traditional pop – emo themes and sounds have made their way into hip-hop, with young artists like nothing,nowhere (who collaborated with Dashboard on “Hopes Up” in 2017) Lil Uzi Vert and the late Lil Peep pioneering the merging of the two genres into the mainstream.

“Hopes Up” shows Dashboard embracing the future of emo, but “Crooked Shadows” will tell exactly what their place in it is.