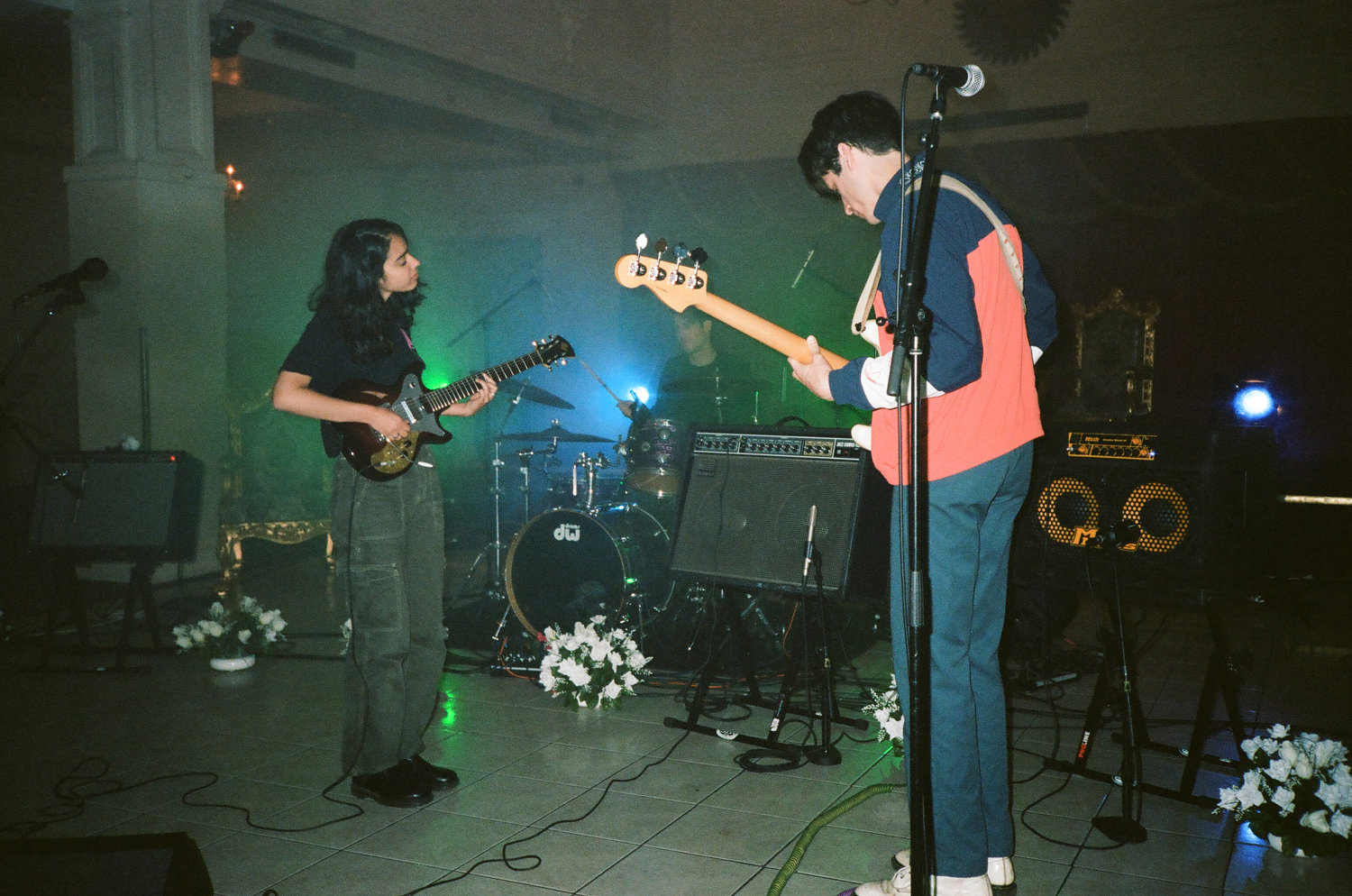 Breaking through the boundaries of modern-psychedelic indie rock, Crumb’s latest album, Jinx, broadens past experiences of melodic and atmospheric twists in ten songs, extending it into the present, experimental dream-like state in which Crumb embodies.

Released on June 14 and about 27 minutes in length, the Brooklyn-based psychedelic indie-pop group bring about direct, engaging instrumentation through this newly released lyrical experience. Jinx is Crumb’s debut album, their first long play after releasing two EP’s in 2016 and 2017. The first two Extended Plays released were very heavily guitar focused— but, we can hear the maturity in the sound of this new album with a balance of dream-pop synth and defined guitar leads that almost sound vibrato.

Jinx feels like an elapsed, extended timeline of a change in emotional anxiety, atmosphere, and landscape. This grows through a multitude of time changes, gradual buildups, and lengthy, yet important self-realizing breakdowns. Reverting back to verse lines and stagnant leads in middle and end, the quartet keeps the listener wanting more, yet simultaneously feeling completely satisfied with the material.

Tempo changes in the songs create a tense new groove based on a faster beat and chord and melody changes. These newfound sections shift parts of the album from a slow, more temperamental song to an increasingly dancy, upbeat mediation.

As we near the end of the album, “Part III” starts on a more dramatic note, but continues the slow guitar strums of Crumb’s signature sound that has developed throughout the listening and builds with airy arpeggio lines on the synth. This song is solely focused on keyboard chords and lead, where the guitar which blends into the background. A pause shifts the vocals onto falsetto and a dominant guitar line in front of the song, while octave bass lines build up towards the climax of the song.

“Jinx,”  the final song of the album, feels like an interlude and a release of emotion and feeling built up over the course of the ten song debut. The sound of water and waves especially gives a crashing sensation, as if we are coming down from floating in space.

Above all, Jinx feels like a nostalgic spiral of changes in climate, ultimately leaving you with a breezy, strung out, and dizzy state that comes close to a fever dream in space. A personal favorite from this album is M.R. Crumb are establishing a new sound, whilst building on top of their old one, gripping and captivating us as we anticipate what is next.