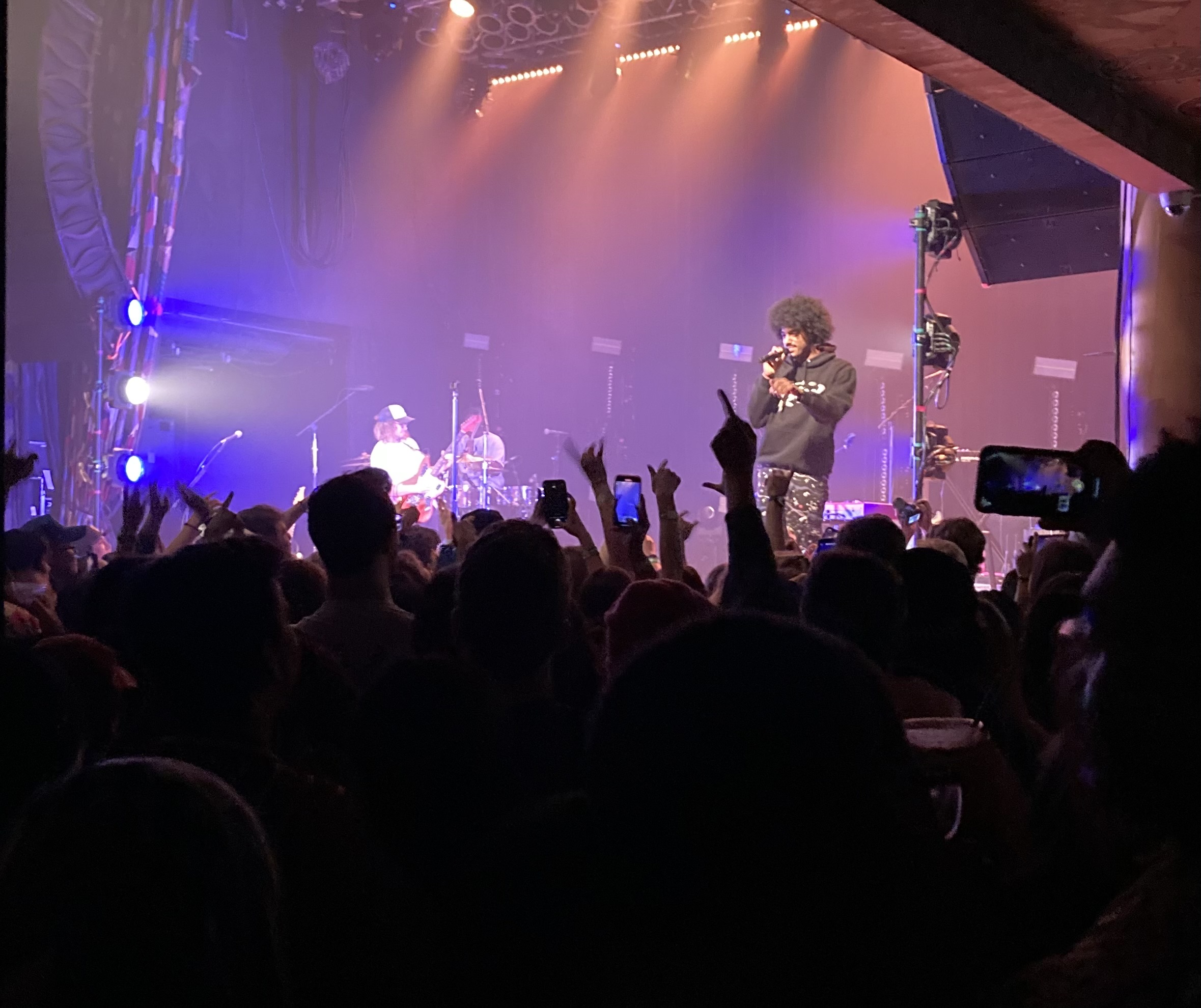 Tai Verdes got his start on Tik Tok with his song “Stuck In The Middle” which quickly became a viral hit. He has also debuted songs such as  “A-O-K,” “Sheesh!,” and “DRUGS,” which have all seen success on Tik Tok and even made their way over to mainstream radio. With Tai’s newfound stardom, he has been able to turn his Tik Tok hobby into a music career and was able to quit his job at Verizon Wireless.

Tai Verdes had a fantastic set that had fans dancing and singing to every song. When looking into the crowd, it was very obvious that Tai has many dedicated fans. It is quite rare for an artist who starts on Tik Tok to have a big and dedicated fanbase outside of social media, but it appears that Tai Verdes was able to break that barrier.

His music style is very happy and positive. He even took time during his set to speak to the audience and encourage everyone to follow their dreams, just like he did. I have never felt so uplifted by an artist; it was like a concert and a motivational speech all in one.

Tai Verdes brought his own band with him which consisted of a bass player, guitar player, and drummer. They did a great job performing and interacting with each other. The energy between Tai and the band was contagious and just watching them have fun up on stage made me have an even better time in the audience. At one point during the set, Tai even jumped down into the audience and walked around while singing.

Tai Verdes has a song called “DRUGS” which is about doing drugs to “change his mind up,” as quoted from the lyrics. Since the show was on 4/20, obviously, this song was a big hit. It was such a crowd-pleaser during the main set that when the crowd was chanting for an encore, Tai and his band performed “DRUGS” again and it was just as big a hit. He even lit up a blunt and passed it around the stage with his band to celebrate.

Overall this concert was very good and entertaining. Tai Verdes’ ultra-positive personality and music paired with the crowd’s energy made for a very enjoyable night. I would highly recommend going to see Tai Verdes live. Whether you’re a superfan or just know a few songs, it will be a great time.