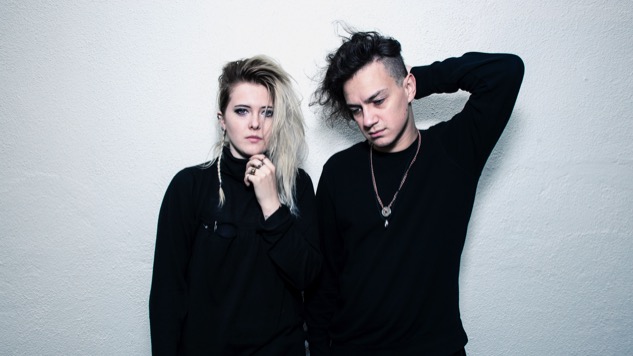 Up-and-coming bands need our support. So, if you’re in search of new music, look no further. Layne is an indie-pop duo that deserves your full attention. They have taken their love for music to the next level by creating their own.

The two-member group consists of Layne Putnam and Alexander Rosca.

2017 has been a big year in music for LAYNE. “I Want More” and “Fog” were singles released earlier this year. Following these, an EP titled “Wednesday” was released, which features both singles. My favorite song from the EP is “The Andes.” The song takes you right into that state of mind and makes you feel those raw emotions of love and wanting nothing more than that one person. I love the vibes from the EP. It makes me want to jump in my car late at night and blast it as I drive around…

Music has always played a significant role in Putnam’s life, which I’m sure many of us can relate to. Putnam’s songs are clearly marked by personal experiences. She is a very talented songwriter and their music instantly builds a connection with their listeners.

Putnam is real and open in her music, which should not be overlooked. The lyrics bring you to the state of mind she was in during those moments, and that is a powerful thing. This is rare, because sadly, today, lots of artists are in it for the money rather than the music.

I couldn’t help but think of Stranger Things when she touched on the concept of the “In Between.” I thought of the Upside Down and being trapped between the two dimensions…. ANYWAY, emotions can be a scary part of reality. There’s stereotypes and expectations of how you should behave, when you should or shouldn’t show emotion. Music is a powerful way of capturing those emotions and bringing to life the things we struggle to express.

I know we all have those days when emotions come raining down on you, so next time this happens, listen to Layne and remember you are not alone.

If you want to learn more about Layne’s music, you can find more here.