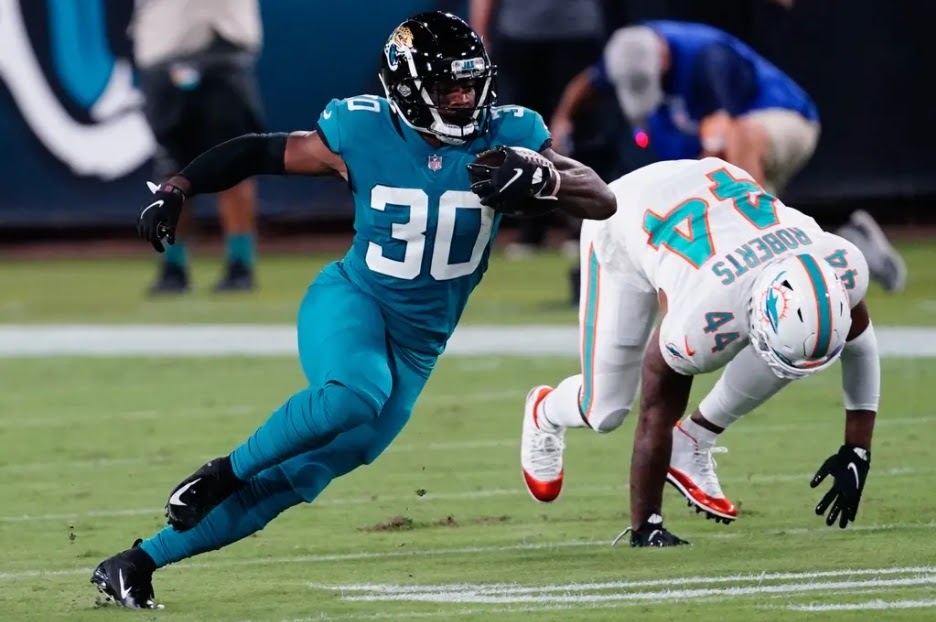 Greetings readers, this will be my first post on the 2020 NFL season, discussing breakout players and which players have lived up to expectations so far.

Some of the players I will be discussing qualify as big stories because of their impressive contributions to top teams, while others are included in this post not because of their team’s overall success, but because they deserve some recognition for their unexpectedly great performances so far this season.

This was perhaps the biggest story entering the 2020 season, as everyone wondered how Brady would fare outside of a Patriots uniform and without Bill Belichick as a coach. It was a topic of discussion whether the Patriots’ success over the past 20 years should be attributed to Belichick’s masterful coaching or Brady’s fantastic quarterback play, but that question has been answered pretty clearly throughout this season. Brady has led the admittedly-stacked Bucs to a 7-3 record, while Belichick’s Patriots have a 4-5 record, relying on aging stars left on the team, as well as a, to this point, hit or miss performance by former Carolina Panthers MVP Cam Newton, who took Brady’s place as the Pats quarterback this season. Brady is enjoying his typical strong offensive output with top 5 ranks among QBs in Passing Yards and Passing TDs.

The Jaguars are a 1-8 team heading into Week 11, but that hasn’t stopped a previously unheralded running back from showing off his talents to the league. James Robinson latched on with the Jags in the offseason with very little fanfare as an undrafted free agent, then went on to win the starting RB job for the team out of the 0 game preseason that the players convinced the NFL to have this year because of COVID. We’ll never know just how different things could have turned out had a preseason been played, or if Robinson would’ve even ended up with the starting job in the first place, but Robinson has certainly made the most of his opportunity thus far. In 9 games played for the Jaguars this season, Robinson currently sits 5th in the NFL with 689 rushing yards, along with 5 rushing TDs. He has also been proficient in the receiving game, with 29 receptions and 2 receiving TDs. These numbers, especially the rushing yards, are quite remarkable considering the Jaguars have been on the wrong side of the scoring in most games this season, and teams tend to switch to passing once they are losing in a game. Personally, I’ve become a big fan of Robinson (pictured at the top of this post), as he is a back capable of rushing and receiving, and he is a short and stocky RB, reminding me of CJ Anderson in his prime with my favorite team, the Denver Broncos.

The Chargers began their year with bridge-QB Tyrod Taylor leading the team, while 2020 top draft pick Herbert watched and “learned how to be an NFL QB” from the sidelines. However, a fluke injury caused Taylor to miss Week 2’s game against the Chiefs, forcing the Chargers to put their young power-armed QB into action as their starter in just the 2nd game of the season. Much to everyone’s surprise though, Herbert did rather well, and he has since run away with the starting job for the Chargers, showing that he can already put up a good fight against even the toughest teams. However, this does not mean that the team actually won the games, as the Chargers have once again found ways to lose games at the very last moment time and time again. This season can likely be crossed off the list for postseason aspirations for the Chargers, but it seems like the franchise has found a worthy successor of longtime QB Philip Rivers, who left for the Colts after the end of last season. I have watched every Chargers game this season, so I have seen a lot of Herbert’s abilities on display, and I have a feeling he has a very bright future ahead of him.

The Steelers drafted Claypool in the 2nd round of the 2020 draft, and he has lived up to expectations, flashing crazy athleticism and producing boatloads of numbers for the Steelers. He did not begin the season as a starting WR, as the team also has Diontae Johnson and Juju Smith-Schuster as WRs. After the first few weeks, injuries to the WR depth chart allowed Claypool to get more targets from Big Ben Roethlisburger, and in Week 5, Claypool burst onto the scene, catching 7 passes for 110 yards and scoring 3 receiving TDs and another TD rushing. Claypool and the Steelers have dominated this season, as they are currently 9-0, and many think they have a chance at going undefeated this season.

“Danger Russ” has been on fire this season, especially through the first 8 weeks, as he was on pace to finish with a Passing TD total in the neighborhood of Peyton Manning’s single season record 55 in 2013. After a few less than spectacular passing performances in Weeks 9, 10, and in this week’s Thursday Night Football game against the Cardinals, he is no longer on the same blistering pace. He does still have a chance to hit the 50 TD mark though, as he leads the NFL with 30 Passing TDs through 10 games played. Overall, Wilson’s splendid QB play has helped the Seahawks to a 7-3 record in a tough NFC West division, and they will hope to see Wilson return to his Week 1-8 form for the final stretch of the season to secure Seattle a playoff spot.