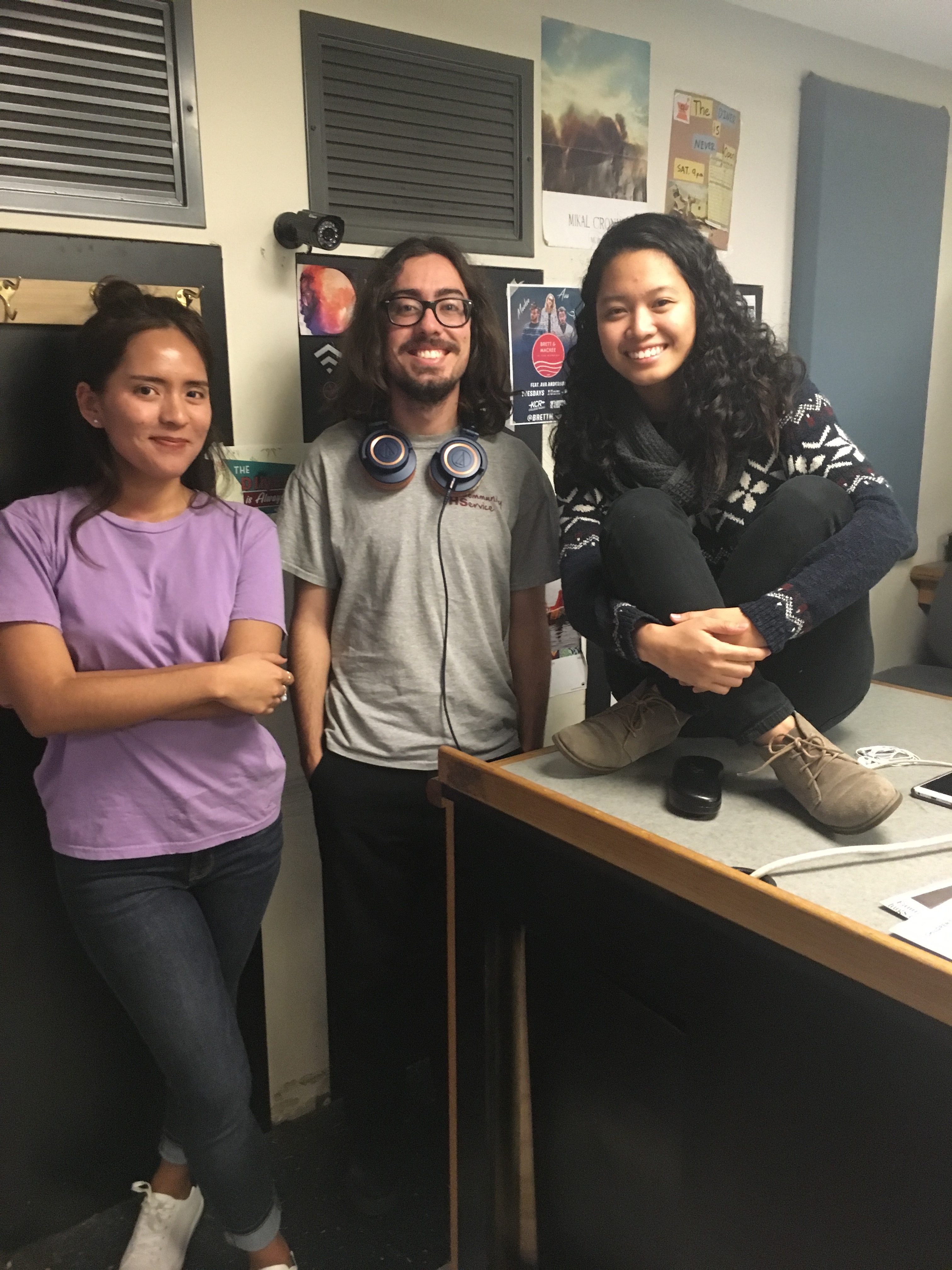 This week, I interviewed Khristine Samson, Rebeca Reyes and Ty Strong for Behind the Mic. They host a music show in which they each take turns playing their music, hence the name, “Pass the Aux.”

The group didn’t start out together, however. Originally, Khristine, a second year kinesiology major, and Rebeca, a fourth year majoring in journalism, had a show themselves. They met how many KCR co-hosts meet, at the first meeting of the semester. They decided to name their show “KNR” for Khristine and Rebeca. The duo mainly played alternative rock/indie music, and they spoke more on that show than they do now.

Ty is a fourth year majoring in computer science. Before joining Khristine and Rebeca’s show, he was part of another show called, “Bad Music, Bad Vibes,” which he hosted with a friend. There, he mainly played jazz music. After meeting Khristine at an Open Mic Night, while helping at the KCR booth, Ty began to make weekly appearances on “KNR.” Then, Khristine and Rebeca changed the name of their show to “Pass the Aux.” However, Ty did not become an official host of the show until this semester.

Now on their show together, they each play their favorite types of music. Ty described the music he plays on the show as calm R&B. Khristine explained that she usually plays songs that correspond to a theme. For example, this week she played Grammy nominated songs. Rebeca plays pop and indie music. Occasionally, the trio also ventures off into other music genres they enjoy. Rebeca and Khristine described a previous show where Rebeca played K-pop and spoke in Spanish. Khristine said that she played music from the Philippines and spoke in Japanese, for the duration of the show. The group unanimously agreed that the best part about hosting a show is that they have a place to escape and relax.

When I asked them what made them want to join KCR, they all had very different responses. Khristine said that she joined KCR because they had a cool booth, and she wanted to spin the wheel. Rebeca said a girl in her class told her about KCR, so she decided to join. Lastly, Ty said he heard about KCR through a mutual friend on Tinder, who later became his first co-host.

Make sure to catch Khristine, Rebeca and Ty on “Pass the Aux” every Thursday from 2 p.m. to 3 p.m.