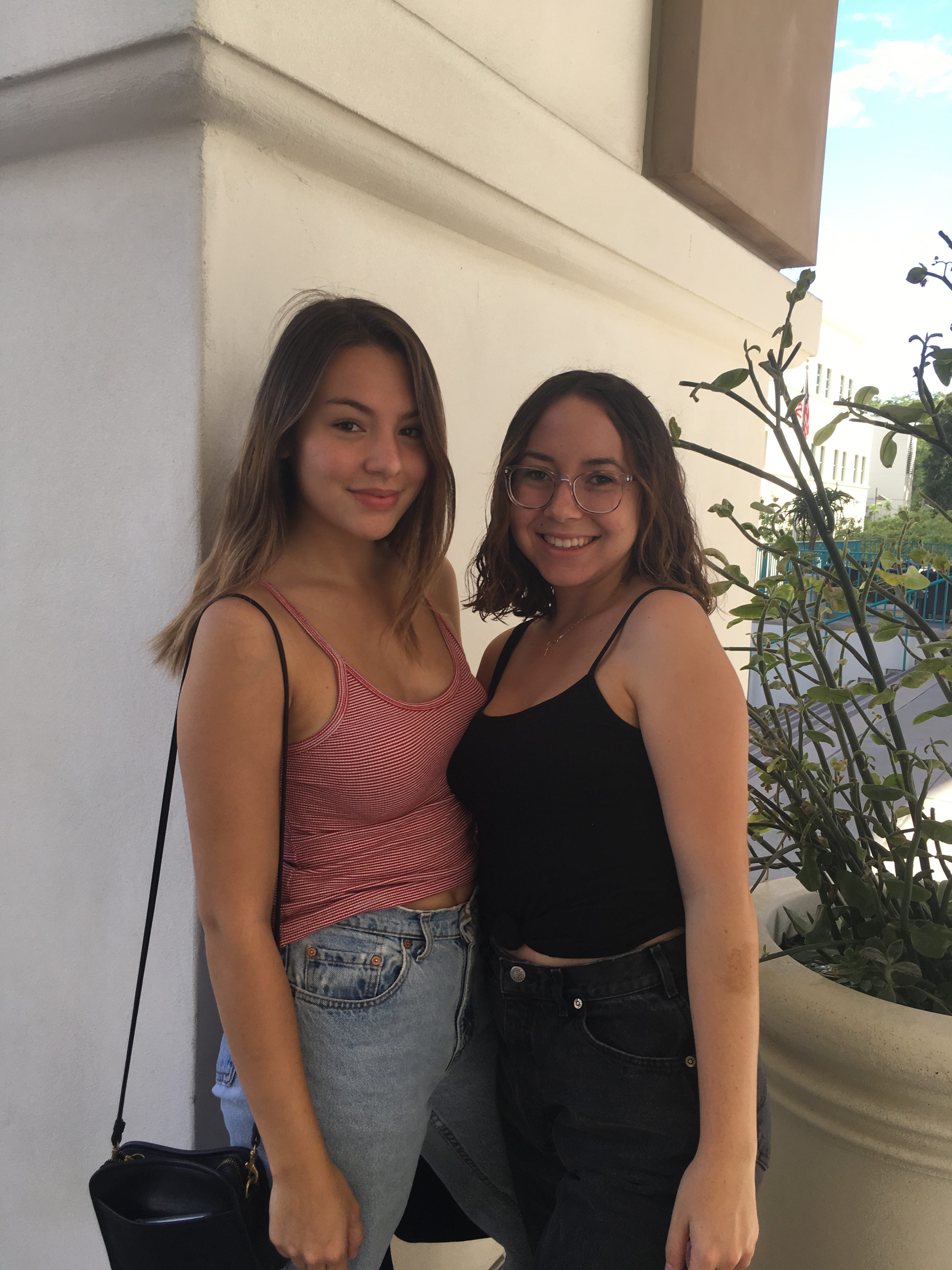 The two hosts describe their show as a “journey” that lets listeners get to know the musicians they feature. They ask every artist to play three of their original songs and three songs that have inspired them. They also interview every musician about their music and inspirations.

“Just Listen” has had a variety of guests, such as student rappers, bands, solo artists and acoustic artists. Also, a producer and someone who makes film scores have appeared as well. Laura stated that they are “open to have anyone that makes any type of music,” on their show. I asked them if it was difficult to find musicians every week, and they said that it was hard to get started, at first. However, they receive many recommendations from artists they interview.

This semester, June and Laura implemented a new segment called “Start to Finish,” where they pick albums from different artists and play them in full, in order to get to know more about the selected musicians and their music. Adding this new segment to their show allows June and Laura to explore and familiarize themselves with more artists.

Another change that came along this semester, was June becoming the social media director for KCR. She is in charge of posting daily on KCR’s social media platforms. She said that it is really fun to be involved in management as a second year. June expressed that she likes her position because after she graduates, she hopes to work in the media.

June and Laura told me about their growth since their first year in KCR. They said their first show was a disaster, and described the time when they ran out of content during an interview. Now, they send out a Google Doc and tell their guests exactly what to do before a show. This has made their show more organized and easier to run. They also stay connected to their listeners through their social media accounts.

The duo also told me about how they met, why they joined KCR and the inspiration for “Just Listen.” June and Laura met when they were paired as roommates their freshman year. After hearing about KCR during Freshman Orientation, June decided she wanted to join. So, for the two months leading up to the start of school, she was thinking about ideas for a radio show. Then she heard a show from a college radio station in Canada where two female radio hosts only played local female bands. She thought it was really interesting that they only focused on a certain demographic, and thought it would be cool to focus her show only on student musicians.

After meeting Laura, who had also heard about KCR, they decided to join it together. As for the title of the show, they said that they easily came up with “Just Listen,” because it had the same first letters as their names. They said the best part of having their own show is the ability to be as creative as they want and showcase their personalities on air.

June and Laura have created an entertaining and unique show. It even won Best Music Show their first semester in KCR. Make sure to catch them every Tuesday night from 7 p.m. to 8 p.m. Also, check out their Instagram page to keep up or contact “Just Listen.”

Check out interviews with your other favorite KCR DJs here.