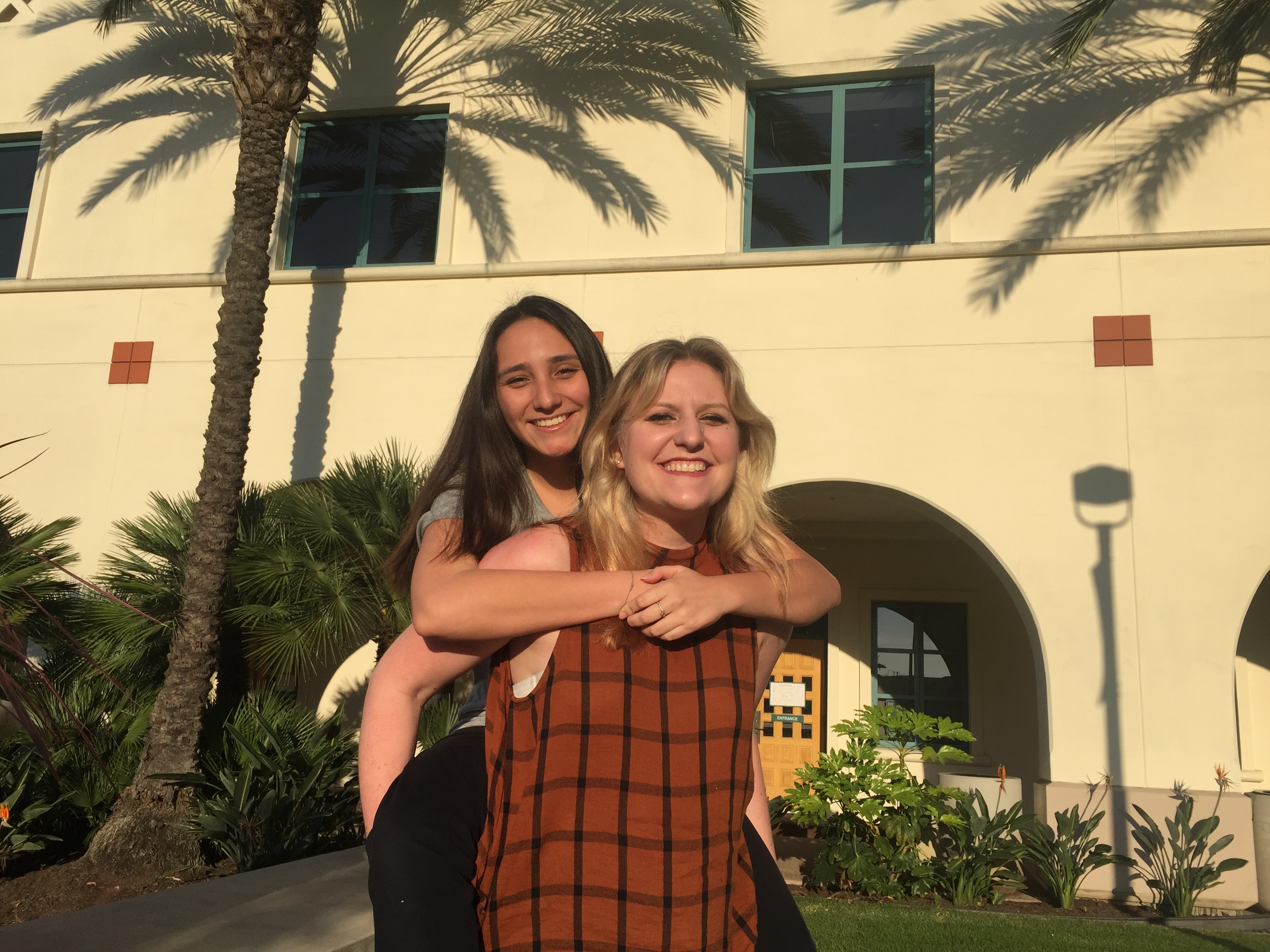 The entertainment industry is made up of a variety of productions and artists that viewers eagerly enjoy. For fans, the fun also comes with breaking down the most recent episode of their favorite show, or last night’s concert. Bri Marquez and Julianna Ress host the show “Lights, Camera, Aztecs” every Monday night. And, it is all about what’s on TV. I met with both Bri and Julianna to see what kind of dynamic they bring to the air for another edition of Behind the Mic.

Bri, a communications major, told me their show opens up with a discussion about the most recent episodes of TV shows that they follow. The two cover reality TV heavily, with shows such as “The Bachelor” and “Survivor” making their way on air for opinions, break downs and predictions. Julianna added that the duo’s show is not so much a recap of what happened, but a thought-based conversation about what is to come in each show, as well as criticism. With shows such as “Survivor,” who is going to be eliminated next and why are consistent talking points on “Lights, Camera, Aztecs.” “We know its ridiculous, but we still indulge in it,” said Bri.

Julianna expanded, saying reality TV is culturally significant and because of that, says something about society.

“It’s almost more of a podcast,” said Julianna when talking about how opinionated the conversations can be on the show. The two had the band “Wussy” on their show a few weeks back and hope to bring more artists onto KCR. Bri mentioned that there is an appropriate amount of disagreement between her and Julianna, which makes for interesting debates on air.

Despite it being a show focused on television and other entertainment, politics can make its way into the conversations on Monday nights. “We’re not afraid to bring that into our show,” Julianna said. She said that, for example, they discussed the Academy Awards and how  politics affected what movie won best picture, “Moonlight” or “La La Land.”

“Its fun to think about why these things [reality television] are so important to us,” Julianna stated when talking about her favorite aspect of the show. The two hosts mentioned they both have revelations during their conversations that lead to new ways of thinking about characters and other aspects of shows.

Julianna, a journalism and media studies major, is a Senior Staff Writer at The Daily Aztec, SDSU’s campus newspaper. You can find her writing under the “Art & Culture” section, where she has covered student musicians and concerts, and conducted a Sage The Gemini interview.

Bri, minoring in counseling and social change, works with Best Buddies, an organization which is aimed at helping people with intellectual and developmental disabilities. Bri is paired up with a girl who she visits a few times every month. Bri told me that currently, she has been working on reading and writing with her partner.

You can tune into “Lights, Camera, Aztecs” every Monday night at 8 p.m. on KCR College Radio.

Featured Image: Bri and Julianna’s friendship outside of the show complements their on air conversations. Photo by Sumner Shorey.