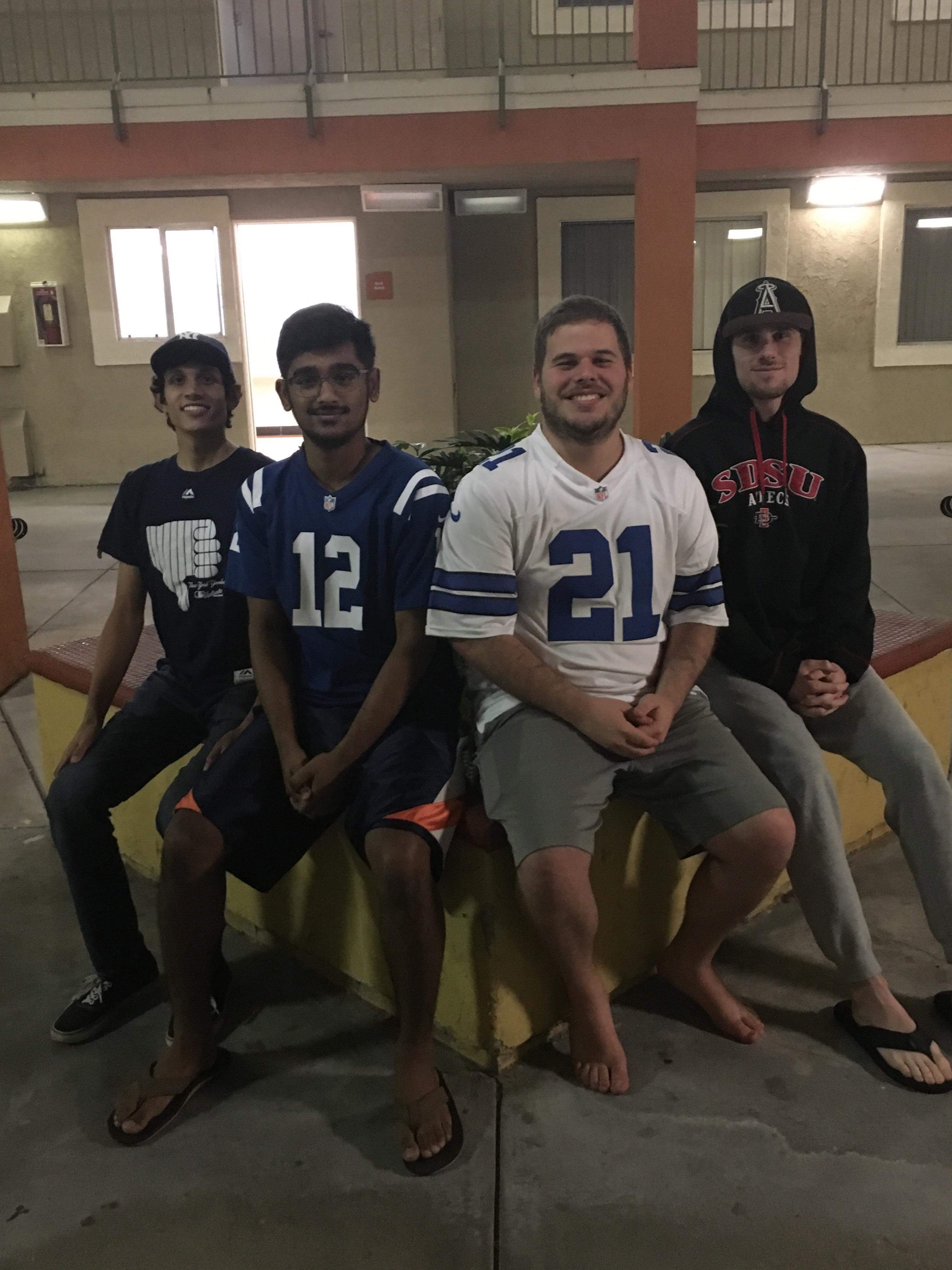 Known to keep fans on the edge of their seats, sporting events are high energy, competitive and passionate environments that bring all types of people together. KCR’s Arvin Domier, Andrew Kaitcer, Gautham Dixit and Trevor Maas successfully translate these epic moments onto the airwaves through their sports radio show, “Undefeated.”

Every Friday from 5 p.m. to 6 p.m., this quartet cover topics such as football, basketball and, most recently, baseball. At first, Arvin had no idea KCR existed until his guest interview on Weston Lowe and Ruairi McCann’s show. Following his appearance, he fell in love and proposed creating their own show to his current cohosts/roommates. Soon after, “Undefeated” was born.

In Fall 2017, Arvin, Andrew and Gautham took a more casual approach to their show format during their first semester as DJs. “Thirty minutes before we went on air, we would jot down notes and figure out what we would talk about from there. An example would be discussing our top five players in the NFL. We were still trying to figure everything out so it was very relaxed,” says Arvin. Now, since they’ve gained more listeners and added Trevor Maas as a cohost, more preparation is put into their content.

Each week, this group tackles huge topics covered on big name sources such as ESPN as well as events from SDSU’s intramural teams. In fifteen minute segments, the cohosts share their take on anything and everything sports related. Arvin focuses on football, baseball and basketball, and has even taken a keen interest on hockey. Andrew and Gautham concentrate on basketball and football whereas Trevor is the main man for baseball. Trevor, an economics major, admits, “The only professional sport I follow is baseball so KCR helps me to stay up to date with all of the players.”

One of their favorite segments was their Superbowl preview. Each cohost gave a break down of the coaching side and player side of both teams. In-depth predictions and analyses on team advantages were also brought up. By creating good sports dialogue, it keeps listeners engaged in open-minded opinions and perspectives. Their inspirations include Skip Bayless who is known for his raw and controversial viewpoints. Computer science major Gautham adds that shows like “Undisputed” and “First Take” with Stephen A. Smith and Max Kellerman are other influences.

In addition, changes in the show include a live-stream on their Facebook page and, according to Arvin, an unwavering hope to interview beloved former men’s basketball coach Steve Fisher. These four have big plans for improvement in order to create awesome content.

What sets them a part from other sports broadcasting shows? “Undefeated” is real and passionate.”My roommates and I decided to follow our love for sports and open up our daily living room talks to an audience,” says marketing major Andrew. One thing is clear: sports hold this dynamic team together.

Besides being DJs, Arvin, Andrew, Gautham and Trevor are third years who play on intramural teams like basketball, bowling, football, volleyball, softball and dodgeball. With their loaded course work, KCR has become a creative escape to unwind and speak their mind on a topic they all love.

Don’t forget to tune in to “Undefeated” every Friday from 5 p.m. to 6 p.m on KCR college radio. You can also watch their live-streams on their Facebook page.