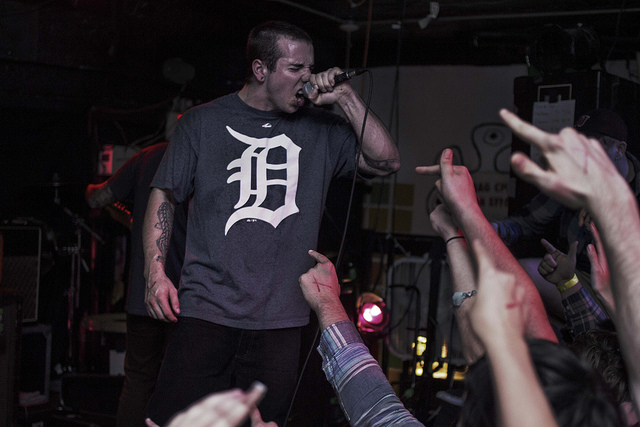 Citizen has been an ever-evolving band since the release of their 2013 album, “Youth.” The dark themes paired with heavy instrumentation and lyricism made it a fan favorite. Songs such as “Sleep” and “The Summer” set the tone early for a band still craving experimentation.

In their second album, “Everybody is Going to Heaven,” Citizen took an even heavier approach. Mat Kerkes’s vocals were much more morbid with heavy bass instrumentation. The album was almost haunting. “As You Please,” however, is the perfect mixture of the pop punk and post-grunge sound Citizen has been dabbling in.

The album opens up with their lead single “Jet” which has to be one of the best songs on the track list. Fuzz-toned guitars manned by Ryland Oehlers and Nick Hamm steadily start the song off as the drums and bass create the full sound. The shoegaze-esque instrumentation is accompanied by Mat Kerkes’ well-developed voice. He shows off his pipes and even a falsetto in the chorus, proving he has matured as a vocalist. Tracks like “In the Middle of it All,” “World” and “Flowerchild” also show off his vocal talent.

Many fans love the nostalgic sound of “Youth,” but those who say it’s better than their most recent release are completely wrong. Here’s why. “As You Please” is a post-grunge effort with heavy yet atmospheric instruments that are crisp and well-defined. For example, “Fever Days” starts with ethereal plucking that was previously unheard in Citizen’s discography. A heavy bass-driven riff then cuts off the entrancing guitar as it subtly rings throughout the song. It fills up the empty sound accompanied only by sustained guitar notes and drums. Kerkes’ aggressive vocals is the last, satisfying touch to this perfect Citizen song.

“World” is another passionate song that is well written both musically and lyrically. With its bright guitars, crisp drums, rich bass and ambient backing vocals, the song is finalized with some of my favorite thought-provoking lyrics. In the post-chorus, Kerkes sings “Split me open/Let the air out/I’m your old friend,” with so much gut wrenching grit and emotion that I can’t help but shed a few tears. His songwriting is some of the most profound and eloquent out there and, for once, it forces me to pay attention to the words, not just the instruments.

“Fever Days” and “World” are definitely favorites for their unique musicality – which was missing from the band’s previous albums. I appreciate bands that aren’t afraid to experiment in different genres, but still maintain their established sound, like Citizen. “As You Please” shows fans that change is necessary. In a scene that tends to always sound the same, this album is step forward in musical experimentation and progress.

Least Favorites: “I Forgive No One” and “You are a Star”