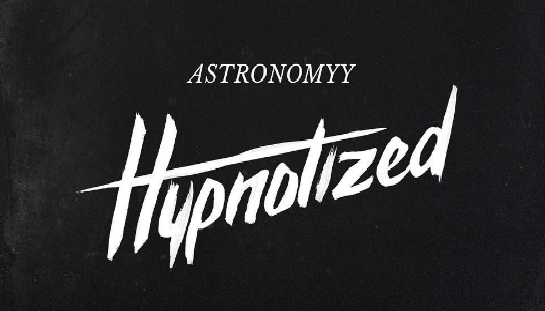 You’re traveling at a steady seventy on the highway. Beyond the illumination of the car’s headlights is asphalt blending in with a speckled black sky. Sitting shotgun could be a best friend or lover, maybe just the thoughts you force to take the backseat during the day. The car stereo blasts at a positively deafening volume, and oozing from the speaker grilles is a pop opiate perfect for night cruising: Astronomyy’s brand new single, “Hypnotized.”

Not familiar with the name? Don’t feel too out of the loop — Astronomyy releases his dreamy, surf guitar-laced R&B on his own label, Lunar Surf, and he’s also an enigmatic lone wolf — the UK singer-songwriter and producer seldom posts to social media, and virtually no videos can be found of the guy performing live. In a contemporary sphere where visual aesthetics quite often and ironically trump a musician’s sound, the virality of Astronomyy’s songs attest that good music is still what gets people listening. Thousands of SoundCloud users are addicted to the Englishman’s sound, which is something he likes to call “guitar’n’B.” Such a label is genre-blurring, but a quick listen to tracks like 2014’s “Nothin on My Mind” and the newer “Hypnotized” proves its aptness.

A Bonnie and Clyde-esque short film by Blake Atienza accompanies the new track, and the showcased romance will appeal to fans of Drugstore Cowboy or the 1975’s “Robbers” music video.