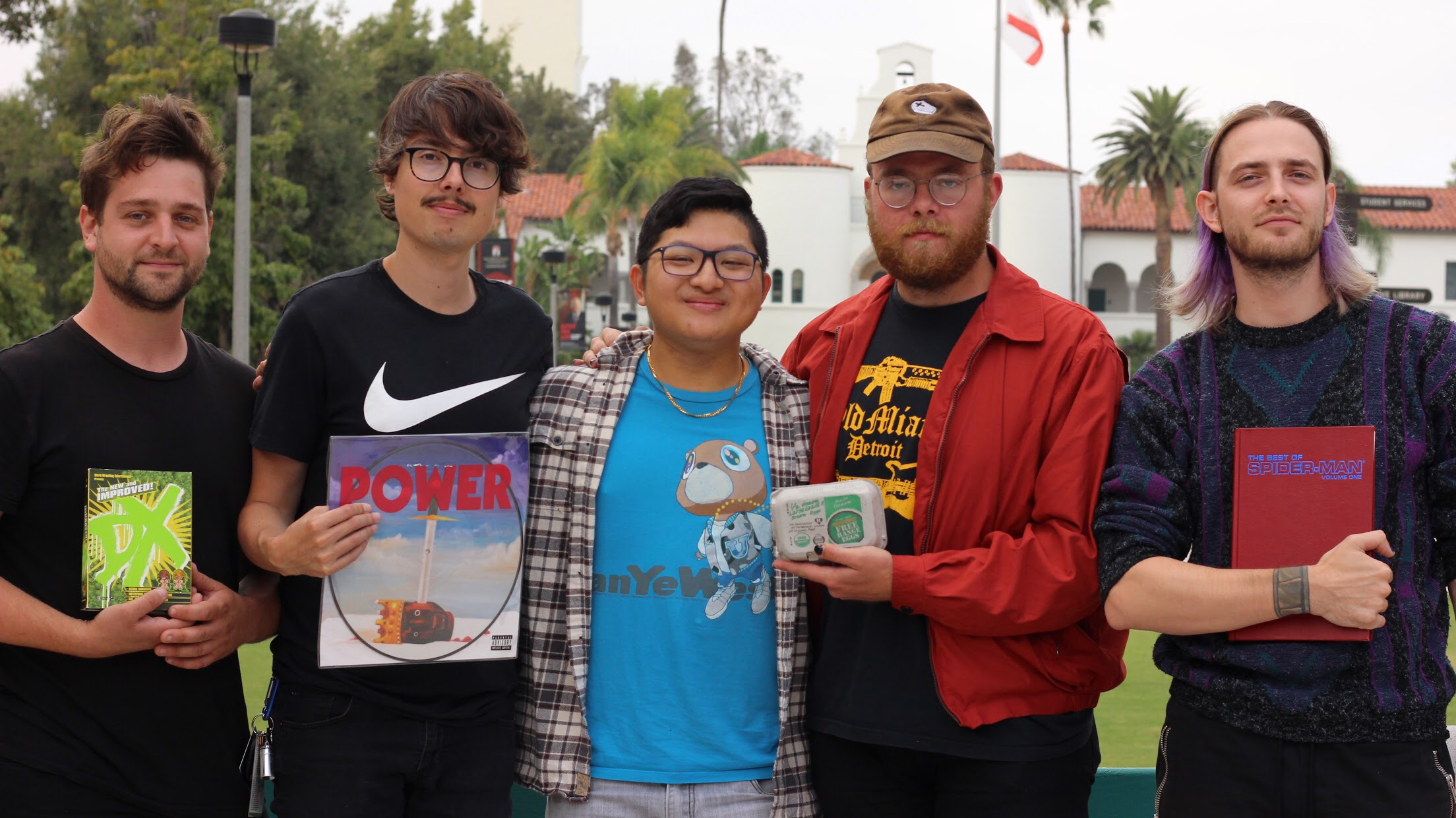 Joywave came into town on Aug. 24 to perform alongside Cold War Kids and Young the Giant. I was able to sit down and interview the band. In this interview, Daniel Armbruster (lead vocals), Joseph Morinelli (guitar), Benjamin Bailey (keyboards) and Paul Brenner (drums) answer questions that you never knew you needed to know until now.

KCR: You have so many hilarious and wildly creative music videos. Are there any concepts for a music video that you wanted to do but haven’t done yet?

KCR: For your first album, “How Do You Feel Now?,” there were a lot of samples from Disney movies, such as “Peter Pan,” “Bambi,” and even “Fantasia.” Are there any plans for clearing any more samples to use in future EPs or albums?

DA: No. Sorry (laughs). We may do that, but we did not do that for this record. Disney is the parent company for of our record label (Hollywood Records) so when we signed there, we did so kind of saying, “Maybe they’ll let us dig into the vault there a little bit?”, and we were right. They did let us and it was a fun thing. It’s notoriously difficult to clear Disney samples, so it was really cool that they let us do that for the first record.

KCR: Was the reason you signed with Disney because they gave you so much creative control?

KCR: So we’re going to move to the second segment of this interview and it’s more focused on personal questions about each of you. We’ll start off with Paul. Is it true your dad was a guard on the show, “Legends of the Hidden Temple”?

KCR: Wait… was that just a rumor?

PB: Yeah. How do you know that?

DA: Who started that?

PB: Me in high school. Seriously, how do you know that. Where did you read that?

KCR: I’m interviewing Joywave. I had to know.

PB: Sometimes people would believe me.

KCR: I mean… I believed you.

PB: It’s an age old tale that I’ve been telling for many eons.

KCR: Daniel, what would you say is the best song you ever made and why is it “Thriller 2“?

DA: (Laughs) “Thriller 2” by my old band, Vice Grip, is the best song ever made. “Destruction,” by Joywave, is a close second and beyond that, I think “True Grit” from our 2012 EP, “Koda Vista.” I think that is what I would believe to be the best Joywave song.

KCR: Who would you say are some of the biggest influences for the band?

DA: I think we generally like people who do whatever they want to do, like Kanye West. He’s an exciting person. We are all Kanye West fans, despite him releasing very similar artwork to some of our fall tour art in 2015 (Kanye West’s tour art). Damon Albarn (lead singer of Blur and co-creator of Gorillaz) is a guy who has done whatever he wanted to do throughout his career, so we all find that to be very inspiring.

KCR: Joseph, are you into baseball?

KCR: What would you say is your favorite team?

JM: My favorite team is the New York Yankees.

DA: You clearly already know this.

JM: You’re setting me up.

DA: If you know about “Thriller 2” then you know that Joey likes the Yankees.

KCR: I know there’s a famous rookie on the Yankees named Aaron Judge. Would you name your future son, Aaron Judge Morinelli?

JM: Yes. I would name my son Aaron Judge Morinelli.

KCR: Last but not least, Ben. When is the next single going to drop for the “Waterboys“(a side project with Joywave bassist, Sean Donnelly)?

KCR: What’s one question you always wished you were asked during an interview?

DA: Yeah. I do know what I don’t like to be asked. I don’t like being asked what my favorite color is, what the name of the band is, or what Joywave sounds like. Those are the three questions where if someone asks any of those three questions, the interview is over for me. But, they don’t know it and it keeps going for awhile and I just say things like, “Our band sounds like Pitbull.” [Stuff] like that.

KCR: If you could replace yourself in the band with a celebrity, who would it be?

JM: I need a minute.

DA: I also need a minute.

PB: Nicolas Cage. But, I would just want him to take my face.

KCR: So it would be like a “Face/Off”  situation?

BB: I still have to think…

JM: “Stone Cold” Steve Austin because he can give you a hell-of-a-lot better show than I could.

BB: That didn’t come out of my mouth. I didn’t say it.

DA: You were holding the mic when it was said. It was definitely you.