On October 22, we had the pleasure of seeing Alex G live at the North Park Observatory. Alex G, a once underground artist with a cultish following that has now found mainstream success, was touring in support of his new album God Save the Animals. The album marks another change of form in the artist’s discography as Alex G dives deeper into the sounds of hyperpop, ambient, and jangle rock. In tandem with the impactful brevity of his lyrics, the album is a must-listen for all music fans and a contender for one of the year’s best.

Excitement filled the room as the crowd anxiously awaited Alex G to take the stage. People were chatting about what songs they were dying to hear; some ready to hear the live interpretations of new songs  such as “Ain’t It Easy” and others were eagerly hoping to hear deep cuts such as “Message” that would acknowledge the hardcore fans in attendance. Despite the mix between old and new fans, there was a sense of community among concertgoers. The deeply personal lyricism found throughout all of Alex G’s music served as a common thread for all to relate to.

Alex G opened up his set with a faithful rendition of “S.D.O.S.”. A strong opener for sure, the hypnotizing piano melody locked in perfectly with the drummer’s tight groove and the bassist’s  simple, yet conscientious counterpoint harmonies. The whole crowd went wild when Alex G began to sing the main refrain, “God is my designer / Jesus is my Lawyer / Curled up in the Shower / High above the tower”. From there, the lead guitarist noodled on some chords before landing on the main progression for “Runner”. The crowd went wild as soon as they recognized the song and phones immediately shot up in the air. It was a masterful performance and you could tell Alex G was in the zone from the quick smiles he flashed in between vocal phrases.

As the set continued on, the energy from the crowd fed into the band’s performance. Even in spite of the mellow nature of songs like “Judge” or “Mission”, the audience found a way to dance and sway to the steady drum beats and downpicked guitar melodies. When the band broke into one of their heaviest songs, “Brick”, there was a drastic change of pace. The lights quickly changed to a dark red hue as the lead guitarist played the abrasive opening riff. Suddenly, Alex G began banging on piano keys, focusing on creating a cacophony rather than harmony, and screaming into the mic. The energy was so high that Alex G was hovering above his piano seat which nearly knocked over the microphone and keyboard at a certain point. His wide range of artistry was on display with this chaotic juxtaposition of sound and performance.

Another highlight of his set was the live rendition of “Gretel”. The sped up, autotuned intro played longer than the studio version, building up tension before erupting into the main riff. Alex G opted for doubled distorted guitars instead of an acoustic to give the song a heavier feel. Along with the crashing cymbals, the new arrangement felt as if the band was debuting a new song that was almost Pixies-esque with the loud-quiet-loud structure.

The crowd was very much in the mood to dance, and two heavy mosh pits opened up quite early in the set. The rest of the show consisted of a great mix of old and new songs, and for the encore, he asked the crowd to yell out songs they wanted to hear, or hold them up on their phones. The singer-songwriter ended his set with a six song encore, playing older, more well-known songs like “Mary”, “Sarah”, and “Gnaw.” 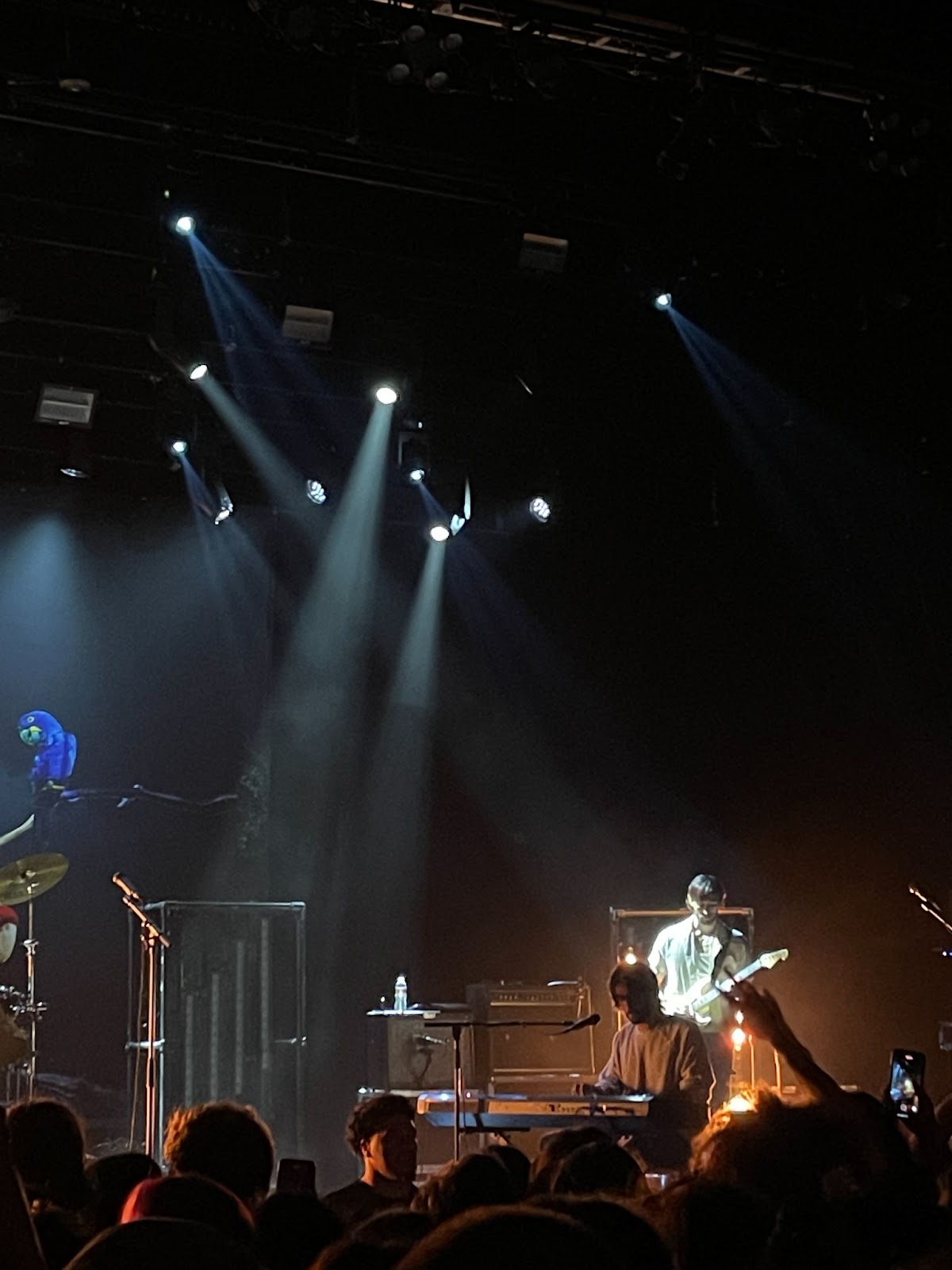 It was very exciting to see how far Alex G has come, as he continues to hone in his sound and vary his discography with each release. The instrumentation and production quality of this concert was very professional, and the music really stood out while still having the vocals mixed in a perfect amount. We are excited to see which direction Alex G will go next as he continues to blossom as a rising singer-songwriter in the music industry.