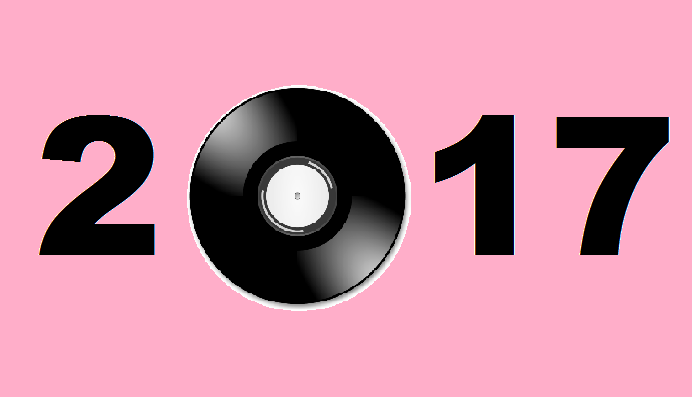 Last week on the KCR Blog, I posted a shortlist of albums scheduled for release in 2017. If you’re reading this on Thanksgiving Day, then your jeans are probably half-unbuttoned (or missing completely) as you moan about having eaten too much pumpkin pie. And if you’re tired of hearing your middle-aged cousins argue about the outcome of this year’s presidential election, then relieve yourself of some auditory pain and check out the older post, which you can find here.

As a note, these albums are listed at random.

Back in fall 2015, Arcade Fire’s Will Butler revealed the band was about “30 percent into a new record.” The album’s name (along with any other juicy details) remains a mystery, but after their last LP – a praised project that received too many accolades to count – Arcade Fire has set some pretty high expectations for itself. Reflektor (2013) was recognized to be ambitious, but not too ambitious – risky, but impressively so. It’s not common for a band to ceaselessly improve without faltering a few times, to share new music that always seems to outshines its previous offerings. But Arcade Fire are committed to go-getting, and whatever happens in 2017 (probably spring, they say) will probably continue the cycle of excellence. International, festival-loving fans will get the chance to see the Canadian indie rockers as they travel throughout Europe and the UK in June 2017.

There’s two virtual bands that everyone knows about: Alvin and the Chipmunks and Gorillaz. However, the latter group is obviously more important, especially because its non-virtual members, British producers Jamie Hewlett and Damon Albram have reportedly completed another Gorillaz album, which, like Fleet Foxes, will be the band’s first in five years. The untitled 2017 release will follow The Fall, which was entirely recorded on an iPad during the group’s North American leg of the Escape to Plastic Beach World Tour. Receiving mixed reviews and no significant acclaim, the app-created record was still regarded to be Gorillaz-esque – unique and experimental. This time around, Hewlett and Albram are back to being in real studios, while iconic trip hop group Massive Attack and Chicago-based rapper Vic Mensa are rumored to feature on the forthcoming record.

It’s been a half-decade since Seattle outfit Fleet Foxes released Helplessness Blues, a warm, feel-good folk record that defied the concept of sophomore slump. The album largely represented a new horizon for the band, whose eponymous first full-length lacked the talents of multi-instrumentalist Morgan Henderson, bassist Christian Wargo, and drummer and vocalist Joshua Tillman, all of whom were involved in the recording of Helplessness Blues. Aside from a line-up change, the group embraced a rougher sound, one that contrasted the pop of their debut, best demonstrated through tracks like “Winter White Hymnal.” One year after the acclaim of the sophomore release, things had changed yet again. Tillman decided to fully commit himself to soloing as Father John Misty (most recently putting out his I Love You, Honeybear LP last year), and in 2013, Fleet Foxes went on hiatus – until now, that is. Frontman Robin Pecknold has hinted that a new record is definitely in the making, and that it’s called Crack-Up, after an F. Scott Fitzgerald essay of the same name. Perhaps Crack-Up and all its supposedly craziness will be just as memorable as the writings of the Lost Generation member. Pecknold has also Instagrammed a previous of the new album’s artwork, but a release date hasn’t been announced.

In case you all didn’t know, The Flaming Lips have been really busy in the studio. Yes, they co-produced Miley Cyrus’ latest experiment, Miley Cyrus & Her Dead Petz, but they’ve also been working for themselves. January 13 will grace Flaming Lips fans with the band’s billionth – or fifteenth – album, Oczy Mlody (via Warner Bros.), which, judging by its title, will be 12 tracks of anticipated quirk. Already available for listening are “How??” and the record’s lead single, “The Castle.”