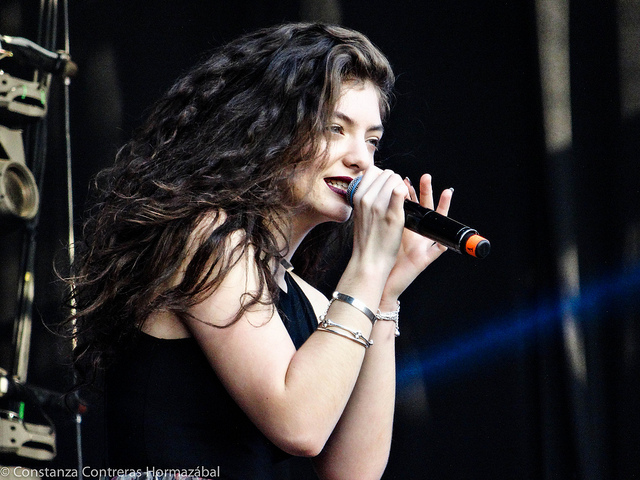 In a defining year of political corruption, social upheaval and arbitrary violence, music drowned out the negativity and created positivity. Five albums, however, stood out and deserve recognition for their lyricism, instrumentation and raw ingenuity.

5. “Ti Amo” – Phoenix
Amidst France’s political unrest, French synth-pop band Phoenix forged an album that combated the antagonism ravaging the country. Despite its lack of mega radio hits such as “1901” and “Lisztomania,” this album brings about an ’80s vibrancy unheard of in the group’s previous works. The record meets the perfect balance of overproduced dance pop and head-bopping New Order inspired brilliance. The song “Ti Amo” incorporates sampled drum beats and brightly toned guitars that blend well with the simplistic but funky bass line. “Fior Di Latte” is another standout for its crescendoing hook and sexually charged lyrics that reference a velvety Italian cheese; it’s a fitting acknowledgment for a luscious and sensual song. Thomas Mars, an experienced and masterful vocalist, handles his talent with unsurprising grace. His falsettos and playful vocal melodies shine through. The real star, however, is the New Wave synth based elements that emphasize the band’s musical aesthetic. The quirky effects and lighthearted instrumentation add to the album’s bubbly theme of love, lust and romantic desire. It’s ear-wormy, and portrays Phoenix in a new light.
4. “As You Please” – Citizen
Citizen’s “Youth” is a nostalgic effort beloved by many. With tracks such as “The Summer” and “How Do You Feel?”, Citizen’s sound is a mixture of pop punk with grunge undertones that has been perfected in their most recent release. “As You Please” is a product of the band’s development instrumentally, vocally and lyrically. Songs such as “Fever Days” and “World” are aggressive in terms of Mat Kerkes’ vocal performance, as well as the heavy bass drawn throughout. Maturity is shown in Citizen’s writing, producing an expressive and quite distinctive album that is the best they’ve ever put out. The atmospheric layering paired with heavy instrumentation is a fitting interpretation of the band’s shoegaze sound. They have truly found their niche in the scene.
3. “DAMN.” – Kendrick Lamar
During a time in our country where social instability rocked our lives, “DAMN.” provided us with a solid foundation. Lamar’s lead single, “HUMBLE.”, was a teaser to the ferocity and aggression found in every aspect of the album. The beats, rhymes and unparalleled tales of strength and struggles overwhelm this 14 song track list. Songs such as “DNA” and “ELEMENT” show off Lamar’s hyped vibrancy and unrelenting lyricism that packs a powerful punch. Kendrick’s versatility, however, allows him to slow some tracks down while maintaining his storytelling prowess. “PRIDE.” and “FEAR” are honest and vulnerable, yet precise and compelling. His eloquence is what makes this album shine. Combine that with clean beats and features by Rihanna, Zacari and the surprising U2, and you have one of the best rap albums of this generation.
2. “Melodrama” – Lorde
Similar to Kendrick’s punctual lyricism, Lorde’s writing talent is also honest and true to herself. Heartbreak and pain resonates in the heart’s of her listeners in ballads such as “Liability” and “Sober II (Melodrama).” Her wisdom is defining and unheard of in young women her age. Against the simplistic piano chord progressions and a subtle string section, Lorde’s whisper-y vocals sound like a roaring clap of lightning. Her bona fide talent as a singer songwriter sounds mastered at her age and is quite unbelievable. In tracks like “Supercut” and “Homemade Dynamite” the bright yet melancholic melodies are pleasurable to the ears and to the soul. Lorde’s passivity to her sadness allows beautiful lyrics that contrast bright musicality: an ode to the album’s message. Despite her young age, “Melodrama” is an astounding release that not only conveys feminine strength in times of trials, but the realization that being alone is important. Lorde is an old soul who had an epiphany and is not understood by many. This album is a masterpiece, telling a story of sadness, fear, denial and acceptance. Not to mention, the production does not follow the predictable formula found in pop songs. This is an album dedicated to the broken, providing an aid of advice and honesty.
1 “SATURATION II” – BROCKHAMPTON
Rap “boyband” BROCKHAMPTON have quickly risen to stardom after the release of “SATURATION.” Since then, their fanbase has grown and the group has made a name for themselves solely based on bedroom recordings and DIY production. This group radiates a chemistry that is admiring and charming. Their sound, however, is far from the cookie-cutter hip hop formula or the incoherent mumbling of Soundcloud rappers. Instead, they have created their own BROCKHAMPTON sound that is unique and genuine. “SATURATION II” is the second installment to the trilogy laden with perfectly balanced voice modifications, aggressive beats and pleasurable hooks that grab one’s attention immediately. Through just the opening song, listeners can already foresee the direction of the album. The track is packed with unorthodox, layered beats that shouldn’t go well together, but do. Mix that with insightful lyricism and one of the catchiest hooks on the album, and you have “GUMMY.” This album definitely has a focused cohesiveness to it. From the transitions, melodies, themes and overall production, “SATURATION II” is the best material this rap collective has released to date. Tracks such as “TEETH” and “JUNKY” show each members’ skills as writers. Ameer Vann’s solo verse on “TEETH” is angry and hard-hitting as he raps about his struggles during childhood. Anger resonates with listeners and can also be felt in “JUNKY.” Here, the band takes no breaks, spitting verses that reference to the members’ dark and deadly inner demons. With a haunting and eerie vibe, this song is one of my favorites. The career defining moments this album holds will make a lasting mark on this rap boyband. Their goals are clear and their methods work, and I hope this dynamism is still strong in their following projects.
Featured image taken by Constanza Hormazábal