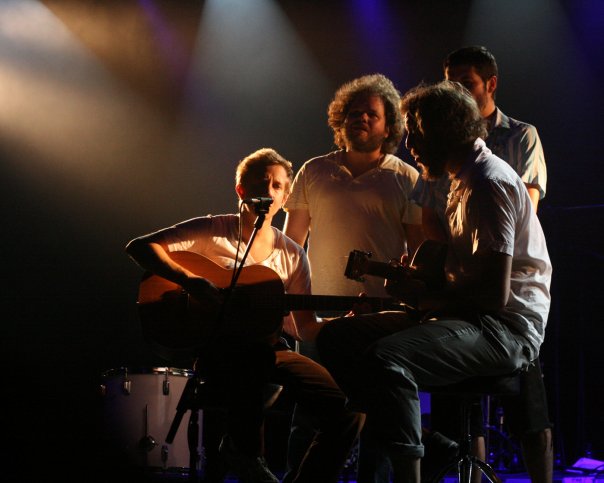 Whether you pronounce Bon Iver’s name as “Bon Eye-ver” or “Bon Ee-vair” or “Bony Bear”, we can all come to a consensus that Bon Iver has been in our autumn/winter playlists ever since he came out with his first album, “For Emma, Forever Ago”. In his past albums, which includes “Bon Iver, Bon Iver”, the indie folk group maintained a more soothing, folk sound and inputted lyrics that pulled right at your heartstrings.

We’ve been waiting a long time for a new album to be released and finally, after five years, a new masterpiece was given to us. Their new album, “22, A Million” strips the group’s usual slow and relaxing music and creates a totally new sound for Bon Iver. “22, A Million” was released in late September and is the third album to be made by Bon Iver.

In a press release, Bon Iver’s main singer Justin Vernon stated that “22, A Million is part love letter, part final resting place of two decades of searching for self-understanding like a religion. And the inner-resolution of maybe never finding that understanding. The album’s 10 poly-fi recordings are a collection of sacred moments, love’s torment and salvation, contexts of intense memories, signs that you can pin meaning onto or disregard as coincidence. If Bon Iver, Bon Iver built a habitat rooted in physical spaces, then 22, A Million is the letting go of that attachment to a place.”

Something unique that stood out in this album was Bon Iver’s new way of conveying feelings through their music. In past albums, it relied solely on their lyrics and the way the instruments interacted with each other. In “22, A Million”, they branched out and started using new techniques in their music such as more auto tune and a new technique called “the Messina” (named after their engineer, Chris Messina) in which they were able to harmonize Vernon’s vocals with live musical instruments. Most of the vocals in this album are heard to be more distorted, almost alien-like, adding a different/unique flair to this album compared to his past albums. You’d think that it would take away from the raw emotion of brilliant, heart-felt lyrics, but as I said earlier, it’s simply just added techniques to convey different aspects of how Vernon is feeling. Take a listen to their new album and don’t forget to listen to my radio show at 11 PM on Tuesdays!