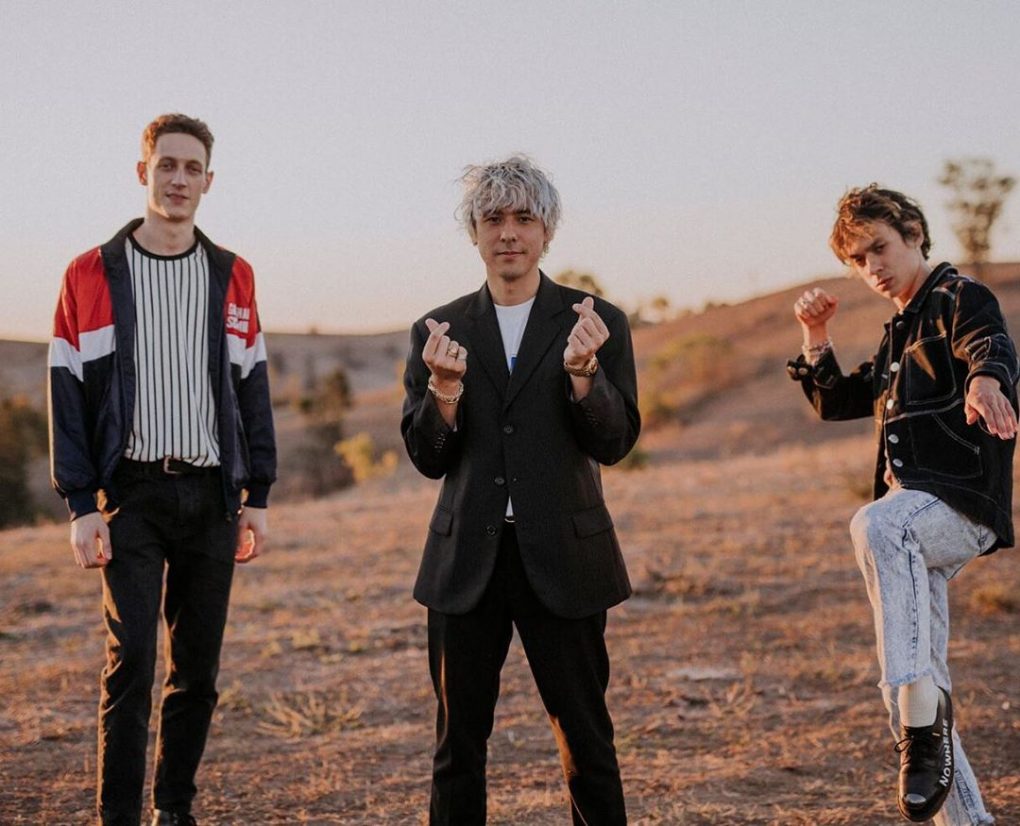 On October 5, 2018, Last Dinosaurs released their new album, Yumeno Garden, which is a ten-track record with a completely revamped, refreshing sound. Each track is different yet embodies the mix of pop-synth and indie rock that Last Dinosaurs is known for.

The band has only recently started touring around the United States among other countries but has made big hits all over the globe — showcasing their talent at many major cities. They recently played in Chile, Brazil, Peru, and Mexico and are now on a tour around the United States. The band made an appearance in San Diego last month at SOMA, on October 29. This will be their first time in San Diego!

Yumeno Garden was the Brisbane trio’s first release since Wellness, their second album, in 2015. It was anticipated by fans all around the world and definitely has a different but great shift in sound. This new record is a lot more punchy, in the face, and clean but in the best way. The band definitely mixed things up when putting these new songs together. There is an experimental feel to it, yet still maintains the backbone of sound that Last Dinosaurs established in their first two albums.

After their first two, successful albums, In A Million Years and Wellness, the band established themselves in the music community, especially in the indie rock and pop areas. Old tracks such as “Zoom” and “Honolulu” are well known among indie listeners. The last two albums were guitar and synth riff-centered, their new music sounds very full and more lively. The drums, bass, and overall production is boosted and shows a growth within the bands sound and a newly developed sense of maturity. It is a lot less indie rock and a bit more psychedelic and progressive.

I would best describe the genres of this album as a mix of indie rock, disco and a bit of psychedelic pop. There is definitely more synth and a grittier sound with more distortion on the guitar and vocals than before. Each track has its own unique progression and solo with great lyrical hooks and meanings. Yumeno Garden is a positive and catchy album and is one I never get sick of listening to it.

The album starts out more upbeat, with “Eleven,” “Dominoes,” “Bass God,” and “Sense.” These songs evoke an indie rock tribute, being primarily catchy electric guitar and synth riffs with a faster-paced rhythm section behind them. The second half of the LP sounds more 80s inspired, with slower yet groovy tempos and feelings.

One of my favorite tracks has to be “Shallow Boy.” The song is built up to the choruses, which are distinctive and melancholy with different synth leads overpowering each other and various stops. The verses in this song sound like they are riding a wave accompanied by funky guitar strums and hard hi-hat and snare hits.

The band has recently released a new single, “FMU,” an upbeat funk indie-pop song that has great build-ups made by catchy guitar chord progressions and descending melody line. The bridge slows down and gradually brings the song back into place through great drum fills and bass lines that move so smoothly they’re hardly audible. We can see from this new single that Last Dinosaurs is definitely headed in a new direction, adopting changes around their previously rooted sound. I, for one, am excited to see where they are headed next.