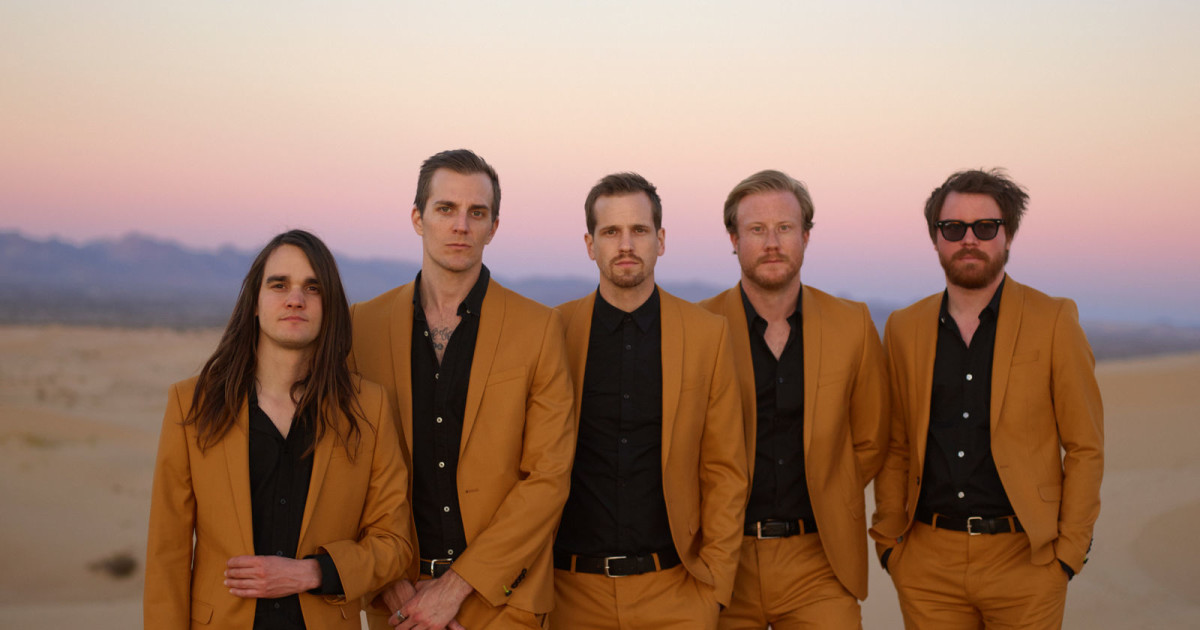 For this last You Should Know post of the semester I talk about one of my all-time favorite bands, The Maine.

Normally, I would recommend some of my favorite songs from the band and explain why I like them, but my love for The Maine is based on a lot more than just their music.

I’ve been listening to The Maine for over eight years now. They were my first concert in 2011. I’ve grown with them along the years, and have been able to see them create a personal and unique experience through what they do.

Of course it all begins with music.

The first album of theirs I got was 2011’s Pioneer. It remains on my favorite albums list; “Like We Did (Windows Down)” and “Don’t Give Up On “Us”” are still two of my favorite, most listened to songs today. I actually heard the entire album live a couple weeks before its release, front row in a small venue on the tour to present the album. Listening to the music itself provides quite a raw and personal feeling, and the live concert emphasized that even more. Eight years later and The Maine has only made that experience feel even more special. Despite playing bigger venues, having a larger fanbase to play for, and having more responsibilities as a bigger artist, The Maine is still the same sweet group of people who go way above and beyond to make their band meaningful, and create a family within what they do.

The Maine understands the importance of the band’s relationship with their fans.

The question “Why would you pay money to meet a human being?” sums up their philosophy, and led to free meet-and-greets and even a 100% free tour. The Maine have kept that personal feeling all throughout their career because they stay true to their humanity. They would have gotten nowhere without their fans, and they know that. Fans of The Maine made it possible for them to independently release albums, because at the heart of everything is the love and support for the music.

Their music has always been very candid. “Happy” and “Waiting for My Sun to Shine” (and its hidden track) deal with depression/sadness and “24 Floors” poignantly tells the story of frontman John O’Callaghan’s thoughts of taking his own life. Speaking about these topics allowed for their listeners to find solace in the band and in each other. That connection created the 8123 Family, the band’s fanbase that is so much more than that.

The 8123 Family is always there for each other, and that includes the band themselves.

From giving fans free tickets to shows, to randomly sending fans flowers or coffee, The Maine is always looking out for the people that love them and loving them in return. They take giving back even farther with 8123 Impact. In select cities on tour, the band organizes charity events for fans to take part in, including volunteering at food banks and other local organizations. And you can find the band members right there alongside the fans, all working together to help make a difference.

In everything The Maine does, it is so obvious that they truly care. The love they put into their work is like no other. And the love they receive from their fans in the 8123 family is quite special, too.

Become part of the 8123 Family and listen to The Maine’s newest album You Are OK here.